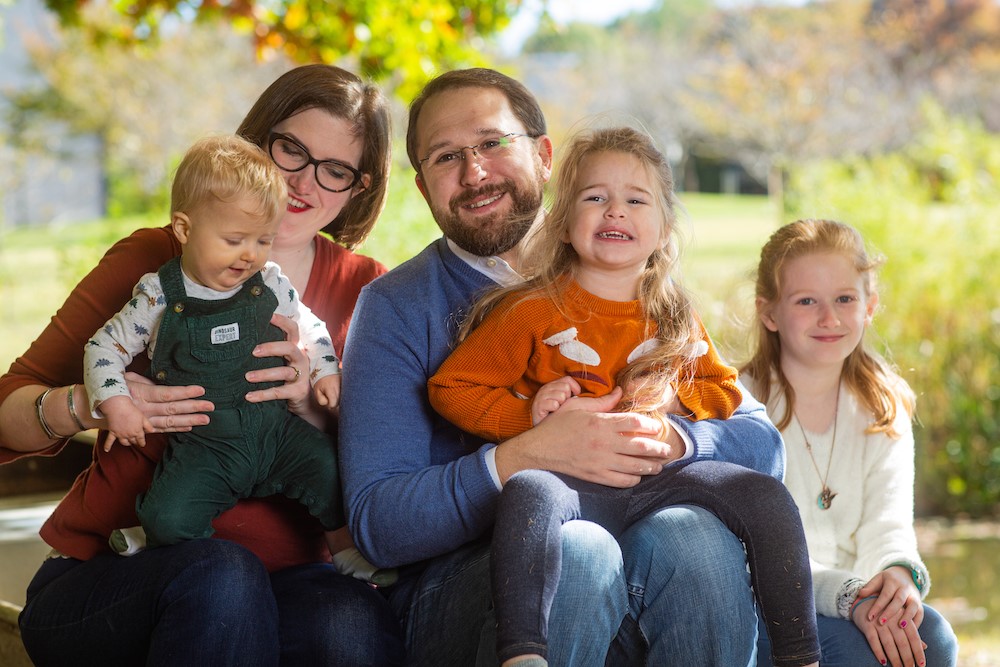 How Dan Gives: From Grantee to Donor

In our Client Stories Series, we share how current DonorsTrust clients use us to advance their charitable goals. This month we feature a member of our Novus Society – a program created to help younger professionals start early and think strategically about their giving. You can read the previous feature about Susan and her account here.

Dan Rothschild is part of DonorsTrust’s Novus Society. During the day, Dan is the Executive Director for the Mercatus Center at George Mason University. In this interview he shares how, through Novus, he has been able to shift his thinking as a charitable giver himself and establish habits and a strong foundation for a charitable legacy that will serve him later in life.

How long have you, Dan Rothschild, known about DonorsTrust?

I’ve been part of the liberty-oriented, Washington-based ideas world for about 15 years. As far back as I can remember, DonorsTrust has always been part of the community, but I only really got to know more about DonorsTrust in the last five or six years, since I became the Executive Director of the Mercatus Center.

So, you’ve mostly seen it on the grantee side until a couple of years ago. What made you decide to take the leap from being a grantee to a donor?

I think there’s two different answers to that. The first was that the Whitney Ball Society created the $500 match for new Novus members. So, that was the initial impetus to it. But I think that the other part of this is, it’s one of the things that I did as part and parcel of moving into “middle age.”

I remember when I had my first summer job in college. I went and I took $1,000 of my earnings and I opened an IRA. That was a step in the right direction. My parents, from a young age, encouraged me to give money to good causes, to save money for retirement or whatever else. I learned in a high school economics class about the magic of compounding.

But when you get into your thirties, you don’t want to be saving the same way that you saved in your teens. You probably want to think about your charitable giving in a different way as well. So, I see this as part and parcel of moving from throwing a few bucks into an IRA to really getting to plan for retirement. It’s the difference between giving a few dollars away philanthropically and beginning to really think about what it is that you want to achieve through your means, however a large or small those may be.

That’s great. And so, how has being part of Novus shifted that thinking? How has your thinking about it changed?

A big part is just, through Novus, talking with other people who are my age and in similar life situations about [giving]. I’m sure like most people, many of the conversations that I have with philanthropists are with people who are giving much more, in many cases orders of magnitude more, to important causes than I am. And so, sitting next to those people, or working with them, or talking with them, or learning from them, it feels almost preposterous to think of myself as in the same league as them, or even playing the same game. It feels like a junior high playground basketball player comparing himself to an NBA GOAT.

Being able to have dinners and conversations with people who are similarly-situated about, not just receiving funds as recipients of philanthropic generosity, but of actually thinking of ourselves giving in that capacity as well, has been a really interesting and productive mental exercise.

Do you remember the first time you really thought of yourself as a philanthropist and made that mindset shift? Was there a moment?

I’ll give you the wrong answer on that. I’m still not sure that I totally do, and I’m not even entirely comfortable with the term philanthropist because it seems to set out people as a distinct group. Read Dick Cornuelle’s work on the “independent sector” and the professionalization of philanthropy, or Howard Husock’s new book, Who Killed Civil Society?

Being a philanthropist is something that everyone should do just by virtue of being a member of society. So, regarding the idea that there is a separate class of people who are philanthropists, I consider that to be coterminous with the idea of citizenship. Some people are philanthropists through the funds that they give, some give their time and talents to organizations. Some play important roles in building and preserving civil society through work with religious organizations or directly in their communities. All of these things are equally valuable, and I think that they are exercises of citizenship rather than something separate that is philanthropy.

That’s an interesting way to look at it. Yeah, you’re right. It’s the opposite of how I think about it. But I don’t disagree with you. I think it’s just where you put the emphasis. Is there any particular nugget you’ve taken away from your role in stewarding giving at Mercatus?

I think it’s absolutely true that everyone leaves a legacy of one kind or another. Most of us aren’t capable of leaving the kind of legacy that involves buildings, or universities, or hospitals being named after us. But the people who have been the most committed supporters to Mercatus are the people who really see how the work that we do as an organization fits in with the legacy that they want to leave. And so, even though I hope that I’m not at the halfway point of my life yet, because of what I’ve learned from the way that they think about that, I’m already beginning to think about what I want that legacy to look like.

Speaking of legacy, where do you and your wife focus your giving? What causes gets you excited? Is there a particular kind of organization or organizations?

Second, one of the things that I did when I was part of the research team at Mercatus was I spent a lot of time in Louisiana and Mississippi after Hurricane Katrina looking at community revitalization and rebound. One of the hardest things to do after a natural disaster is to get money to people. Finding organizations that have the capacity to quickly get money into the hands of people who are going to use it to rebuild their homes, their businesses, and their communities is actually a pretty daunting task.

So, one of the things that I learned was if you can find a religious organization that’s on the ground, that has a decent amount of infrastructure, they are typically very good at finding people in their congregation or in the wider community who can use even small grants really effectively. Through DonorsTrust, I’ve been able to identify some of those organizations and give to them.

This is one place where I think that anonymous giving is really important. It’s simply for the reason that, when I see a natural disaster or a crisis unfolding, I’m likely to give once to that. It doesn’t do the organization any good to put me on a mailing list going forward. So, what I want to do is to put a few dollars into the hands of people who can make a difference with that money right away, but I don’t consider it an ongoing philanthropic investment.

And then, the third part of this, and this comes to the nature of savings through DonorsTrust, when our kids’ JCC preschool started fundraising for a new playground. New playgrounds are really expensive, and the kind of playground that they wanted to build certainly doesn’t come cheap. But when we looked at the money that we’d amassed in our Donors Trust account, we realized that we would be able to make what is for us a pretty significant gift to building this new playground. So much so that we were able to make a naming gift to the playground.

We’ve got one currently in preschool, one who’s an alum, and one who will be starting this fall, but their name is on the playground and that will spark a conversation in the coming years about what it means to give, what it means to be a citizen, and how to be a philanthropically active member of your community.