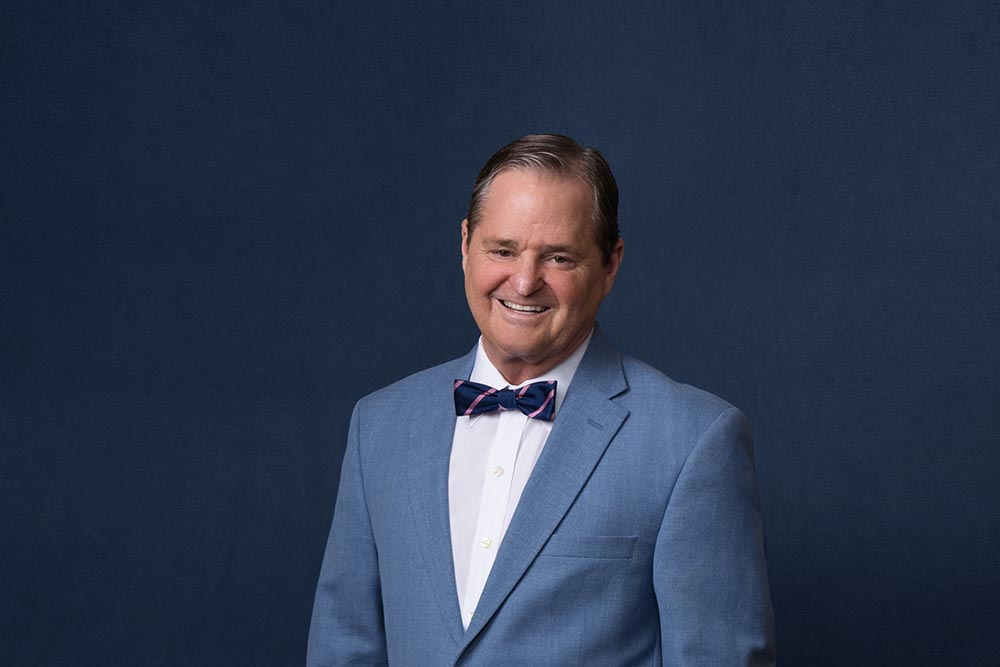 How Michael Gives: A Hands-On Approach to Grateful Giving

This is a continuation of the Client Stories series where we interview real DonorsTrust clients to hear about how they think through their philanthropy and how a donor-advised fund helps them achieve their charitable goals. You can read last month’s article here.

Michael Maibach has been with DonorsTrust from our earliest days. As you’ll discover in this interview, his charitable investment is more than merely financial. He commits a great deal of time to organizations through the liberty movement, and I’ll frequently bump into him at events around Washington. He is like so many of our clients, who use us as a like-minded partner to handle the trickier or more cumbersome parts of giving in order to focus on philanthropy.

How did you come to DonorsTrust. I presume it was from Whitney [Ball]?

Yes, absolutely.  I first met Whitney through friends in ‘87, before she started DonorsTrust in ’99.  Right about then I had created a charitable remainder trust.  Honestly, I didn’t understand what DonorsTrust did for its partners.  In 2001, I opened a foundation for my giving.  Two years into that I mentioned this to Whitney, unhappy with the paperwork and additional tax return costs, etc.  It seemed like a lot of bureaucracy just to give away appreciated Intel stock.  She replied, “You don’t need a foundation to designate gifts.  You can do it through us!”

Did you roll the foundation over?

No, I closed it and put some funds in DonorsTrust.  My main focus now with DonorsTrust is the management of gifting real property and fine art.  I own or have invested in several properties and my art collection has become substantial.  As I consider giving some of this to good causes – what non-profit wants or even knows how to monetize art?  In addition, to leave real property in your will leaves the recipient with the same challenge of handling a non-liquid asset.  As I update my will, I’ve asked DonorsTrust to help me find a smart way to gift both homes and artwork.  A donor-advised fund lets me streamline that giving.  This especially makes things much more manageable for the cause to which I may give.

You have a lot of different ways you engage with philanthropy, and you give to a lot of groups.

I don’t take cruises and have been asked not to golf!  Now that I’ve ended my 40-year business career, my avocation is institution building for those non-profits focused on civic education.  Today I serve on a fair amount of non-profit Boards and love that work.  As a fellow who worked for Andy Grove at Intel for 18 years, my management skills are keen.  Intel had a very robust management culture.  Today I give lectures to business school students on the lessons we learned there – and use Andy’s High Output Management book as a primary source.  While all my Board service involves annual giving, that is just the beginning of the contribution.  I love helping non-profit staff advance their goals and enhance their financial and program development – which should rise together.  There are all kinds of insights and techniques to building non-profits – through partnerships, branding, internships, fellowships, et cetera.

I hear you are doing something related to the Electoral College.

In 1913 the Progressives passed the 16th Amendment to create the income tax.  This began the process of sending significant tax dollars to Washington.  That same year we saw the 17th Amendment provide for the direct election of US Senators.  Those two Amendments concentrated a huge amount of government power in Washington. And with both came the weakening of the idea that we are a Nation of States with limited national power.  Now there is a concerted Progressive effort to fashion an end-run around the Electoral College. The campaign is called the “National Popular Vote State Compact.”  If we lose the Electoral College, we lose the two-party system, nationwide Presidential campaigns, and much more.  A candidate for President would no longer have to focus on winning states, just major population centers.

So in early July I launched The Center for the Electoral College.  The 2020 US Presidential race already includes several candidates calling for its abolition, or the end-run scheme.  I couldn’t find the existence of such a Center, so I was happy to put this new plane into the air!  The Center will be an on-line source for the best books, essays, speeches, testimony… and videos in favor of this part of the Founders’ Federalism.  We already have a CEC Scholars Council of 30+ professors, a CEC Policy Council of political experts, and a CEC Speakers Bureau that is growing nicely.  Our goal is to offer speakers in all 50 US states by the end of the year.

My modest plan had been to build it up to a real gem of an organization on my own for the first year.  However, a Western state conservative think tank has already approached me about making it a subsidiary of its organization.  The odds are this will happen and give the Center the solid staffing it deserves.  Only in America does such civic entrepreneurialism exist.  Alexis De Tocqueville – one of my favorite writers – would be pleased.

What binds together all of those philanthropic interests?

Pretty much, “How do you to sustain the American Republic?”  The Nation is quite divided, and this is harming the fabric of our culture.  Too many of us no longer feel a sense of gratitude for our inheritance.  All good things in life begin with humility, and gratitude is at the heart of humility.  Too often today we see political leaders who – instead of being grateful – seem resentful.  We absolutely have problems, that’s life.  But no other nation has the world’s oldest and wisest Constitution – ours.  When one focuses on resentfulness, a sense of entitlement and a zero-sum mindset take over.  Being grateful engenders building.  Being resentful engenders taking down.

When did you make that shift from business to nonprofits? Or were you engaged philanthropically in your business career?

When I was in college, I was elected to the Dekalb County Board just after the 26th Amendment took effect.  This meant I was the first American elected to public office under 21 years of age in US history.  So I’ve been engaged in civics for a long time.  In 1983, I attended my first meeting of the Philadelphia Society – which is where I met Russell Kirk, Milton Friedman, and William F. Buckley!  I’ve been attending their conferences, Heritage meetings and much more ever since…  When I retired from international business in 2012, I wanted to invest more time and resources in our Republic’s health.  I had invested most of my energy supporting free markets.  It was then time to look at both free people and free markets as one.

You don’t have children, but you have a lot of “charitable children” that you are thinking of.  As you plan your charitable planning, how do you approach the idea of legacy?

In a modest way, I will choose those organizations large and small that seemed to have a sustainable and worthy mission, and that are well-managed.  “From strength to strength” one might say.  My estate planning is set just now, but every five years I re-visit it as things change.  Recently I joined the Board of Trustees of the Institute of World Politics.  So my engagement there is now deeper than before.  Plus, DonorsTrust and I have to devise a better way in the area of art and real estate!

Well you clearly haven’t lost hope, because you are still invested involved in all these things.

As a Christian we stay positive and true to key values.  Plus, this is a great country, with the best and oldest Constitution.  I’m betting on America!