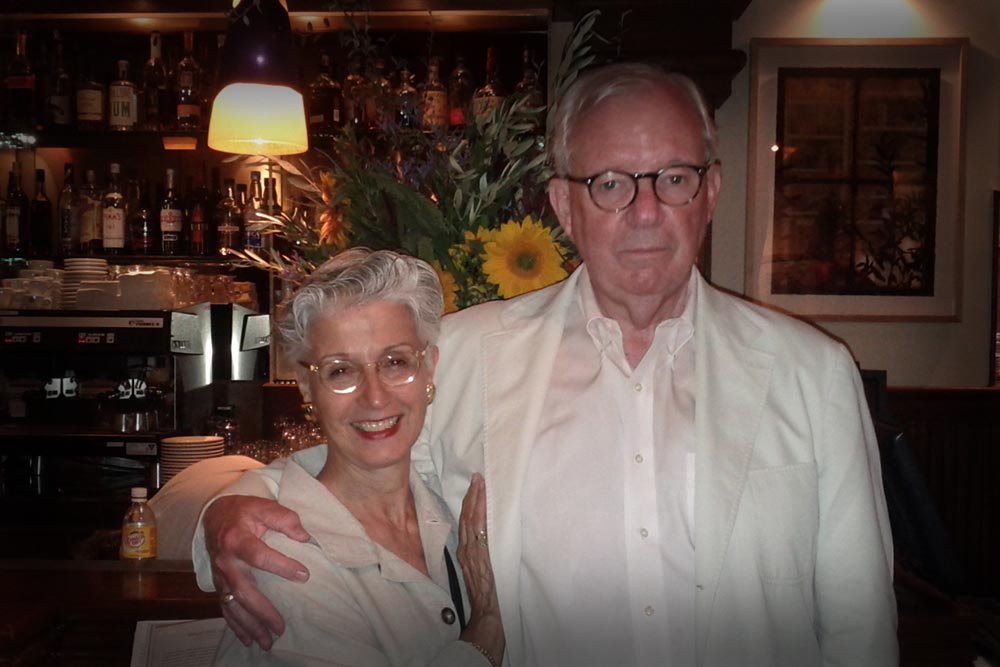 In our Client Stories series, we share how real DonorsTrust clients use their donor-advised funds in different ways to achieve their charitable goals both in life and after. This month we feature one such couple who has set up their fund as a bequest account using it to steward their charitable legacy. You can read last month’s feature here.

Susan and Stephen Jordan are part of an important subset of DonorsTrust clients – while they don’t use their donor-advised fund as a charitable tool in life, they’ve established a Bequest Account with us. After their deaths, any assets they designate for charity will flow to their donor-advised fund. DonorsTrust will steward those gifts over a number of years, following the donor intent plan they leave behind. The Jordans recently updated their plan. In this interview, I ask Susan about the process of making that update, how she and Stephen approach philanthropy in general, and how their giving priorities have changed over time.

You’ve spent many years helping organizations with their fundraising. How did your experience of raising funds influence your thoughts on your own charitable giving?

Actually, my early career was in financial services in San Francisco and Chicago —working in research analysis and portfolio management. In that scenario, I was actively involved in helping both individuals and institutions with wealth growth and preservation. Since several of my clients were private foundations, that was my first introduction to the significance of charitable giving. With my career change to fundraising in the nonprofit sector in Chicago and Boston, my work has been with individual and institutional donors—including corporations and foundations. My work in nearly every area of the nonprofit sector has enhanced my awareness of the importance of due diligence in selecting which nonprofits to support.

You bring up due diligence. Does that mean, perhaps, that you are more critical and ask more questions than your average donor?

I guess I would be more critical and I do ask more questions! I think that’s from having worked on both sides of the fence, if you will – the investment side and the fundraising side. It has made me more critical and more interested in delving very carefully into all the aspects of the specific non-profits that are important to me and Steve.

As you ask those questions, is there one that you think is more important? Maybe something around personalities, or financials, or mission?

Certainly the mission has to resonate with our values, and then we look at leadership and financials. We also look at the specific organization in its realm. Are they unique? Are they duplicating a mission that is already being done by other organizations? I’ve seen this happen in a number of instances, which always makes me scratch my head. If someone down the block is doing the exact same thing, perhaps they should merge or find some other way to move forward. I think it complicates things for donors, especially if the organization names are similar, and they are left to wonder “how is this organization different than the other?” We need to simplify things for donors so they don’t get confused and can understand what the unique mission is for each organization doing charitable work.

How do you go about getting answers to all these questions? Do you do internet research, or do you call the office, rely on referrals?

I do my homework first. I study their website. In making our updated selection of charities to include in our donor-advised fund, beyond just studying the website, we made phone calls. In some cases I knew them already, but I still made phone calls to go over particularly the question of leadership succession. I think that’s a huge issue for non-profits, particularly ones that have had one charismatic leader and that person, as they are getting older, hasn’t thought about succession. I think having a succession plan is critical. So studying the website, studying the financials, making phone calls – that has been the process for us.

What originally brought you to DonorsTrust?

About 10 years ago, I was studying the Acton Institute website for some information on a project and found a link to DonorsTrust. As I recall, I believe one of Acton’s executives was serving on the DonorsTrust board at the time. Although I had read of donor advised funds, I knew very little about them. In terms of DonorsTrust in particular, the stipulation of selecting organizations with limited government funding resonated with my personal views on fiscal responsibility. I also had the great privilege of meeting the late Whitney Ball during one of her Chicago visits, and I am grateful for her keen insights on DAFs and the incredible legacy she has left in the world of philanthropy.

Your DAF is unique because you aren’t using us for your day-to-day giving, but instead you have a bequest account, which will pay out after you and Stephen pass on. You recently updated your donor intent statement, but – and this is certainly not uncommon! – it took you a little while to get it done. How’d you inspire yourself to get it updated?

Establishing our own DAF has been an interesting and rather prolonged journey for Stephen and me. Since we have no children, we had arranged our estate plan to include support for certain family members. Then we’ve also decided to name specific charities that resonate with our personal beliefs. The latter process did take quite some time and a lot of discernment. As we talked, we scheduled calls with each organization and studied their history and financial statements very carefully. So the rather lengthy process was because of our due diligence. While I know some donors who name many charities in their estate, our preference was to limit the number in order for the respective bequests to be more substantial and have a potentially greater impact. The elimination process was very deliberate.

Where you surprised by anything as you went through that process? Have your tastes changed over the years?

Not that our tastes have changed. It was really a question of discernment and prayer to figure out what has been most important in our lives, both personally and professionally. There were some organizations that might have been on our list earlier, but are no longer on our list because their adherence to their missions has changed dramatically. Those were difficult, because those were relationships that were established many years ago. However, I’ve heard from friends who have gone through that same process. Adhering to the spirit of the mission of the organization is absolutely critical. That was the litmus test for us.

Any final comments about the appeal of DAFs and DonorsTrust?

Having worked with wealthy individuals in both the private sector and the nonprofit sector, I have become familiar with the workings of private foundations.  The appeal of a donor-advised fund is the simplicity and the flexibility. I believe a DAF is a tool that can be utilized by anyone seeking to manage and plan their philanthropy in an organized and thoughtful manner. You don’t need to be a “super wealthy” donor. In my view, the DonorsTrust DAF offers a practical tool for responsible stewardship, especially with the emphasis on promoting a free and civil society. I feel the commitment to advancing liberty can impact every area of the nonprofit sector—not just the public policy arena.