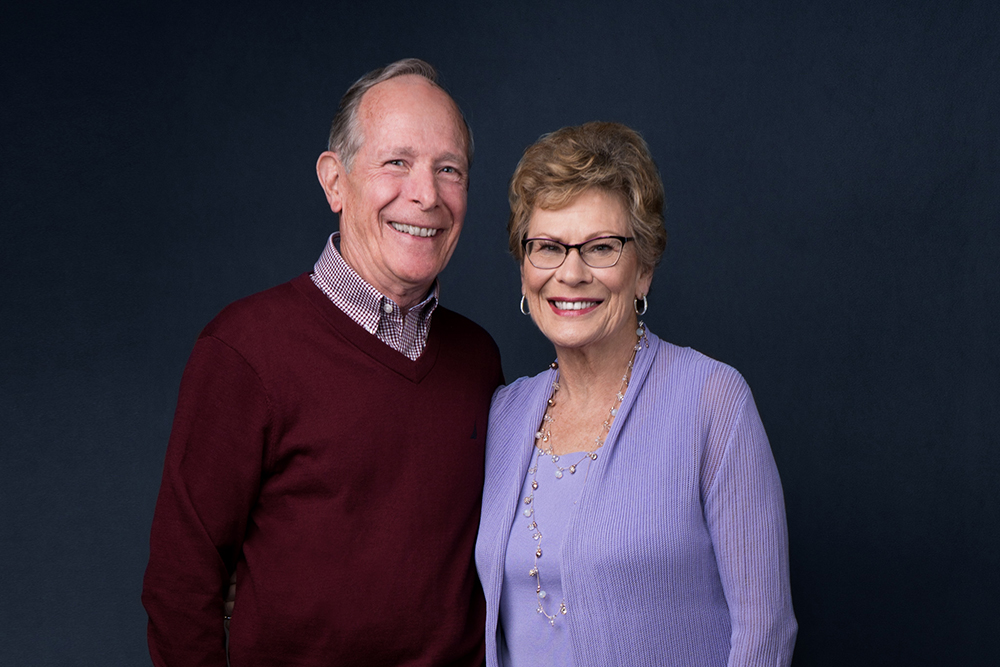 Why George & Marilyn Give: A History of Promoting Liberty

This is George and Marilyn’s story, the sixth installment in our Client Stories series which shares how our clients use their DonorsTrust donor-advised accounts in different ways. You can read the previous article from Denise Weaver.

George Pearson and his wife, Marilyn, have been part of the DonorsTrust family for more than a decade. As happens so often, a talented professor sparked a commitment to the ideas of liberty in George’s formative college years, leading to more than fifty years of advancing these ideas as both vocation and avocation.

Recently, I spoke with George to get his perspectives on how the liberty movement has changed, the role of board leadership, and how DonorsTrust plays a role in his giving.

You’ve seen the liberty movement grow up – you were involved with IHS and Cato in their earliest years, watched Atlas Network grow, and co-founded Kansas Policy Institute. What is different now with all these groups than a few decades ago?

One thing we’re doing now is really focusing on identifying and training the many promising people who are coming into the movement. Atlas has a tremendous training program. Students for Liberty has a great training program. And other organizations do too. When I started [being involved with liberty non-profits] we gave little thought to training. We were just happy to have people who were interested. Now the expectations are much higher.

A lot of that is attributable to Koch. Charles [Koch]’s vision back in the 60s, was to build a freedom infrastructure, analogous to Koch’s manufacturing structure – the raw materials in this “structure of production” are the scholars and ideas, the capital goods are the schools and think tanks that translate those abstract ideas into policy, and the market outcomes are the policy outcomes. We started in the 60s concentrating on the Institute for Humane Studies. IHS was small then. Now, with 2,300 alumni, their 2021 goal is to support and partner with faculty on 1,000 of the 1,621 traditional four-year colleges and universities.

The other thing that changed, in my view thanks largely to Ed Crane, is that up until Cato arrived on the scene most organizations kept their contributors to themselves. Ed wanted Cato donors to give to Cato, but contrary to the conventional practice, he also encouraged them to give to other organizations. Ed realized that the more people were involved, the more they would give and the more the pie would grow.

Where did your philanthropic bent come from?

I went to Grove City College and [Austrian School economics professor Hans F.] Sennholz was teaching there. I had a first semester course with him that inspired me to switch to an economics major. The year I graduated in ’64, he took several of us to a Foundation for Economic Education seminar in New York. There was a businessman talking about his work and his philanthropy. I remember leaving FEE thinking “I want to become independently wealthy and spend the rest of my life promoting freedom.” I never got independently wealthy, but took a shortcut and went to work for Koch. They had real resources to advance liberty. I worked there for 26 years and have been working in the freedom movement on my own for 26 years.

What role do you think the board plays in keeping an organization strong?

What I see is that most boards of new organizations like Atlas and KPI were when I got involved with them start as collegial boards. Friends have a common interest, a passion for doing something and they want to be around other people who share their interest and passion. Then, when the organization is successful, it outgrows its collegial board, and needs to make the transition to a professional board. Atlas Network is a good example of this. Atlas decided that a good way to help its partners would be to make its own board a role model for the organizations it was working with. Boards need to be professional. They need dedicated board members that bring expertise and a willingness to work on board committees. The more successful the organization becomes, the easier it is to attract quality board members.

How do you instill the principles of philanthropy in your kids and grandkids?

Maybe with luck. I was fortunate that my work provided opportunities for Marilyn and me to share ideas with the kids. When they were growing up, we had friends and colleagues with whom we had many discussions that they would sometimes be a part of – people like Leonard Liggio, Ed Crane, Greg Lindsay, Roger Pilon, Roger MacBride, and Roy Childs stayed with us when they were in Wichita. To spur their interest further, we have gifted to our kids, encouraging them to participate in philanthropy. We point out the convenience of contributing through DonorsTrust.

How did you first connect with DonorsTrust?

I’m not sure when I first became aware of DonorsTrust, probably when Whitney Ball [DonorsTrust’s founding president] committed to making DonorsTrust what it is today. We all appreciated her initiative.

How has DonorsTrust been helpful to your giving?

For five decades, we’ve worked with and supported organizations that effectively promote freedom. Being in the DonorsTrust network has enriched our experience and facilitated the process of giving. We value the kind of help we’ve received, recently from Jeff [Zysik, DonorsTrust’s CFO] and the association with the people we meet. DT has a presence with most of the places we visit within the network. It’s a wholesome place to be involved.