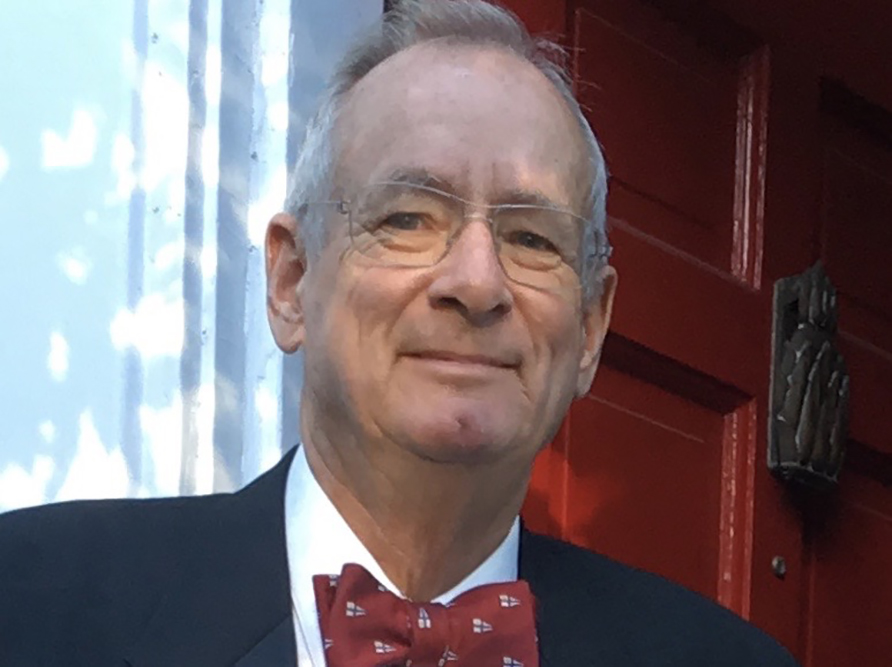 Why Peter Gives: A Chance Encounter with DonorsTrust

This year, we have been sharing first-hand stories of how clients use their DonorsTrust donor-advised accounts in different ways. Here is Peter Flinch’s story, the third installment in our series. You can read the previous article from Frayda Levy here.

At 50 in 1992, I was laid-off from corporate, middle management into a new life as a “premature, early deferred retiree.”

A frightening dilemma, I thought at the time.

The “Peace Dividend” from the fall of the Berlin Wall ravaged Northern Virginia in the form of lay-offs, including me, and falling real estate values.

I had dabbled in the stock market for about 25 years, and now I felt the necessity to be more active. By my standards, I made nice capital gains to the point where I mistook the rising stock market for my own intelligence.

Wary of escalating my lifestyle to match the gains, I decided to donate the maximum one half of my Adjusted Gross Income (AGI) to charities. As an unexpected byproduct, that decision made me feel very content.

In 1999, I was introduced to Club for Growth by my Cato Institute friend, Stephen Moore, who was a founder and its first President. Club for Growth’s mission aligned nicely with my farmer and merchant ancestry, as well as my free market upbringing in Denmark.

In the 2000 election cycle, Club for Growth arranged meetings where members evaluated politicians worthy of support. At one such meeting, I happened to sit next to an older (so it seemed then) gentleman. At a break, we started chatting. Immediately I realized that I sat next to a very unusual, low key, caring, and entrepreneurial individual. He was Daniel C. Searle, the former CEO and President of G.D. Searle & Co. Just a year earlier, Mr. Searle had established the Searle Freedom Trust to promote free market economics.

Despite the vast difference in our levels of management experience, Mr. Searle asked me questions and showed a genuine interest. I tried to reciprocate, and heard amazing stories about the challenges of running a cutting edge, medical family business.

I remember listening in awe to Dan’s description of inventing “The Pill,” the approval headaches, the pricing and packaging decisions. (The packaging evolution is prominently displayed and explained in a timeline exhibit at The National Museum of American History at The Smithsonian Institution in Washington, DC).

Dan Searle had sold J.D. Searle & Co in 1986 and generated “windfall outsized capital gains” and paid a huge capital gains tax. At that time, the tax-beneficial Donor-Advised Fund had not yet been approved by Congress.

In October 2001, members of Club for Growth received a joint letter from Daniel C. Searle and Stephen Moore, on Dan’s letter head. The letter presented DonorsTrust, and the concept and benefits of channeling charity donations through a Donor-Advised Fund.

Fortunately, I saved the letter, just in case one day I had my own “Windfall”.

That day happened, faster than I had expected, during the stock market crash in 2000-2002. I received margin calls at an alarming rate, as my two “conservative” stock portfolios were collapsing. Inversely, my capital gains were escalating into a sizable windfalls, in a perverse backwards way. I was forced to sell my few, still appreciated, crown-jewels, against which I had borrowed to invest in stocks. I was devastated and depressed. The smallest ego of my lifetime.

After much soul-searching I decided, that if I were cocky in good times and felt great about donating one half of my AGI to charity, I should stay the course and continue, even in this miserable situation. That’s when I pulled out the letter and contacted DonorsTrust! My decision was supported by the fact that some 40+% of my contribution to DonorsTrust would be saved in capital gains taxes that very year.

In December 2002, I walked the half mile from my home to the DonorsTrust office in Alexandria, Virginia. I told Whitney Ball, the founder and then President of DonorsTrust, “to take good care of my money,” and also “this is the largest check, that I, a bachelor, had ever handed over to any person, let alone a single woman.”

The guidance and friendship from DonorsTrust that pursued over the years were an unexpected added bonus. The introduction to DonorsTrust has been one of the highlights of the last third of my life. May it continue for a long time.

I wish for many more charity-minded donors to be equally fortunate!

Peter Flinch is an engineer from Denmark, who is retired in Alexandria, VA. Peter came to work in the US at the tail end of the so-called “Brain Drain” of the late 1960’s.