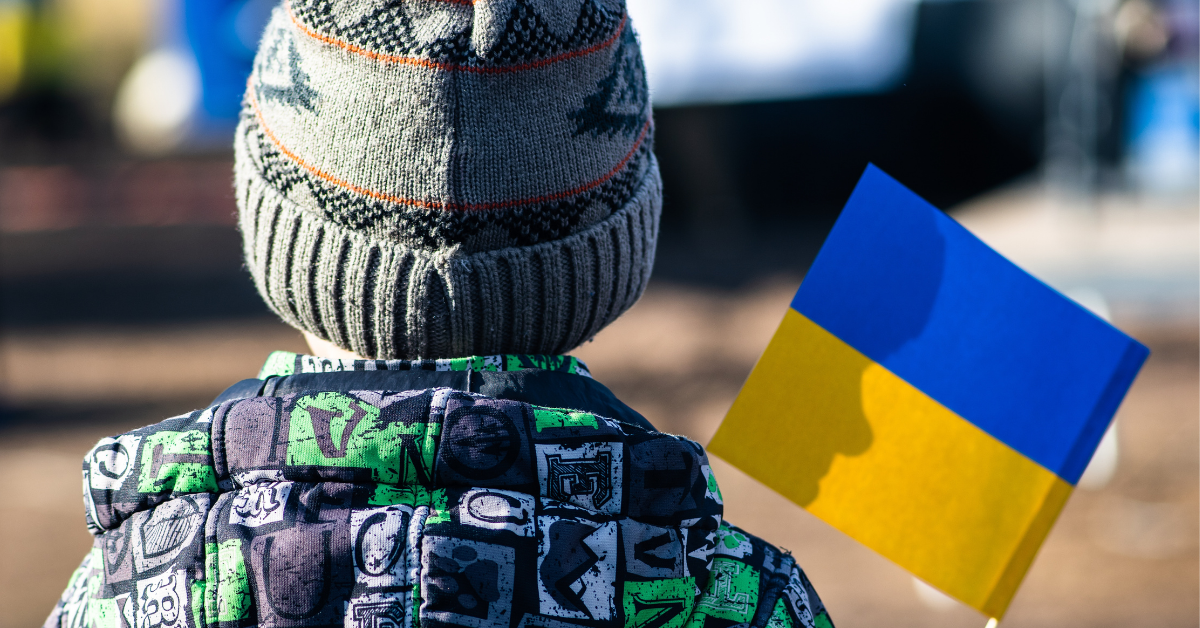 In between, I took time off to celebrate the 50th birthday of a close childhood friend who lives in Austria and herein lies a story. My roommate while in Austria was Mrs. Schmidt, also in town to celebrate her daughter Teresa’s milestone birthday.

On Tuesday, Teresa needed to work so Mrs. Schmidt took me on a train to Stephensplatz, the most famous area of Vienna where she’d worked as a teenager. She pointed out the sites she recalled from her youth, and she pointed out the things that had changed.

We sat down to lunch at her favorite café, and indulged in yummy Viennese pastries. That’s when she brought up what is happening in Ukraine. She said of her husband, “Heinz cannot watch any of it—certainly not the footage of refugee camps. You know, Stephanie, he lived in one from age six to age eight.”

My eyes grew wide. My jaw dropped. I had known Teresa’s dad my whole life and that he escaped East Germany as a child, but I knew none of these details. My stomach churned as Mrs. Schmidt continued her story.

Her husband’s father had refused to join the Community Party in East Germany, and he’d received a tip that the police were coming for him. Life as they knew it was over. No bread in the cupboards. Just the clothes on their backs. No money or family mementos because, if they were searched, it wouldn’t end well.

When asked by East German police of their destination, the duo invented a lie about a swimming competition but escaped to the West where the Americans directed 6-year-old Mr. Schmidt and his father to an East German refugee camp.

Mr. Schmidt’s father eventually found work as a butcher. Mr. Schmidt celebrated his eighth birthday when living in an orphanage. The image of Mr. Schmidt as a confused, scared child chokes me up. It brings back a visceral memory from my own youth.

I was seventeen years old and a senior in high school as I watched the news at the Schmidts’ house. The Berlin Wall was being torn down, and Mr. Schmidt broke down and sobbed. I knew the change taking place that day was historic, but—at the time—I couldn’t know why the burly, brisk German man would be in tears.

Refusing to succumb to communism cost him and his father everything. Their family had been broken up. He lost his childhood to a refugee camp and years in an orphanage. Then, on November 9, 1989, he must have felt like an entire lifetime had been vindicated.

His father had been right to flee that brutish system and would be proud to know that his son had made his way across an ocean to live the American dream. With communism receding in Eastern Europe, more people were authors of their own destiny, in the land of liberty and opportunity.

But history has a funny way of repeating itself, doesn’t it? Days prior to sitting down with Mrs. Schmidt and hearing this story, I volunteered in a Ukrainian Refugee Camp in Warsaw, taking inventory of what the refugees needed on each particular day.

These gifts were made possible thanks to generous donations from parents of students attending the Village School in Falls Church, Virginia, an Acton Academy school and where my son P.D. goes to school.

One day, the refugee center asked for fresh fruit; the next, fanny packs so refugees could keep their papers on them; on another day, I got sneakers since refugees from Ukraine often arrived wearing winter boots—all things my son P.D. and I take for granted in the United States.

At the refugee center, it was heartbreaking to see parents and their children arrive from war-torn Ukraine, with only the clothes on their back—just as Mr. Schmidt had some 70 years ago, again fleeing misery caused by the aggression of a collectivist regime in the Kremlin.

The refugee center is run completely by volunteers. I spoke with many of the local Poles who prioritize helping there. They each sounded a similar refrain: “We know what it’s like to be controlled by Russians and to live under communism. We know how the Ukrainians feel!”

My hours inside the refugee center were busy ones. My friend Lissa from Francisco Marroquín University and I would arrive with our donations each day, and then be put to work in the stock room, organizing items a mother might need for her baby: diapers, pacifiers, baby wipes.

Most of the refugees we saw looked tired and weary, as you might imagine. But one stands out in my memory. She reminded me that life is what you make of it.

I was in the Ukrainian refugee center’s dining hall, trying to catch up on emails, when a young girl—maybe nine or 10 years old—skipped over to me and stopped in front of me. She had a smile bursting across her face, and in my lap she dropped a muffin. She waved and skipped away.

I get teary writing this, knowing that this young girl has gone through hell, but still can find joy. Her home in Ukraine is gone. She might not see her old friends again. She sleeps amid hundreds of other refugees on cots that look like lawn chairs. She wears mismatched donated clothes.

She doesn’t eat food her family has made; she eats food made for her by Polish aid workers—food delivered in brown bags at breakfast, lunch and dinner. She showers in a portable shower room where a dozen people shower at a time.

Yet, she also can play soccer in the Ukrainian refugee parking lot; get schooling in the center’s pop-up classrooms; and surprise people like me with an unexpected muffin delivery. Who knows—maybe Mr. Schmidt smiled the same way in the East German refugee camp of his youth.

Maybe that smile foreshadows the kind of resilience that it takes to travel across an ocean and make a new life in the United States, as Mr. Schmidt did. Deprived of his home and family, he’d go on to grow his own family and make a happy home in the land of the free.

We can hope the girl at the Ukrainian refugee center has similar resilience, and that she too will know freedom—perhaps in her home country, where so many brave Ukrainians fight for independence and for freedom.

During the closing dinner of the Atlas Network event in Warsaw, a member of the Ukrainian parliament spoke with confidence that his country would overcome this invasion. He said: “Mr. Putin made a mistake in thinking he could send slaves to conquer free men.”

Let’s say prayers that all the refugees I met in Warsaw, and their loved ones who remain under siege in Ukraine, will know the joy of living in freedom.

Open a Giving Account So You Can Help Ukraine

Want to donate to help those in Ukraine that are suffering? Consider open a giving account with DonorsTrust. Click below to download our brochure on ways a giving account could supercharge your philanthropy and connect you with a community of like-minded givers.