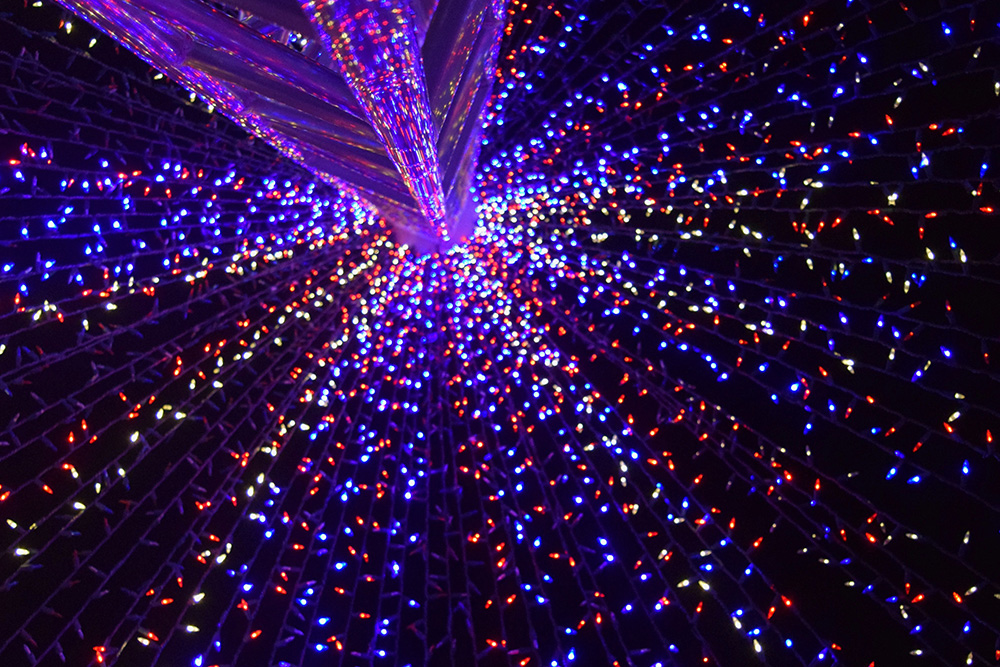 By Lawson BaderOctober 5, 2018No Comments

I’m a sucker for jelly beans. Not just any jelly beans, mind you, but for the specific brand Jelly Belly. Throw in black licorice and you have a friend for life. I’ve a colleague who is kind enough to keep a large (and I mean large) jar of such delectables on her desk that is available for “the public good.”

OK, the public good is really me.

I’m actually not picky when it comes to the flavors. I like variety, and surprise. Mind you perhaps not the surprises found in Harry Potter’s Bertie Botts beans (can we say rotten egg, dirt, and earwax?)

And, yes, there is a metaphor here. A jar of colorful jelly beans brings joy and possibility. The same could be said of a jar of marbles, or rocks, or fortune cookies.

U.S. charities outnumber the combined federal, state, and city governments by a factor of 20. Their collective financial assets are larger than the entire federal budget. There are over 100 million individual donors to such groups. This is what we call variety. Each of them is different, has varying degrees of effectiveness, and addresses specific or broad concerns. And there are more of them each year. Most importantly it is intentional and glorious and worth celebrating, not just for what they do, but for the fact that their anchor is our fellow citizens.

C. Boyden Gray authored an editorial this week that struck a nerve with me. Oscar Wilde made famous the phrase “imitation is the sincerest form of flattery.” Which is why I excerpt a portion of his piece below to make my point. Boyden was responding to some criticism by the current and immediate past U.S. presidents of another U.S. president’s now (in)famous reference to “1000 points of light.” In the column, Boyden clarified what was intended by Peggy Noonan’s words (and George H.W. Bush’s voice).

…They reveal an often-overlooked conviction of his—that there are limits to what government can do, but no limits to what volunteers can do. “A thousand points of light” is shorthand for a philosophy of limited government…For this line of thinking, Mr. Bush seems to have drawn inspiration from Alexis de Tocqueville. On numerous occasions as president, Mr. Bush invoked the Frenchman when explaining that service and freedom are inextricable in American life.

On April 26, 1990, Mr. Bush exhorted his audience to “reject the hand of big government in favor of a thousand points of light, joining hands and linking hearts.” To his detractors, he added: “When we started talking about a thousand points of light, there was a few snickers out there. I had to keep defining what I meant. But I think people understand this. I think Americans—well, since de Tocqueville took a look at America—understand it. It’s real: one American wanting to help another. So I’m going to continue to say that any definition of a successful life must be the involvement in lives of others—one American helping another.”

Columnist Jeff Greenfield wrote later that year of “the astonishing web of thousands and thousands of voluntary associations and societies that has startled every European visitor from Tocqueville on: that web that George Bush inelegantly but accurately dubbed ‘a thousand points of light.’ ”

We can debate the effectiveness of the (first) Bush years another day. For my purpose here, Mr. Bush understood a fundamental principle with his use of light. He was tapping into the same line of thinking made famous by John F. Kennedy’s admonition for U.S. society to place the burden of civic improvement on “you,” the citizen, rather than on what “your country can do for you.”

The sad reality is that Americans are becoming a cynical lot. In recent years, they, and by they, I mean “we,” are dangerously close to adding “mean” and “petty” to that generalization. Politics today is dangerously vindictive and combustible. Of course, some of that is due to what is at stake with adopting (or changing) certain public policies that alter the relationship between citizen and state. I get that, so I do not take that lightly.

But what is worth remembering in all of today’s noise is that in 2017, Americans still contributed nearly $400 billion in private dollars to public charities, the highest ever. Despite the headlines and social media excesses, American civic virtue is not dead. Our civility toward our fellow citizens may be taking a beating, but the core function is alive and well.

The Light of Philanthropy

In a letter this past week to our clients and friends, I reminded them that volunteerism is not merely the external manifestation of public virtue, but a tangible reminder that our Republic was created with the expectation that its citizens would use their time, talent, and coins to affect change. I wrote that the primary role of government is to secure the inherent rights of its citizens, not to dispense them. We keep a fence around government so that it will not stop our fellow citizens from finding creative ways of contributing to a vibrant and shared civil society, even when those same citizens differ on the best approach.

Lord Acton said it best in that liberty is not the power of doing what we like, but the right of being able to do what we ought. More importantly, it is the right to do so despite efforts of the state or society to the contrary. In this country if you are concerned about something, then you ought to address it. Not only do you have the freedom to do so, but the expectation as well. Odds are good you will find both like-minded friends and neighbors to join you and the resources to fund you. Tap into the monumental generosity of American citizens. It creates a glorious marketplace of ideas.

Boyden reminded his readers that in 1991 the Economist magazine acknowledged Mr. Bush’s debt to Tocqueville, citing the latter’s admiration for “the extreme skill with which the inhabitants of the United States succeed in proposing a common object for the exertions of a great many men and inducing them voluntarily to pursue it.”

As the magazine concluded, what’s dangerous is that to many of our citizens “the glow from a thousand points of light seems less reliable than that from the lightbulbs of a well-financed bureaucracy.”

Amen to that. You want a reason to support private philanthropy and DonorsTrust? There it is. I want those lightbulbs to dim.