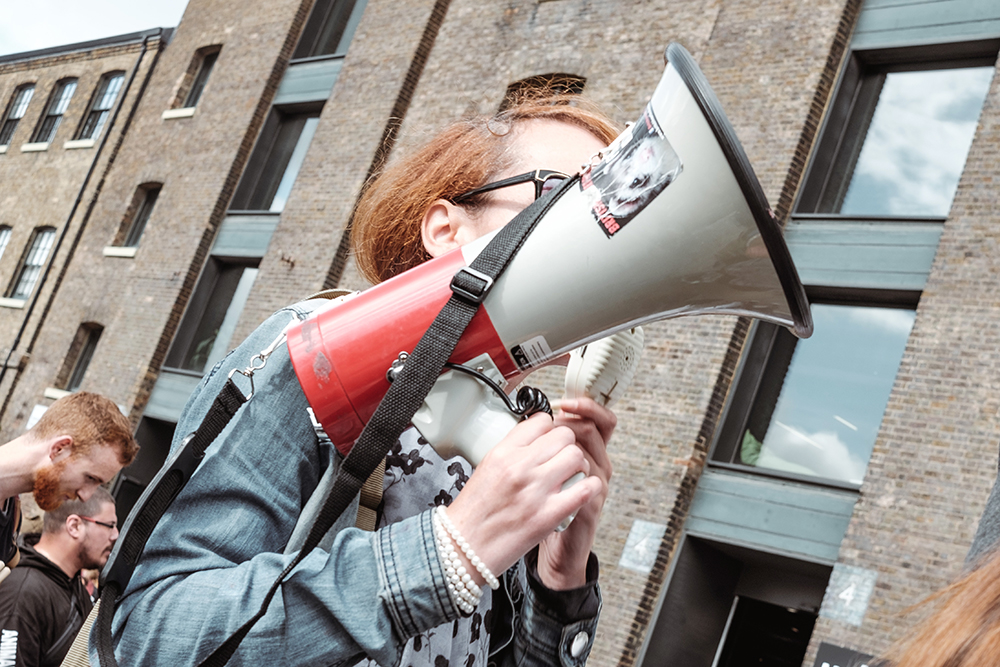 Charitable Giving: The Voice for the Unheard

By Lydia PiteaFebruary 2, 2021No Comments

It’s hard to understand how things got so out of hand, especially when I look at the people who rioted in cities across America last summer and those who besieged the Capitol.

In essence, these two groups are similar- both feel unheard. I know folks who attended each event and they all gathered to protest something that deeply pains them about our country.

While media images focused on those perpetrating violence and destruction, the majority of both groups were peaceful protesters – our neighbors, friends and family, fellow Americans – people hurt by feeling ignored and brushed aside. It’s that pain and rage that blocks out the ability to empathize with anybody else’s experience, perspective or emotions.

That’s how we ended up where we now are.

And we’ll stay in this divisive place until that desire to be heard is met. So let’s address it using a positive mechanism to make your viewpoints, principles, and voice heard loud and clear.

Give Yourself a Voice

“Put your money where your mouth is.” Giving can makes your stance known. It also helps fund the change you seek in a more effective and long-lasting way.

When you give to a nonprofit, especially one focused on policy outreach or education, you have more control over how they use your dollars. Instead of ringing your elected representatives, waiting for a vote’s outcome, or even protesting for or against a particular issue, you are directly supporting those working to make the changes you seek a reality. And if they misuse funds, abuse your trust, fail to achieve a certain outcome, or cease working towards that goal altogether? You can reduce or cut off funding. (Imagine if taxes worked that way!) Similarly, when they produce good work, you can increase your gifts. The organization is directly accountable to you, so make them sing for their supper!

Occasionally they will have special projects or unique opportunities and you can fund those too. You can even direct your giving to those select projects you believe in, and target your funding to select programs of the  organization for your support at the start and leave out funding ones which don’t align with your ideals. Again, unlike taxes, your hard earned dollars won’t be channeled to things you disagree with or simply could care less about.

With such nonprofits, your hope for change isn’t resting on a four year agenda, or on an electoral system whereby the group with less power feels unheard by the one which, albeit temporarily, controls the agenda. Nonprofits, however, can thrive for decades, spin out quickly, or emerge to address an immediate problem. Each scenario has pros and cons. Sometimes they only want to be around until their mission is completed and they can dissolve. Sometimes they morph into or add new projects; or perhaps jettison multiple strategies to concentrate on a single purpose. In any case, private giving allows you to be less tied to the ebbs and flows of government power, meaning that your voice is being heard all the time and change is constantly being sought.

Change isn’t such a far-fetched notion when we think about what could be achieved by philanthropy if more people were giving and doing so with strategy in mind. That’s why places like DonorsTrust, Bradley Impact Fund, Novus Society, and Philanthropy Roundtable exist. All are working to make giving easier and help givers give smarter so their voices are heard and they create positive change.

Charitable giving isn’t the only remedy though. Philanthropy’s important corollary – volunteerism – is how we can add another step to bridging the divide.

Volunteering has been one of the most rewarding aspects of my life. It has challenged me in deep ways and brought me face to face, elbow to elbow with people completely different than me: from their background to religion to what can actually be called pizza.

While these experiences have included difficult working environments, heartbreaking realities, and intrusive government actors, I have never regretted working with the people I have. I leave better than I first came for having met someone new and different from me. Sometimes I leave with new perspectives and questions to ponder; other days, at a minimum, I leave with respect for those who oppose my principles.

Volunteering alongside someone reminds you of their humanness and that they too simply want to be heard. So in order to feel more listened too, let’s roll up our sleeves. In volunteering, we will not only be part of the change we want to see in the world by our physical labors, but also by lending an ear to those beside us.

Feeling unheard isn’t a problem that will ever go away, unfortunately. It’s a human problem. We don’t like hearing tough things and we certainly don’t enjoy hearing true things from tough people. With charity, both giving and volunteering, you’re speaking up for the issues that are most important to you and putting your skin in the game. If everyone does this, some amazing changes are possible.