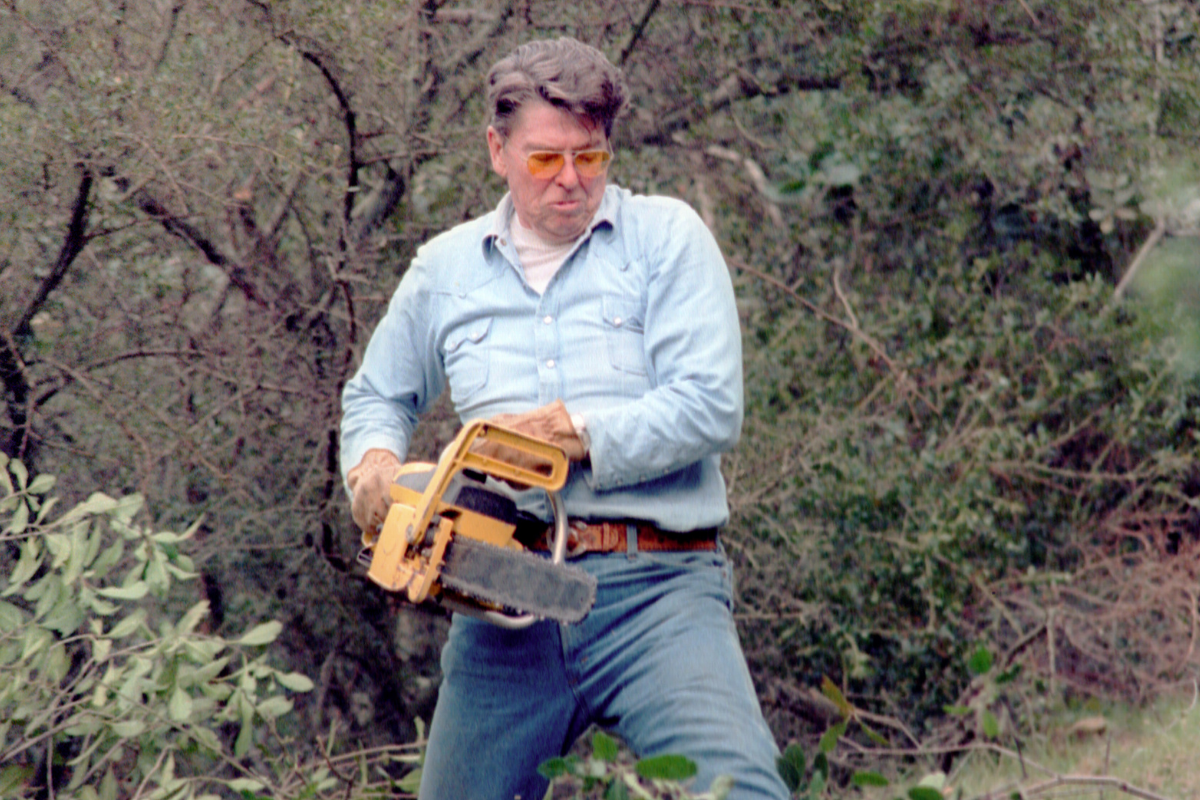 Go to YouTube and search “the Gipper clearing brush on rancho del cielo.” Up pops a number of links to videos preserved for posterity by the staff at the Reagan Presidential Library and Museum. The videos show a man who loved the great outdoors, his horses, and thoughtful stewardship of the land he owned.

At the heart of conservatism is a desire to stay in touch with the physical world. Conservatives and libertarians alike understand the need to steward it carefully and sustainably, and to preserve its natural beauty even as companies tap into and extract its necessary resources.

Raise your hand if, for example, your conservative dad bemoaned every felled tree in cookie-cutter subdivisions that went up over the years but also expressed frustration at the rising cost of gas and over-reliance on other nations to meet our energy needs at home. The two aren’t mutually exclusive.

In fact, there are numerous conservative charities committed to commonsense conservation and environmental stewardship. As “Earth Month” kicks off, we’re highlighting a handful of them and the nonprofit teams working to balance preservation of our natural resources and careful extraction of earth’s treasures.

Those charities include our friends at the American Conservation Coalition, American Lands Council and American Battlefield Trust. All three groups in their own unique way seek to address some of our most pressing conservation concerns.

American Conservation Coalition President Benji Backer, for example, in 2020 visited campuses across the country to talk with nuclear-engineering professors and students about the upsides of nuclear power. “What we believe is that, if you want to take climate change seriously, nuclear has to be part of the equation,” he said.

President Reagan, if he were still alive today, would likely love the mission of the American Lands Council. It’s less focused on finding innovative ways to curb greenhouse-gas emissions and more focused on the decentralizing the maintenance of federal lands.

As its website says, “We are implementing legal, legislative, and educational strategies so states can incrementally acquire certain pieces of federally controlled land and begin managing those areas responsibly, in close coordination with the counties where the lands are located.”

Just as the “Gipper” in those 1980s videos was clearing brush from his California ranch, the mission of American Lands Council is to return the care of our federal lands to those with more of an immediate stake in the land’s management.

This, the nonprofit argues, would create lands that are better maintained and more resilient in the face of natural disaster. “In fact, state land management agencies almost always out-perform the feds, both economically and environmentally,” reads the website.

While those at American Lands Council fight to reverse the effects of federal neglect, those at American Battlefield Trust are committed to environmental stewardship in a slightly different way. They are trying to buy up battlefields before the Googles and Amazons of the world, in the words of Joni Mitchell, “pave paradise and put up a parking lot” so to speak.

Not that a battlefield is a paradise—far from it. But those at American Battlefield Trust still have thousands of acres to secure in an effort to show respect to those that died, preserve our nation’s history, and create pockets of tranquility where Americans can gather to enjoy the great outdoors.

“Ultimately, battlefield preservation is about people and their stories,” reads the website. “The people of the past, who worked and fought for what they believed in, and the people of the present and future, who deserve to understand their nation’s history.”

So far, the team at American Battlefield Trust have saved more than 54,000 acres of battlefield land in two dozen states across the country. Do you want to be part of that legacy and ensure conservatives invest in environmental stewardship? Perhaps you want to promote energy independence and revitalize neglected lands.

If so, we hope you’ll consider using or opening a donor-advised fund to help the worthy charities mentioned above. To learn more about opening a charitable-investment account with DonorsTrust, email tellmemore@donorstrust.org or click here to submit your online application.