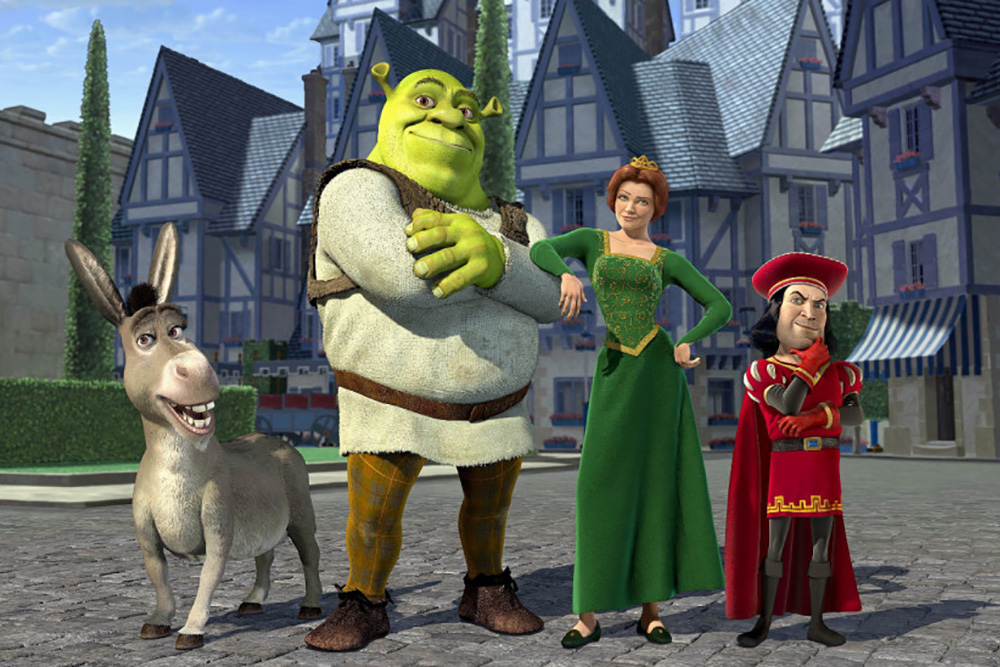 Shrek was a breakout hit in 2001. As I often am with movies, I came late to the Shrek party, having watched it for the first time just the other day with my two little girls. (Spoilers ahead, but you’ve probably seen it already).

You probably watched it in a more timely fashion, and so remember the story: An ornery ogre, displaced fairy tale characters, a wise-cracking donkey, a princess locked away in a castle – it had lots to like.

I started thinking afterward about that princess tucked away in the castle. Why didn’t she just escape on her own? If an ogre and donkey could get past the dragon on their first shot, couldn’t a woman able to spend every day looking for weaknesses in the defenses get out?

If you’ve seen the movie, of course, you know exactly why: at night, the beautiful princess Fiona turned into a, well, less-than-beautiful-on-the-outside green ogre. Hidden in the castle, she could protect her secret.

There is a lesson here for how many people approach solving challenging public problems such as homelessness, hunger, underemployment, education, and so many others. Often instead of getting out there working to solve the problems, we stay in the safety of the castle.

We would rather wait for the shining knight of government to solve this problem than risk exposing ourselves as imperfect.

And let’s face it – our solutions to these problems aren’t always perfect. We try to solve water-access problems in Africa by building ill-conceived playground equipment. We contribute and walk away without understanding if we’ve made an impact. We simply follow the lead of our friends without exploring what organizations really do.

Our solutions won’t always scale. The Doe Fund in New York offers a unique and, by most measures, powerfully effective solution to helping ex-cons turn their lives around by giving them work. Why isn’t that model repeated in every major metropolitan area across the country?

I wish I had an answer. But I do know that the government programs offering to provide a safety net to those down on their luck have failed to turn lives around and get folks working. Sometimes scale backfires.

Philanthropy also allows for small-scale experiments. Alcoholics Anonymous started as a single group. It proved its worth and expanded around the country because of its success. Habitat for Humanity started with a single program in Georgia and expanded from there.

Other ideas don’t scale up, either because the idea doesn’t work or because the solution is tailored to a particular community.

Non-profits also don’t have the promise of guaranteed, ongoing funding that a tax-funded government enjoys. That means bad ideas wither on the vine while good ones thrive, because donor support goes to what’s effective.

I heard Professor Christian Miller of Wake Forest University speaking on a podcast recently about the importance of character. He talked about an incident at a Wal-Mart on Black Friday in 2017. A man had a heart attack right there in the aisles. Seeing his distress, the harried shoppers did everything they could…to avoid him. They diverted to other aisles or, amazingly, stepped over him rather than offer assistance. Too late, some nurses jumped in and got him as far as the ambulance before he died.

We’ll all agree this is terrible. Still, when we wait around for government to solve our problems, are we really any better than those shoppers?

When lives are on the line, are we not better off stepping outside our comfort zone for the good of others?

Consider programs such as Success Academies in New York or the KIPP schools that have spread across the country. These privately funded charter schools question the government educational orthodoxy with staggering results.

If Eva Moskowitz, founder of Success Academies, let the dissatisfaction of the New York School System or the local teacher’s union stop her, thousands of students would be worse off (and of course if they followed her lead, thousands more would have better opportunities).

When we step out and engage in private philanthropy, we show we have character that counts. We show a commitment to getting engaged with solving real problems rather than wait for someone else to do it for us.

I’m not so opposed to government as to believe that all problems must be fixed by private philanthropy alone. Some problems may be so intractable that without government, no solution could reach the scale and scope needed to fight back… that government activity can help scale up solutions to fight back

The tip of the spear in solving these problems isn’t government, though. It’s the philanthropic sector. Nimble, diversely funded, local, able to iterate and to meet people on a one-on-one level – these are the advantages the non-profit sector brings to fighting public issues.

The work of non-profits, supported by private philanthropy, can leave breadcrumbs through the castle if the prince really needs to come in. But in the meantime, let’s bust past the dragon ourselves, warts and all, and try to change America for the better.