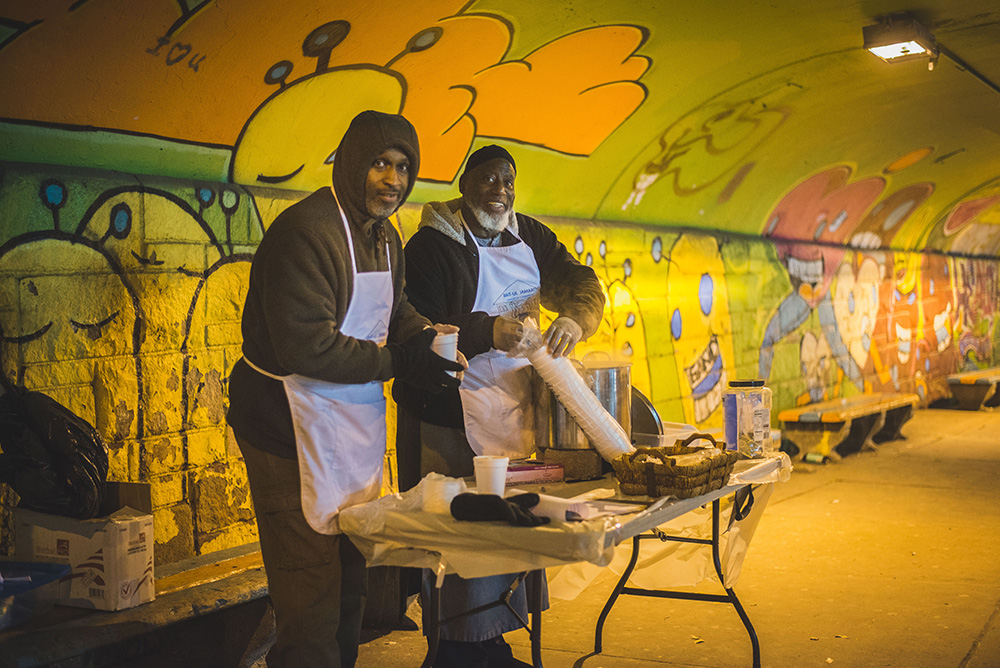 Without government intervention, who will help those in need? Will our communities suffer? This installment of our “Beyond Policy” series by Megan Rose of Better Together highlights the organizations that promote human flourishing through community driven programs and initiatives. You can read the previous segment of this series here.

Does it seem as if our society has lost some of its creativity, regarding the ways we can empower the least among us? The popular narrative is that the only way to solve messy social problems is through the power of government.

As proponents of free markets, and more broadly of free societies, we know that this is not a satisfactory solution; government programs tend to limit the potential of both the helper and the one in need. They remove the innovative spark that, when left up to civil society, can produce remarkably creative and compassionate solutions.

Social welfare programs – even unintentionally – also create a dependence which incents recipients to remain where they are rather than to aspire, knowing they can have more. By classifying and assisting from a great distance, planners tragically miss the very individuals they aim to help. Few people behind oak desks who allocate resources for millions have met the single mother with three children, two jobs, and a broken car.

Better Together, and other organizations like ours, exists to take on the largest social challenges out there. Demonstrating empowering compassion, our mission is to address poverty, unemployment, and breakdowns in  the foster care system through voluntary solutions.

Taking no government funding, Better Together strengthens families and communities to reach their full potential by promoting work and building networks of support for those in crisis. We work through churches, and their local communities, to offer job fairs which empower neighbors – many of whom have been long-term unemployed – to believe in themselves again. When they get jobs, we’re there – up close – to celebrate, hug, applaud, and cheer. We get to watch every day as local volunteers remind their neighbors of the dignity they’ve had along.

We also partner with churches to take on a large, failed government program that daily destroys families and causes significant childhood trauma—the foster care system. While many insist Uncle Sam is the only one equipped to care for children whose parents are in crisis, we believe that communities are more than capable of surrounding struggling parents, motivating them to invest in healthy change, and reunifying families for good. All the king’s horses and all the king’s men might not be able to put a broken family together again, but compassionate communities can.

Better Together is not alone.

We have been inspired by others like Watered Gardens Rescue Mission their guiding vision is “to see the Church boldly engaged with the homeless and poor relationally, responsibly, and compassionately.” Also accepting no government funding, their model is based on building relationships and celebrating the dignity of the people they serve – mostly homeless – who are so frequently offered benevolence instead of belief that life can be better.

We also admire the work of the Foundation for Government Accountability, a team of policy experts working to reform benevolence programs to serve the people who most need that support and to remove barriers – like occupational licenses and other burdensome regulations – which stand between people and work. Putting into action the belief that all people deserve opportunities, FGA is working through government itself, while others of us work through grassroots, to address creatively the same problems.

Philanthropists have long been the winds in the sails of civil society and private solutions to major challenges. The same opportunity exists today.

It is possible, through philanthropic giving, to transform the narrative that conservatives and libertarians are cold, calculating adding machines who care not for the least. The opposite is true; we care enough to be more creative about our compassion.

This is a pivotal moment, when division and negativity dominate every news cycle, to inject hope and offer creative and compassionate alternatives to the government welfare programs which have long overstayed their welcome. We have the power, through private and voluntary solutions, to create a groundswell of social change so impactful, and a set of alternatives so effective, that even our greatest detractors can’t help but respect the work we’re doing to pull our neighbors up, look them in the eyes, and tell them they’re capable of so much more.

The philanthropist, the religious leader, the stay-at-home mom, the entrepreneur, and everyone else comprising our beautiful, diverse, creative world, can do more for those in need than any lone individual or any government agency taking matters into their own hands.

Let’s show them all; we are better together.

Megan Rose is the CEO of Better Together. Megan has an undergraduate degree in psychology and received her Master’s in Human Services with a dual concentration in Family and Group Dynamics and Executive Leadership. Before joining Better Together in 2016, Megan worked directly in the foster care system along with other direct care human service programs. Megan lives in Florida with her husband Mason; they have two children and are expecting a baby girl in August.