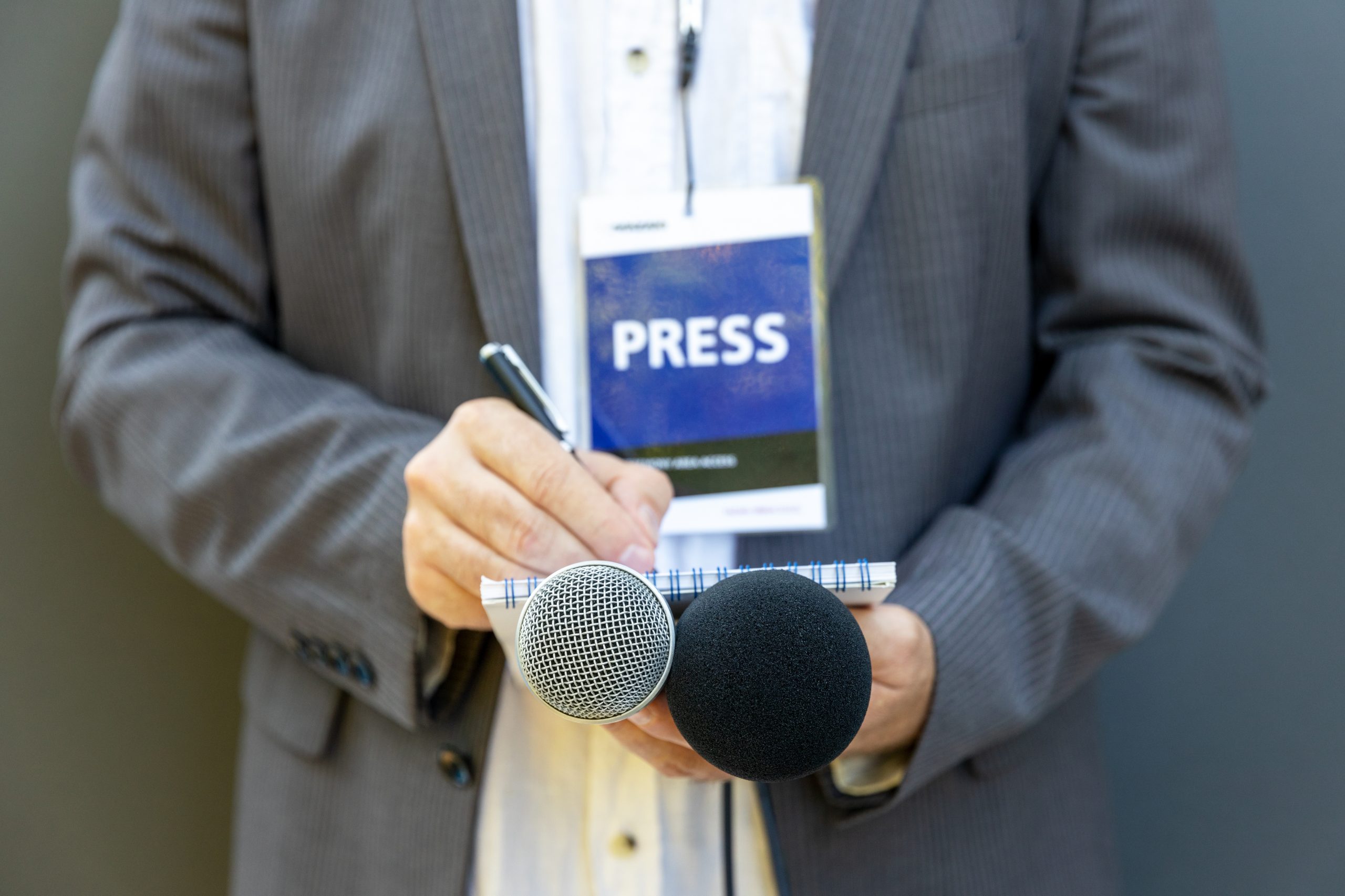 In the thirteenth episode of our Giving Ventures podcast, titled “Freedom in the Press,” host and DonorsTrust Vice President Peter Lipsett talks with three nonprofit leaders carving out a voice for taxpayers and conservatives in the media world. His guests include John J. Miller, founder and executive director of the College Fix; Casey Given, executive director of Young Voices; and Christopher Krug, president and publisher of the Franklin News Foundation.

DonorsTrust Vice President Peter Lipsett is no stranger to the news industry. His parents owned a weekly paper in southern Georgia. When his family later moved to Atlanta, Peter witnessed his mom build a public-relations firm from scratch while his dad remained a newspaper editor.

“As for me, this podcast is as close as I get to media. I never found the newspaper life appealing in part because, in the modern news environment, conservative reporters have to work hard in general and then doubly so to defend or even hide their views.”

There are, however, a number of conservative-leaning journalist serving as an alternative to many of the legacy media outlets. Take, for example, John J. Miller, founder and executive director of the College Fix. Miller prepares college students for fulfilling careers in journalism.

“We do two things at the College Fix: One is we tell stories and the other is we spot talent. So, we use our College Fix website to do hard-news reporting on what’s really happening on college campuses. We report on cancel culture, we report on abuses of free speech and religious liberty and we do it in a hard-news way,” says Miller.

Those college students who have a “flair” for reporting are scouted out by College Fix staff members and recruited off the pages of their own campus newspaper, says Miller, adding that sometimes students even approach College Fix and get involved in the organization that way.

College Fix has been in existence for more than a decade and, consequently, has developed a stable of well-rounded alumni who have gone on to build a name for themselves in media, says Miller. Many of the alumni even participated in College Fix’s fellowship program.

The fellowship program places students in various media outlets for 10 weeks. Program participants, whether college or recent graduates, receive a stipend and the opportunity to determine whether they enjoy or thrive in a hard-news environment and possibly get hired on.

“We have a great alumni network of people who’ve gone on to work at the Wall Street Journal editorial page, at the Center Square publications, at—well, you name it. I mean, they’re in right-of-center journalism. They’re also in mainstream journalism.”

The bottom line? College Fix endeavors to cultivate journalists that believe in civil liberties and create more “viewpoint diversity” in media outlets across the country, and that’s exactly what it’s done over the last decade as nearly 75 percent of its fellows work in journalism and media.

That was in 2016, when Casey Given, now executive director, took the helm. “We now serve over 100 students and young professionals with editing and pitching their op-eds, getting them onto broadcast media for TV/radio, connecting them with policy mentors and so much more.”

Young Voices works with adults ages 18 to 35 while the median age of program participants is 24. That’s the sweet spot says Given of participants in their early 20s and where the organization has found the most impact as the program gives recent college graduates an early career boost.

The program ultimately gives young professionals an advantage as it helps them create the clout and credential needed for promotion within an organization or to land their dream job with an organization say if a student is still in college or otherwise waiting for his or her career to start.

“To be more attractive for promotions, new jobs, etc.—particularly if you want to be a policy analyst, a journalist, etc.—you’ve got to have writing publications but oftentimes these people can’t get the experience or the opportunity to get those writing samples on their CV,” says Given. “So, that’s where Young Voices comes in.”

Graduates of conservative journalism programs like those mentioned above are finding a home at Franklin News Foundation’s Center Square. Billed as the “special interest for taxpayers,” Center Square staff report public policy with an eye toward safeguarding a person’s pocketbook.

“From a perspective or point of view, Center Square seeks to be the taxpayer’s voice in asking the questions that we think taxpayers would care about in the news, in real-time, in the coverage of daily news stories,” says Krug. “So, it’s about straight news.”

Krug says he’s been in news since “before the dawn of dawn of the internet” but was a news editor when the “internet was blossoming.” As an editor at the start of the digital age, he says the focus of national newswire services was “more metropolitan” and not focused on the taxpayer.

“So, as we’ve taken on this project and, as we’ve built out the Center Square, we’ve started with that very key piece because the cost of government—the effectiveness of government, what government does with tax dollars—is important,” says Krug. “So, we start there.”

The strategy is paying off. In three years, Center Square’s No. 1 competitor is the Associated Press and already media outlets are dropping their AP newswire in favor of Center Square reporting. What’s more, USA Today and Yahoo News routinely feature Center Square stories.

What’s more, its subscriber list is “pushing 600,000” says Krug. “They’re starting to be big numbers,” he adds. “I think that, for us, the way that we determine whether or not we’re growing is to measure the ways that we’re growing in the places where our content ultimately lands.”