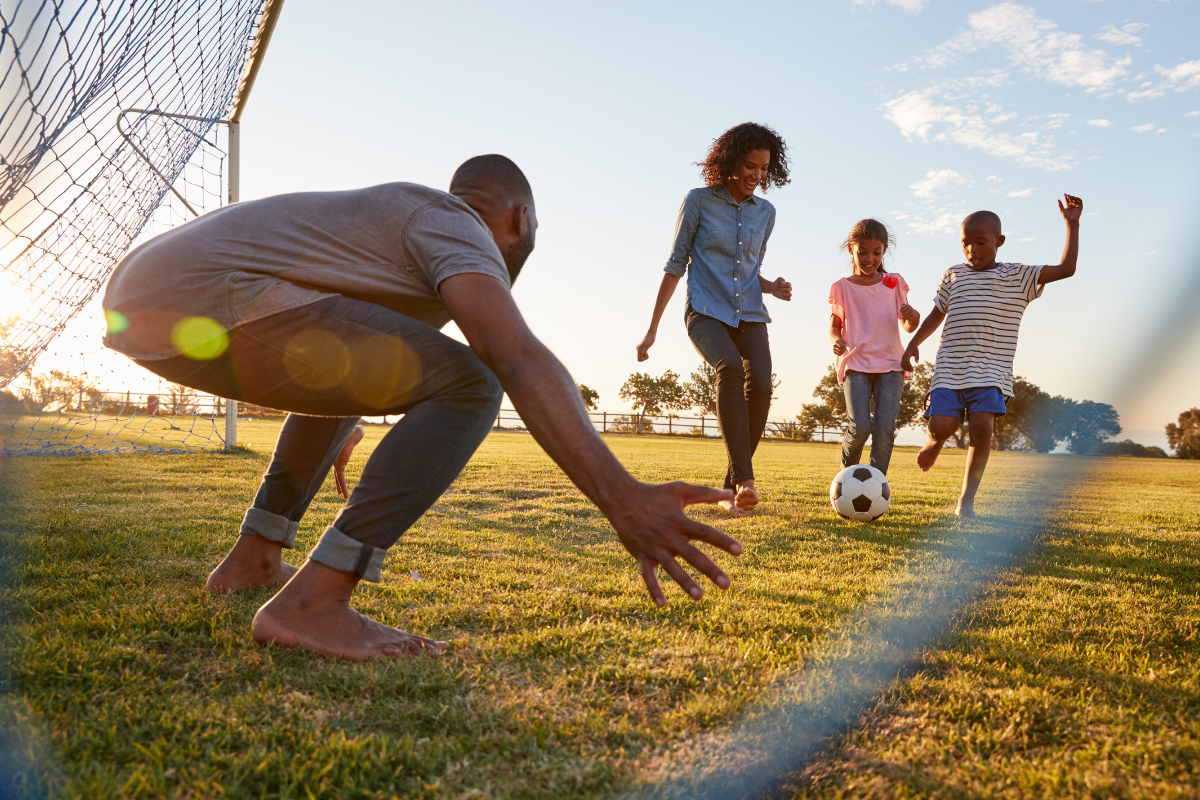 UPDATE: Peter caught up with the nonprofit leaders in the liberty movement that are helping strengthen family life in America. He originally interviewed them back in October and, this month, gives a brief update on the progress these organizations have made over the last nine months thanks in large part to our community of givers here at DonorsTrust. We hope you’ll listen.

How do we encourage stronger families? In our fourth episode of Giving Ventures, host and DonorsTrust Vice President Peter Lipsett talks with three innovative organizations working to bolster strong familial ties, in the traditional sense of the word and otherwise.

As Peter says, “I want to make the case to you that there is a broader social good to recognizing and encouraging strong families. I don’t mean this in a dogmatic, everyone-needs-to-be-part-of-a-traditional-family way.”

Study after study shows that, when families are strong, freedom grows. Take it from our guests: John-Paul “J.P.” DeGance, president and CEO of Communio; Darcy Olsen, CEO of GenJustice; and John Papola, CEO of the Emergent Order Foundation.

J.P. and his team at Communio work with area churches to identify stressors within communities and then helps churches via marketing campaigns implement programs geared toward alleviating those stressors. As J.P. says, the fewer pain points, the better.

“We know from the social science that [marriage and church attendance] are incredibly important for a healthy and flourishing free society, and the collapse of social capital is closely associated with increases in poverty, lower levels of upward mobility,” he says.

Bolstering individual social capital is the key to solving problems facing many churches. In order to do that, however, it’s important churches help people tie the knot, build families, and cultivate a discipline of regular church attendance.

“The two strongest parts of social capital are strong marriages, strong families, and then a connection to a house of worship,” he says. “We also know that marriage itself is probably the world’s greatest poverty-fighting institution.”

In fact, Communio’s goal for the next decade is to see the majority of children raised by “constantly married parents,” says J.P. Though it’s a tall order, J.P. is up to the task, especially after successfully driving down the divorce rate in Jacksonville, Florida.

Darcy, likewise, is endeavoring to move the needle for families. Specifically, her organization, GenJustice, steps in for children when things are dysfunctional at home. Darcy, a foster mother herself, and her team step in to provide a voice and legal representation to those who are abused and abandoned.

“There are so many children coming into the system—we’re talking about a half million a year largely because of very severe drug use in their homes and life endangerment,” she said. “GenJustice is in there…to protect their lives and their liberty interests and their right to family.”

In addition to her pro-bono legal representation for victims of child abandonment, Darcy and her team work to reform and enforce the statutes surrounding children in the foster-care system. For example, if children by law are required to return home, GenJustice makes sure that happens.

“The first thing to recognize is that the foster-care system is simply a system of laws. That’s all it is. And, so, the better the laws, the more protected children will be, the more the rights of families will be respected,” says Darcy.

Conversely, Darcy’s group protects a victim’s constitutional rights when a child’s birth parents or guardians have relinquished their parental rights as a result of a violent crime, persistent drug use or when a parent or guardian is determined to be mentally unfit to parent.

“For children where the family cannot be preserved, in these cases of abandonment, of severe and ongoing drug use—for 10, 15 or more years—sometimes severe mental illness, those children,” she says “have to go through foster care.”

The bottom line is that, when foster children have legal representation, their outcomes are better and, according to Darcy, foster kids get placed with a family or go home three times more quickly than they otherwise would without legal representation.

With half a million children entering the foster-care system annually, it’s not a stretch to say that parenting is hard. That’s where John comes in. As CEO of the Emergent Order Foundation, John works as a storyteller to encourage fathers as they walk the often-challenging road of fatherhood.

“Dads need support, they need celebration, they need a place to turn where they’re not being scolded by the culture, and where they can see themselves as heroes who can help save the country,” says John.

That’s the groundwork Emergent Order Foundation lays. It exists to serve as a source of inspiration for fathers who are struggling in life for whatever reason and remind fathers that they matter—that they are important, integral and serve an irreplaceable role in their child’s life.

Moreover, the Emergent Order Foundation exists to empower fathers and mothers to prioritize their children’s education. If public and private schools aren’t serving their child’s interests, John wants fathers to know it’s OK to withdraw a child from corrupt or inflexible school systems.

“For me, I want a community that embraces a radical alternative approach to raising their kids, and especially around several areas. The number-one for me is alternative education. I want our audience to embrace yanking their kids from traditional school,” says John.

It’s not an easy step to take—pulling a child out of an unresponsive public school or even a private school that doesn’t have a students’ best interests at heart but it’s a necessary step and a step that fathers should be encouraged to take, says John.

“It’s great that more and more Americans are waking up to the fact that the school system does not have their kids’ interest in mind. It is a jobs program. It’s an institution in the most strangling sense of the word. It is a kind of prison. But you have to take action, you have to prioritize it.”

Are you, like us, inspired by the work these leaders and their teams are doing? If so, let us know. This episode is sure to help you think through potential philanthropic partnerships and give insight into ways your giving is creating opportunity for everyone. Subscribe wherever you get your podcasts, and visit us at www.donorstrust.org/podcast to stream the podcast.