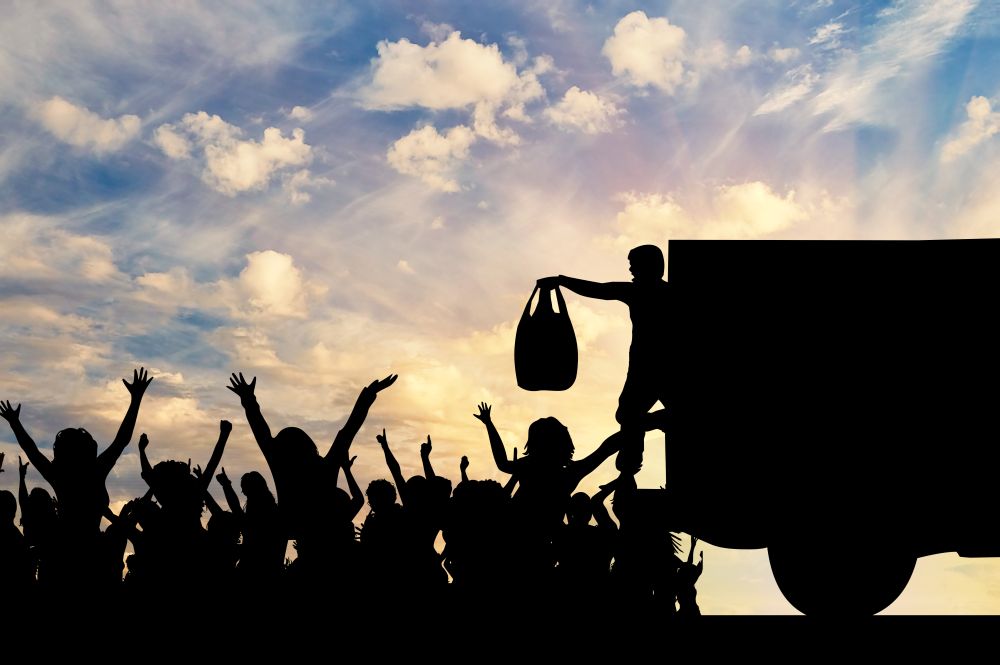 Each month, an expert from the liberty movement shares thoughts on how we might be more strategic in our charitable giving. This month, Brad Lips, CEO of Atlas Network, discusses how we can better address the issue of international development by removing the barriers to wealth generation and promoting institutions that support those principles.

About twenty years ago, I was talking to a friend about a class I took in college on “the causes of poverty.” My friend told me I had it all wrong. He pulled out a copy of what we commonly refer to as The Wealth of Nations, and he drew my attention to the full title of Adam Smith’s 1776 tome: An Inquiry into the Nature and Causes of the Wealth of Nations. My friend explained: “Poverty needs no cause. It is our natural state. Wealth requires a cause.”

The Cause of Wealth

This conversation came back to me, years later, when I had the opportunity to ask the legendary investor, Sir John Templeton, why he supported think tanks around the world.

“There is a great deal of philanthropy that addresses the symptoms of current poverty,” said Sir John. “But comparatively little is directed to the more cost effective strategy of preventing future poverty.”

This succinct insight – from one of the great contrarian investors of the past century – conveys the incredible value that can be created by changing rules and regulations to be more hospitable to economic freedom. Clearly, there are worthy and urgent opportunities to provide humanitarian relief to help the world’s poor today. But Sir John embraced a more ambitious vision: to vastly reduce the need for short-term humanitarian relief in the future. This requires long-term efforts to remove barriers and advance the institutions that contribute to the causes of wealth.

This is a challenge being met head-on by think tanks like Centre for Civil Society in New Delhi, India, which launched a campaign to eliminate minimum capital requirements for new business startups. Their research and social media campaign caught the attention of key public officials and today the requirement is gone, letting entrepreneurs and investors decide for themselves when they’re ready to launch a new venture.

Similarly, the research and advocacy work of the Lithuania Free Market Institute has led to the reduction in the number of days it takes businesses in that country to get a construction permit (from 103 to 69) and electricity connections (from 95 to 75).

Recently, in Ukraine, it was think tank leaders who led the charge to make it easier for fishermen to fish and farmers to farm thanks to the elimination of 22 government-controlled permission requirements for agricultural businesses.

The Path to Prosperity and Self-determination

Do these changes really matter? Absolutely. Experts say the best chance we have for reducing the role of the state in economic planning is by improving opportunities for entrepreneurs at the margin. In Good Capitalism, Bad Capitalism economists William Baumol, Carl Schramm, and Robert Litan identified questions that are most relevant for economic freedom and growth.

1. Is it easy to start, grow and close a business?
2. Is it easy to realize the rewards of productive behavior? (i.e., is there rule of law, freedom of contract, property rights, low taxes?)
3. Is it hard to realize the rewards of unproductive behavior (fraud, theft, rent-seeking)?
4. Is it hard to stop competitors, except by competing? (i.e., are there few barriers to trade and investment?)

Around the world, we see more and more countries able to answer “Yes” to at least some of the questions above. According to the latest Doing Business Report from the World Bank, 122 economies improved their regulatory frameworks for entrepreneurship and free enterprise over the past year. India, Lithuania, and Ukraine were among them, along with many other countries that benefit from the work of independent think tanks, many of which have prioritized and achieved reforms measured by the World Bank’s report.

As the international aid community struggles to justify its own self-perpetuating longevity and largesse, I am emboldened by the results these think tanks are delivering to give individuals what they’ve always deserved, a clear path to prosperity and self-determination. This is what causes wealth. This is rethinking international development – and it works.

For those who care about eradicating poverty and helping vulnerable populations, this approach to development is a necessary complement to humanitarian relief. There are many ways to get involved with this network of more than 450 think tanks working in 90+ countries to advance economic freedom. A good starting point is the Global Directory that we host at AtlasNetwork.org.

You can also meet many of the think tank leaders this year when Atlas Network hosts its annual international Freedom Dinner, November 10 in New York City, where you will also witness one of Sir John’s most exciting lasting legacies – the announcement of this year’s Templeton Freedom Award, honoring think tanks in the spirit of that very conversation with Sir John I referenced earlier.

I like to think Sir John would be pleased with the progress of this network of think tanks doing development differently by, as he said, tackling the more cost effective strategy of preventing future poverty – itself a very worthy cause.

Brad Lips is the CEO of Atlas

Network. He joined Atlas Network in 1998 believing sound policy ideas are best spread by organizations using sound business practices. Brad received his MBA from Emory University and his BA from Princeton University. He speaks and writes widely on the morality of free enterprise and the international freedom champions connected by the Atlas Network.