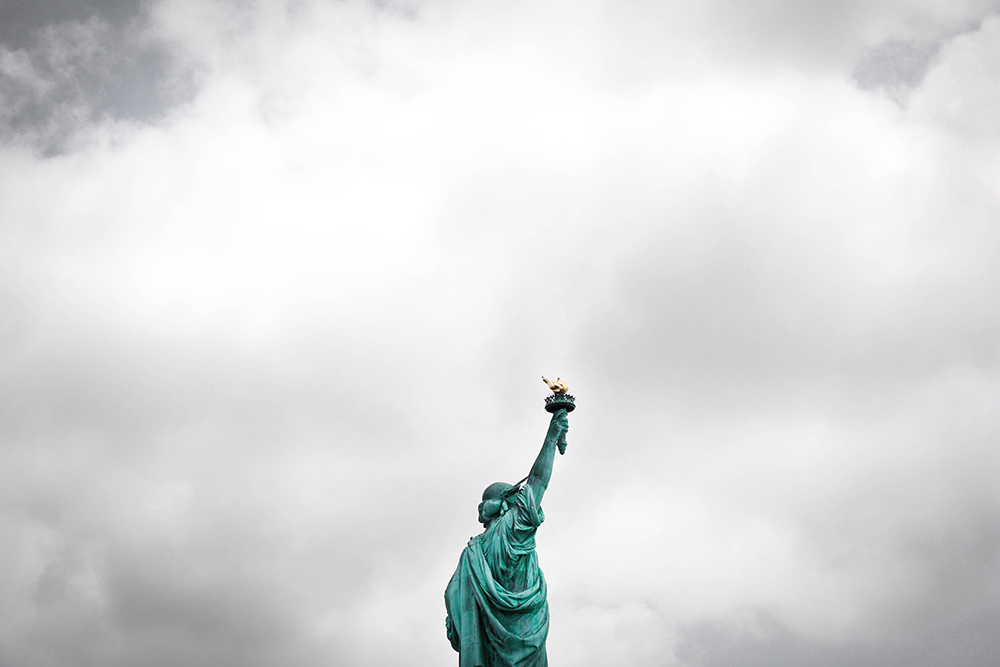 Would You Stand Up to Tyranny?

In 2003, the Castro regime in Cuba threw 75 dissidents into prison and spread the word that those arrested were drug dealers. In truth, they were merely men who dealt in ideas and actions that questioned the ruling values of the socialist government.

Within days, the wives, partners, sisters, and mothers of these men gathered at church. They wore white and armed themselves with flowers. They appeared again and again, marching and speaking out for their imprisoned love ones whose crimes often were no more egregious than what you and I and millions of U.S. citizens regularly do – namely engage in rigorous, sometimes critical, free and civic debate about our government leaders.

These “Women in White”, Las Damas de Blanco, put themselves in as much danger as their husbands and sons by speaking out against tyranny. They faced and accepted abuse and government-organized counter-protests. Yet they continued to stand up and speak out.

As the Women in White were recently honored at Cato Institute’s biennial Friedman Prize dinner, I pondered whether I too would have the wherewithal to stand up in the face of violence, prosecution, even death.

We all want to say yes, especially those of us working in the liberty movement. If we are honest, though, we recognize that even the most contentious battles we face here in America often pale in comparison to those individuals for whom the fight for liberty is truly life or death.

That said, I recognize there are many who believe we are in a fundamental contest to preserve America’s freedoms. We are. Ronald Reagan reminded us that liberty does not naturally pass to the next generation, but must be retaught and refought as we live out the ideals and principles of America’s founding, and ensure our children take up the same mantle.

Part of that teaching includes looking honestly at the world stage for a sense of perspective. We need to see the extreme examples of tyranny – North Korea, Venezuela, Cuba, Russia, Zimbabwe – but also parse out the lessons from those nations that attempt to mix socialism and state influence with liberty, such as China, Uruguay, or certain European countries.

In doing so, we have to avoid hyperbole. Electing a certain politician or passing a unique piece of legislation will not turn us overnight into a failed state. Granted, though, these small cuts chink the armor that protects us against tyranny.

There are many chinks in that armor. Certain places are wearing thin. But small holes can be patched with good ideas, with thoughtful communication, and, perhaps all else, with a sense of gratitude for the blessings we have.

You and I aren’t currently called to stand in front of tanks or risk our lives marching against brutal dictators. We are, however, called to make sure we never put ourselves and our children in such a situation.

Our philanthropic dollars provide us an important mechanism to challenge any encroachment against tyranny in America. Charitable dollars extend our reach, enabling us to support those who do seek to expand liberty and human dignity in places around the globe where human flourishing languishes.

Here are four areas to consider for your philanthropic support in defending freedom both domestically and abroad.

Educating the Next Generation

Contrary to popular belief, the academy is not entirely lost to free-market ideas. Sure, many of its professors lack such a perspective, but a majority of students strive to understand the broad scope of ideas. Student groups such as Young Americans for Liberty and Students for Liberty help disseminate these concepts directly to students, while others such as Institute for Humane Studies, Foundation for Economic Education, and Intercollegiate Studies Institute help develop these students into effective scholars, leaders, and professionals. Organizations such as Bill of Rights Institute and the Ashbrook Center provide professional resources to civics, history and social studies teacher that enable them to focus on the importance of America’s founding. In short, all is not lost, but work remains to be done. For more, see Wolf Von Laer’s piece on student involvement in the free-speech fight, Roger Ream on developing the next generation, and John Miller on the broader efforts to preserve free speech.

When bad ideas and constitutionally dubious laws come into force, the judiciary offers a hard-and-fast way to fight back. Court cases, ideally, move conceptual ideas from the political sphere into the practical sphere of governance. Entities such as Institute for Justice, Pacific Legal Foundation, Speech First, and Mountain States Legal Foundation exist to serve as “law firms for liberty,” advocating for court decisions that enshrine our rights through precedence. . Other non-profit organizations such as Competitive Enterprise Institute and Judicial Watch regularly use the courts to challenge regulatory rules that undermine liberty. For more on how the courts can be a valuable tool, see Sam Kazman’s article from last March on non-profits and litigation.

Remember the Tea Party? Grassroots action matters and can have a profound effect on public perception of legislative and political debates. Groups such as FreedomWorks, Americans for Prosperity Foundation, and National Taxpayers Union engage directly with the people most effected by debates in Washington and in state capitals, who in turn can aim their ire back at legislators and remind them for whom they really work. Matt Kibbe describes the value of grassroots education efforts in a piece here.

For those who care about liberty and justice for all, looking beyond our own borders matters. Taking the concepts of free markets, capitalism, free speech, and other essential tenets to those nations where these ideas don’t exist showcases their life-changing power. Human Rights Foundation is one such organization that raises awareness of and advocates for human rights issues around the globe. Atlas Network works to strengthen pro-freedom groups around the globe so they can better promote these ideas in their home countries. Traditional aid fixes immediate problems (when done well, which isn’t always the case), but, as Brad Lips argues in this piece on doing development differently, long-term policy solutions, properly implemented, have the ability to lift millions out of poverty for good.

How will you stand up to tyranny? We are blessed in this country that the battles we have for our liberties often take the form of words and not violence. No matter what form the fight takes, we can use our actions and our charitable dollars to stand up and keep the light of freedom burning bright.