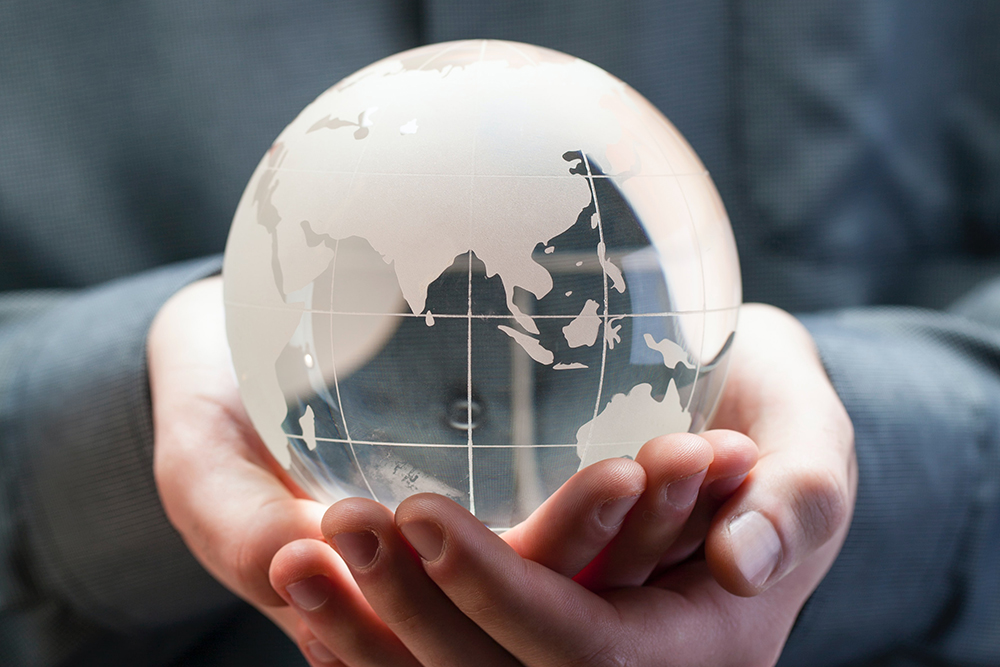 A global recession aside, the U.S. is the world’s most prosperous country. It also is a place where general notions of personal and economic liberty are ingrained in its DNA. While its practices do not always meet expectations, it remains a beacon for the ideas of personal responsibility, free association, and free enterprise.

The U.S. also has a broad network of nonprofit “think tanks”. The idea of a “brain trust” to influence public policy dates back to Franklin Roosevelt who, as president, relied on a group of Ivy League academics. In response to the policies of the New Deal (which emanated from this Trust), the American Enterprise Institute was birthed – the first “national” think tank. The current network of “conservative” think tanks grew during the waning years of the Carter administration and expanded exponentially when Ronald Reagan moved into the White House.

In the early 1990s, the State Policy Network was created to help establish and support a network of state-focused research and education organizations that now exceeds 65 member organizations in all 50 U.S states. All of this reflects the power of the First Amendment when it comes not only to exercising “political speech” but to infusing into the political process conversations, ideas, and debates that are grounded in ideas. This is a sacred and protected process.

Much of this, however, is a parochial perspective. It is important to remember that freedom movements are not the sole prerogative of the United States. Our nation was influenced at its origins with the experiences of the Renaissance, the Age of Enlightenment, Industrial Revolution, and political unrest in the UK and across the Continent.

Ironically, original efforts to create alliances among public policy organizations and state-focused think tanks came not from American citizens, but from overseas. Sir Anthony Fisher, who founded the Institute for Economic Affairs in London in 1955 decades before the existence of the Cato Institute or Heritage Foundation, also created a series of connected think tanks in Canada, the United States, and United Kingdom. Under the auspices of the Atlas Economic Research Institute (now Atlas Network), Sir Anthony pioneered the idea of autonomous organizations working among multiple countries on behalf of freedom and liberty. There are now over 300 such organizations in 100 countries.

Why does this matter?

Many of our accountholders and allies are eager to support such organizations. And they should. Consequently, DonorsTrust is expanding its ability to help facilitate such efforts, particularly those espousing greater economic and personal freedom within their respective host country.

At first glance, you might think this would be an easy thing for a grant making institution to do. After all, aren’t these organizations “public charities” like in the US?

The problem is not that the U.S. government restricts individuals or institutions from making grants to non-US charities. It doesn’t (except for obvious restrictions on supporting groups that the U.S. State Department designates as foreign terrorists). The problem is that the process is administratively burdensome, and because of that, many U.S. private foundations and donor-advised fund sponsors have a policy not to support international charities.

Generally speaking, when a U.S. private foundation or DAF makes a grant to a domestic charity, it does not monitor the specifics of how that grant is spent, especially as most grants are for general operations.

However, when such a grant is made to a non-US based charity, the grant maker must conduct what is called “expenditure control”. The IRS requires this to be performed for each grant – documenting how all the grant monies were allocated, including approving budgets, reviewing contracts to third parties and maintaining all receipts. Failure to do so can result not only in the forfeiture of future grants to that particular institution, but the loss of the grant maker’s charitable tax status with the IRS.

Recognizing this, many foreign charities register in the United States as an independent charity. These are called “Friends of…” programs, with a separate board of directors, IRS charitable certification, and “license” to operate in various states for the purpose of raising money. Grants to these “Friends of..” groups therefore are fully tax deductible, and expenditure control is not required – the assumption being that the U.S. “Friends of” group is conducting such controls since its primary purpose is to support the originating charity in the host country.

A New Giving Option for Clients

Many freedom-oriented nonprofits overseas do not have the resources to create and/or maintain such a program. This is where DonorsTrust comes in. We work with a third-party vendor to conduct an “equivalency determination” for any potential grantee that is not a US based charity, and one that has existing support from active (or potential) DonorsTrust accountholders. The review process takes about three months.

Ideally, when completed, the charity is deemed to be the “equivalent” of a US charity were it to create a “Friends of” program or to operate as a US charity. While not without risk, this enables DonorsTrust to make grants directly to the overseas institution essentially without having to maintain expenditure control, something for which we do not currently have the manpower nor time to conduct.

To date, four organizations are undergoing this equivalency determination process for giving through DonorsTrust: Universidad Francisco Marroquin (Guatemala), Jerusalem Institute for Market Studies, Center for Indonesian Policy Studies, and Fundacion Para el Progresso (Chile). We anticipate adding more groups over time at the recommendation of our donor-advised fund clients, with priority given to those international organizations that receive regular and consistent gifts from our donors.

In addition, the Atlas Network has created a DonorsTrust Strategic Venture Fund to help facilitate gifts overseas (and, as necessary, wear the expenditure control mantle).

In certain cases, international groups can work with DonorsTrust to receive grants and contributions as a less-expensive alternative to creating their own Friends of program. DonorsTrust accountholders who currently support non-US charities should contact us to discuss the possibility of including them in this equivalency determination process.

At DonorsTrust we focus on preserving our clients’ intent. By expanding potential grantees to include international think tanks, we not only broaden our ability to support our clients, but gladly serve the global cause of liberty for all.