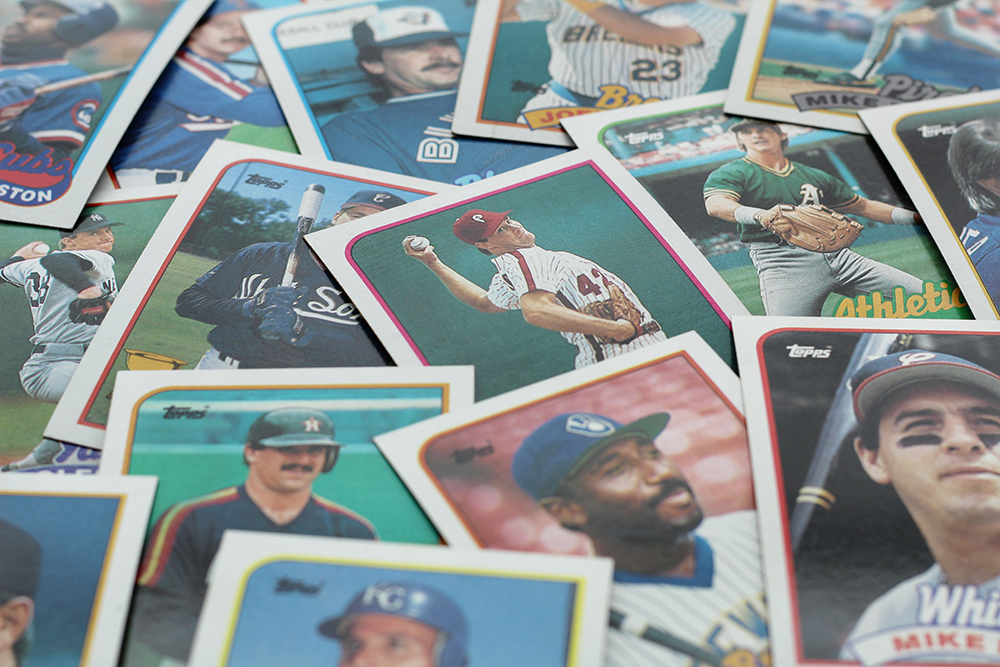 The Kids Are Alright: Charitable Planning for the Future

There is a stack of baseball cards in my hand, and they have me missing my Dad.

He died four years ago, and I wish he were here right now to tell his grandkids about the adventures of his youth. I would have something to say to him too, but I’ll get to that later.

I’ve spent the days since Thanksgiving transforming my oldest child, Andrew’s bedroom into a “young adult’s” room. Andrew had to stay at Hillsdale College for the holiday because of COVID restrictions, so I want to surprise him at Christmas. As I’m sprucing up his room, I’m clearing out some of the Red Sox banners and Patriots hats that dominate the current decor.

But some of this baseball memorabilia I can’t bear to move.

In front of me is a bat signed by Frank Howard, a star player for the Washington Senators’ baseball team from the 1960s. Growing up, I heard many stories about “The Washington Monument” (as the 6’7″ home run hitter was known). That’s because my Dad and his brother worked as bat boys for the Senators in the late 1950s. Yes, bat boys!

Can you imagine a bigger dream for an American boy than sharing the dugout with greats like Harmon Killebrew and walking the same field as Mickey Mantle and Joe DiMaggio?

Dad was very thoughtful in sharing important belongings with his children and grandchildren: like these baseball cards in my hand and the Frank Howard bat in front of me. His planning via life insurance policies and bank accounts on the other hand left much to be desired.

Though Dad passed away rather suddenly in 2016, I was blessed to be holding his hand when he died. In the days after his death, making sense of Dad’s handwritten notes about his assets and navigating phone systems to get answers on how to organize Dad’s estate for distribution left me mentally and emotionally drained. This was a long process, one that didn’t need to be so complicated.

So this is what I wish I could have said to my Dad while he was alive: “Dad, it’s very easy to get organized for the inevitable!”

Unfortunately, I wasn’t able to say this and so Dad didn’t do it.

While thinking about how assets will be distributed upon your death is a sensitive subject, there is great peace of mind on the other side once your plans are in place.

Dad left me quite a puzzle to figure out after he was gone. Rather than leaving me pages of notebook paper, Dad could have worked with DonorsTrust to arrange for his passing. The regular updates to his bequest account with the life insurance policies he’d bought for this grandkids and support for the charities dearest to his heart would have been neatly and easily taken care of.

Yes, Dad left his grandkids some great signed baseball memorabilia, but what a priceless gift he could have left them with charitable accounts at Novus Society – a community specifically designed to grow the next generation of young philanthropists.

Dad also could have opened his own DonorsTrust bequest account to enable charitable gifts from his remaining assets (whether liquid or illiquid – like those artifacts from his batboy days!). Perhaps he would have given a gift to one of the organizations where Andrew has interned, like Institute for Humane Studies, FREOPP, or Hillsdale College, where he is currently a student. As a devout Catholic, I’m sure he would have loved to direct a portion of his funds to supporting his local church. Perhaps he would have also supported civic groups like GenJustice, which works to protect the interests of foster children since his parents fostered. With a donor-advised fund, all of Dad’s charitable interests could have benefited.

Support from DonorsTrust could have saved me from needing to pay tax penalties on Dad’s IRA. Did you know that IRAs are taxable to any beneficiary other than your spouse? If Dad had thought about it, he could have put his IRA in his bequest account at DonorsTrust, and he could have named my brother and me as advisors to direct donation’s in Dad’s name after his passing so that charitable dollars wouldn’t have been lost to Uncle Sam.

Actually, Dad was a private guy and would have benefited from the option of donor-advised funds to provided differing levels of anonymity for charitable gifts. Maybe Dad would have named his account in honor of that Washington Senators team that few remember today, but would be remembered through his philanthropic endeavors.

A Legacy Is More Than Memories

As I hang his Frank Howard-signed bat in a special place in Andrew’s room, I think again about how much our family misses Dad. Our fond memories of my beloved Dad are a substantial legacy, but I wish I’d been able to intervene to help him put his assets to use in a smarter way. As it is, part of his legacy to me are some charitable planning lessons learned the hard way.

They’re lessons that could benefit you, too. If you’re ready to do the charitable planning that Dad never got around to, my colleagues and I at DonorsTrust would be delighted to talk with you about your philanthropic legacy, and how you can achieve your goals and spare your loved ones the confusion of sorting through handwritten notes.