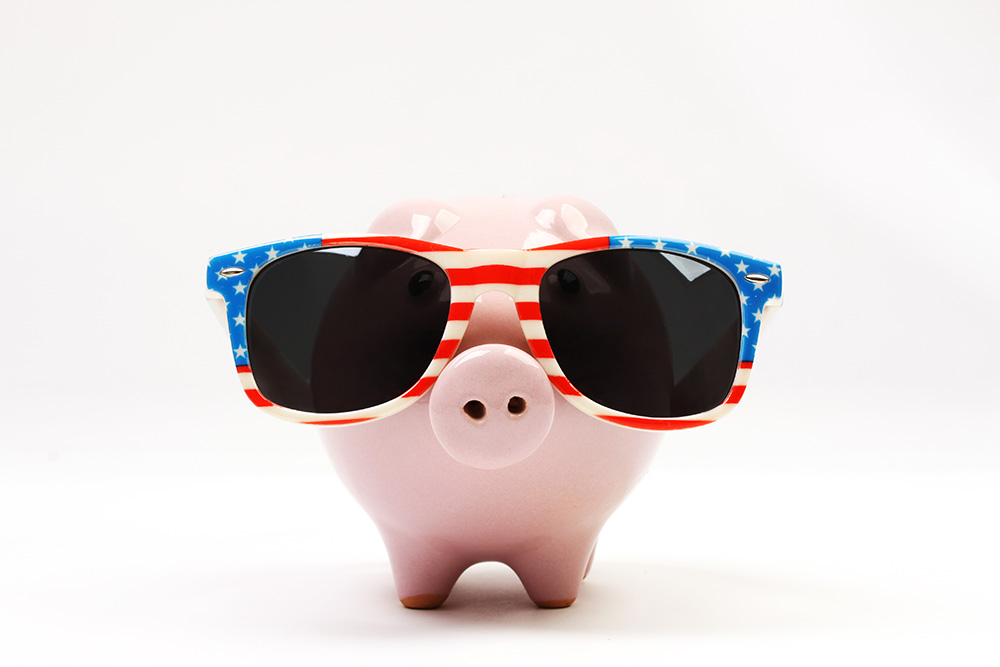 By Peter LipsettMarch 5, 2019No Comments

Thoughtful givers like Maggie don’t simply think about how they will give, or even just about why they give. A thoughtful giver wants purpose and means to intersect. In doing so, her giving has more power.

Through her research, she came across DonorsTrust. She was thrilled to find a donor-advised fund provider that shared her perspective and wouldn’t be holding its nose when making grants to the small-government and religious-advancing charities that she prioritized in her giving.

Maggie understood that not every DAF provider shared her world view. Just as she wouldn’t stop eating out because a single restaurant disappointed her, Maggie shopped around until she found a match.

Had she first read a recent article in the Libertas magazine published by our friends at Young America’s Foundation, she might have grown unnecessarily concerned about donor-advised funds in general.

In the interview, titled with the question, “Are Donor Advised Funds Safe for Conservatives?” estate attorney Kimberly Begg pointedly says that conservative donors should avoid DAFs for their giving.

That’s a sweeping generalization that misses the point. The community of donor-advised fund providers offers the same benefit as any thriving marketplace – consumer choice. In our increasingly polarized society, we sometimes lose sight of the Big Picture.

Here’s a critical and overlooked nuance to her comment: Not all DAFs are created equal.

While Mrs. Begg does mention DonorsTrust, Bradley Impact Fund, and National Christian Foundation, she does so without clarifying that each offers donor-advised funds centered on an explicitly conservative (or, in NCF’s case, Christian) worldview. It’s unfortunate the article missed a perfect teachable moment, and one grounded in free-enterprise principles: you, as the consumer, control your choices, not the other way around.

The real point donors should take away from the Libertas interview is this: If donors don’t take steps to protect their donor intent, someone else will guide those choices – and will often guide them astray.

Mrs. Begg makes this point at the outset, but in too narrow a way:

Although many conservatives have used donor-advised funds to successfully advance their ideas, reliance on these unique giving vehicles could lead to gross violations of donor intent and the hijacking of millions of dollars intended for conservative causes.

That’s true. However, the same is true for a donor leaving money behind in a private foundation, as the Exhibit A  examples of Ford, Rockefeller, Pew, and (more recently) Surdna Foundations show.

Leaving posthumous gifts in the hands of heirs is likewise fraught with danger, particularly if the kids don’t share your values and priorities. Statistically, their  first purchase is more likely to be a new car, and I don’t know of any liberty-advancing charities selling sedans.

It’s true that a donation into a donor-advised fund is an irrevocable, unrestricted gift, and it’s very important that donors understand this. Once given, the funds are legally owned by the DAF provider.

Giving that contribution offers you advisory privileges, but not ownership. Generally speaking, the provider will follow your wishes unless the request runs counter to the DAF provider’s stated principles.

That irrevocable transfer enables more generous tax advantage for the giver as compared to giving into a private foundation. If the donor is wary of the loss of control, a donor-advised fund may not be his or her cup of tea.

Let’s consider the DAF provider’s ability to say “no” from a different lens, though. If you work with a mission-driven donor-advised fund such as DonorsTrust, your partnership comes with a basic agreement on elements of donor intent. That protects your giving right from the start.

Or, as one of our clients told us recently, “If you are with DonorsTrust, and you drop dead, your son can’t come in and give to socialist orgs.”

Typically, when we turn down a grant request, our donors thank us. It means we’ve learned something about the organization they didn’t know. Often it’s that the group takes more government money than the donor would like, or that some of its projects run at cross-purposes to our shared values of limited government, personal responsibility, and free enterprise.

Further, with a well-defined donor intent statement, a DAF provider can do more than simply execute your wishes after you’ve passed away. It can use your intent to pause or redirect a gift if an organization you historically supported begins to run counter to your wishes.

The Libertas interview correctly points out that the big-bank commercial DAFs will sometimes say no for the opposite reason. Groups such as Southern Poverty Law Center and Human Rights Campaign have slandered a number of conservative and libertarian groups in such a way as to make the commercial DAFs hesitate or even refuse to make gifts.

If that makes you uncomfortable, don’t give up on donor-advised funds as a whole – simply exercise your right not to use those providers!

Why Wouldn’t You Use A DAF?

Perhaps the real question is why wouldn’t a liberty-minded donor want to use a donor-advised fund? As a tool, DAFs address principles we care about:

Donors of every ideology, size, and creed should be thoughtful in making a charitable intent plan. As we say in our 8 Steps to Securing Your Donor Intent guide, “You don’t have to leave behind a Rockefeller-sized fortune to experience the pitfalls of unsecured donor intent.”

Working with a donor-advised fund that shares your principles offers a simple step toward protecting your intent. That’s true in life but also as part of your estate planning.

That Libertas billed the interview as focused on planned giving is alarming, since a donor-advised fund can offer a simple, tax-efficient charitable hub for your estate plan as well as for lifetime planned gifts. You can make a DAF the charitable beneficiary of fund from IRAs, CRTs, CLTs, bequests, and other planning vehicles, streamlining your giving into one place. Again, the place you entrust to maintain and carry out your legacy and the instructions you leave behind are the most important factors in whether your intent will be carried out, not the vehicle itself.

Define Your “Why” First

It’s a mistake to write off an entire (and the most rapidly growing) class of philanthropic tools simply because of mistakes by some mis-aligned apples. Donor-advised funds offer conservative and libertarian donors the same basic benefits as they do anyone else. Choosing the right donor-advised fund only makes the tool more powerful.

Before choosing any charitable tool, the first thing to do is focus on your “why.” What guides your giving? How is the world a better place because of your philanthropy? Our new client Maggie knew her why, and also wanted a partner to make sure that her giving stayed true to that purpose.

Mrs. Begg is correct in saying that “any giving arrangement that delegates decision-making to a third part is risky.” Let’s remember, though, that once you’ve passed on, all the decisions are being made by third parties. A donor-advised fund explicitly built around your cherished principles may be your best means of ensuring you leave the legacy you intend.