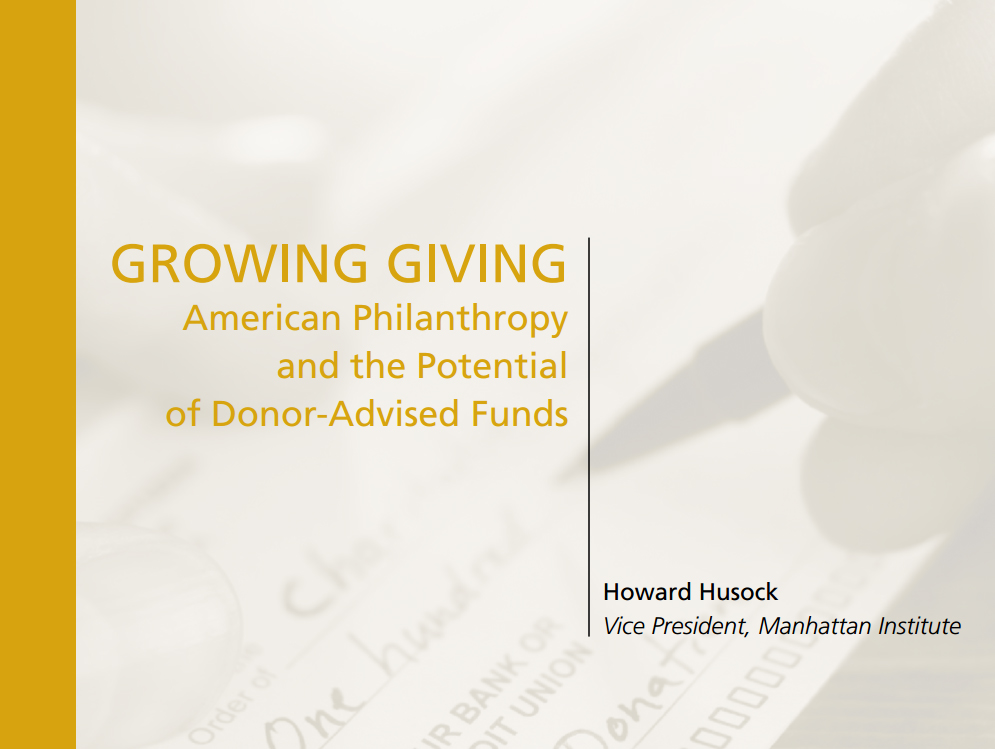 New research into donor-advised funds speaks to their benefits

Are donor-advised funds beneficial? Though the benefits of donor-advised accounts to individuals are fairly well known – the tax advantages and just the overall ease – is this funding vehicle helping society overall?

Yes, says the Manhattan Institute’s Howard Husock. His new report, Growth Giving: American Philanthropy and the Potential of Donor-Advised Funds, concludes donor-advised funds play a key role in philanthropy in many ways. His research suggests giving from donor-advised funds complements other giving by donors and stands to increase overall charitable giving in the future.

One advantage he cites is the smoothing effect donor-advised fund giving can have on philanthropy during economic downturns. At DonorsTrust, we witnessed what many other fund sponsors did, which was a significant drop-off in new contributions from 2007 to 2009. At the same time, we received a relatively steady flow of grant requests from clients whose accounts had money built up from past years. As he says in his report,

Because of their appreciated reserves, DAFs may respond countercyclically to economic downturns, too, providing a floor for overall charitable giving. In the wake of the 2008 economic crisis, this was largely the case: donations from accounts at two of the three NDAFs [national donor-advised funds] increased even as overall U.S. charitable giving declined, from $311 billion in 2007 to $299.61 billion in 2008.

For a high-level view of Mr. Husock’s report, look at his article in Inside Philanthropy magazine, “Why Donor-Advised Funds Can Increase Charitable Giving.” His full report is available here.