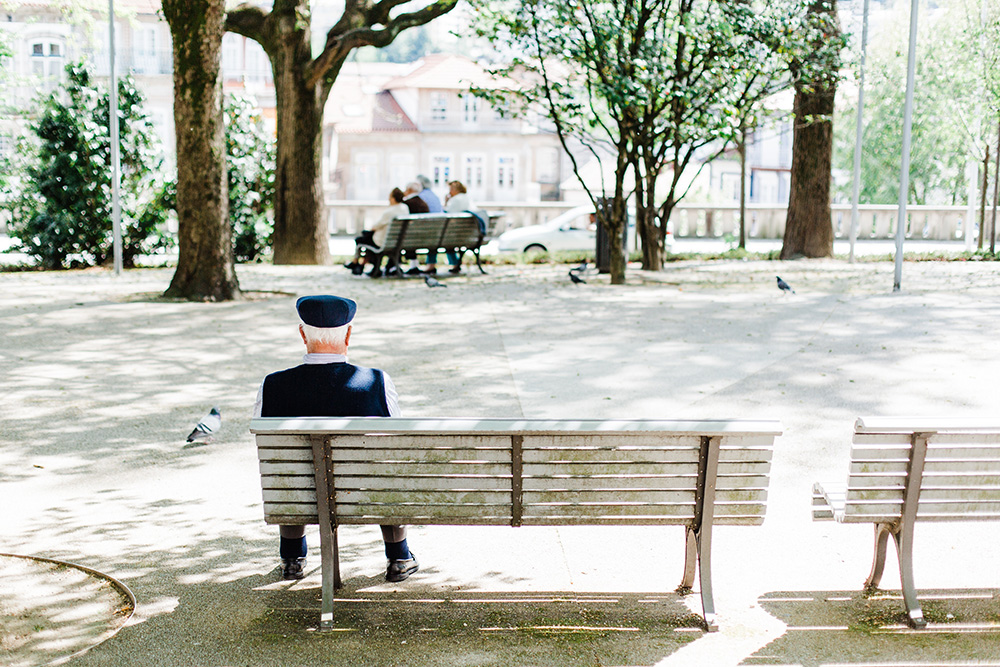 What role does privacy play in charitable giving? Why does it matter? In this month’s donor profile, Robert Boyd of Virginia shares with us his perspective on his charitable upbringing and why charitable giving should be a private matter. You can read last month’s feature here.

What inspires your philanthropy?

It comes from several strands, but mainly family background. My paternal grandfather from his own modest background enabled his his siblings to go to university, and my maternal grandfather was always helping other people. My father was a university professor, my mother a senior lecturer. He also chaired and served on many public service committees, she volunteered at a women’s health clinic. I was conscious of my good fortune in the family and circumstances in which I grew up and Save the Children Fund resonated with me. It seemed natural to share my good fortune with other children.

After I started work in the financial world, I remember thinking, “I’m really enjoying my work as an analyst, but something isn’t quite in the right balance; maybe I should, after all, have had a service career of some sort myself,” – as I had considered while at  university. I talked to my boss and he suggested a conversation with the “partner with a conscience” in another closely associated firm. As a result of that conversation, I determined that the right thing for me to do was carry on in my career, but that I should channel a part of what I was making into helping other people in some way.

I was working in Hong Kong in 1973/4, and that was an unbelievably awful financial time worldwide. The stock market fell 90% in Hong Kong, 75% in the United Kingdom. Britain was in demonstrably very bad shape, with incompetent economic management, government was far too big and meddling far too much in the economy, and monetary policy was disastrous. I could read in the Financial Times all the things that were going wrong back in Britain, but I could look out the window in Hong Kong and barely tell the extent of the worldwide recession. Everyone was going about productive work. They might have been doing different jobs or were being paid less for it than they had been before, but the labor market was working: people were earning and saving and supporting their families.

At that time, I was introduced by my chairman in London to the research publications of the Institute of Economic Affairs, which gave me an intellectual framework to understand why Britain was struggling, but why Hong Kong was working. That was the beginning of my association with the IEA and subsequently Atlas Network and Antony Fisher. In turn, this helped to crystallize my thinking about philanthropy.

Privacy was something that was instilled into me as a very, very important asset by my parents. They met at a conference in Geneva in 1931. It was sponsored by wealthy American philanthropists through the League of Nations, with the idea that if you got young intellectuals from across Europe together, then another world war would be less likely.

A number of the young people they met and got on well with were Jewish students from Germany, Austria, and Hungary who were duly eliminated by the Nazis. The significance of that was that we must avoid a society where Nazis of any kind can come knocking on your door, and privacy was an essential element of that in my parents’ mind. I was shocked going to France on holiday to find I had to produce my passport just to stay in a hotel. (I also dislike intensely being asked, here in the USA, what is my race).

Another element: from the parable on self-perception in St.Luke’s Gospel [18:10-14].  Two men go to the temple to pray. One might have been considered, by the standards of the day, a respectable and comfortably well to-do person, the other, comparably disreputable. The first gives thanks for his own virtue, as he sees it, demonstrated in his giving to charity and fasting. The second goes into a corner, humbles himself and asks for forgiveness as a sinner. That has always resonated with me a great deal and makes me uncomfortable with the idea of seeing my name associated with a gift.

I am also very conscious that the proper measure of generosity is not quantitative, but relative to means: a small financial contribution to a cause may reflect far greater generosity on the donor’s part than a larger sum from someone with greater funds at their disposal. It doesn’t seem fair to appear higher up the page merely because one is able to write a larger check.

I have been extremely fortunate in very many ways, just one of which is in financial terms. A large amount of what I have is down to being in the right place at the right time and, particularly, to decisions made by other people to give me an opportunity. So there is an element in which I feel the capital I have now has been given to me to hold and to invest in trust.

Hopefully it means less junk mail from charities. I really resent the junk mail and the waste of money, that when you give to something so of it much is then dissipated in wasted mailings.

So what does it allow me to do? Just make decisions, to make donations without having to discuss them or justify or explain them to anybody else other than my wife.

We occasionally hear that people who give privately are “hiding something” or are otherwise nefarious. What do you say to that criticism?

That nefarious notion has never occurred to me; as my wife observed “it’s none of their business.” In any case, if people don’t know I’m writing the check, then they can’t say I’m nefarious, can they?

Many people supporting education or ideas-based institutes are modest about their personal success, and seeking privacy is a legitimate viewpoint that the “antis” probably haven’t even thought about.

How does being part of DonorsTrust aid your charitable efforts?

It’s the trust. Our basic approach is to make the charitable donations during our lifetimes that we would otherwise intend to make from our estate. But I can also leave instructions for the remaining money in my retirement account or donor-advised fund to go to DonorsTrust, and then it’s very easy for me to sit down with you or anyone here and say “this is where I’d like it to go.”  And if circumstances change – for example, at a beneficiary charity – it is easy to update wishes.

DonorsTrust is somebody I trust to know me. And since, however thoroughly I think I have planned, it seems inevitable there may be some things that are unclear or fuzzy, or I haven’t updated something, I would entirely trust DonorsTrust talking with my wife or with our sons to determine what Dad would have wanted done with the money.

There is another element of DonorsTrust, and it’s the reason why I like to give money to the Whitney Ball Memorial Fund. I think DonorsTrust is in a unique position to help institutes and think tanks, which all have their cycles of good times and problems of one kind or another. DonorsTrust is in a position to be really helpful whether it is in guiding institutes at the startup phase, as a sounding board in times of tribulation, or a resource for growth.