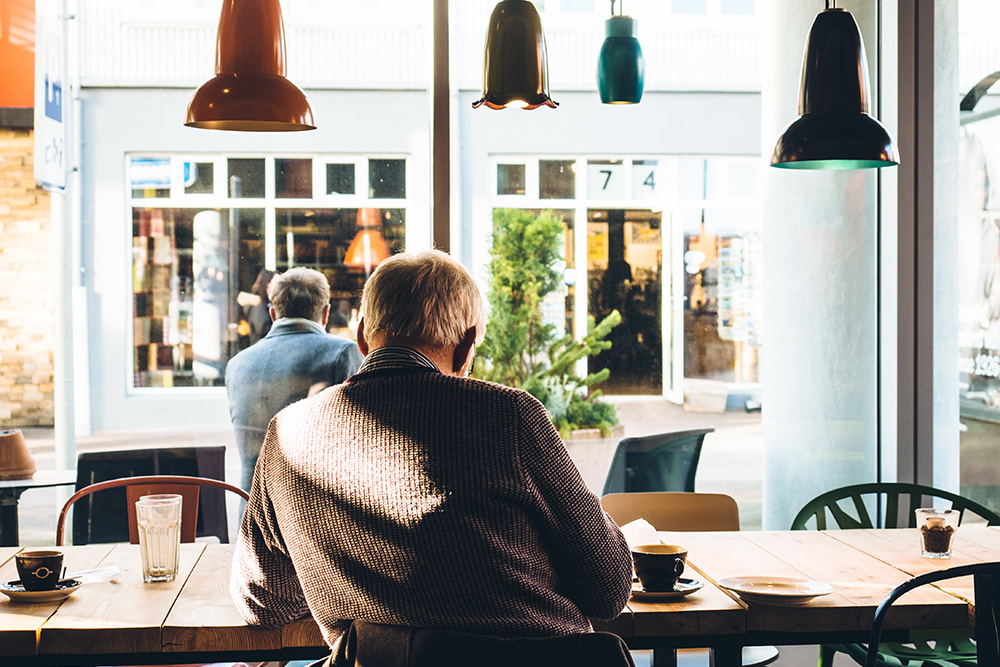 This is latest installment in our Client Stories, a blog series that shares how our clients use their DonorsTrust donor-advised accounts in different ways to achieve their philanthropic goals. You can read the previous article from George and Marilyn Pearson here.

A client for over a decade, John spent many years in a major U.S. city’s tax and accounting world. He has used his donor-advised funds in distinct ways, starting with his earning days. His strategies changed as he entered retirement, and will evolve again as he turns 70 ½ and faces required minimum distributions from his IRA.

His story illustrates the many ways to use a fund, and also illustrates the variety of benefits a DonorsTrust DAF offers. He asked we only use his first name as he likes to be private in his giving.

What prompted you to open a DAF in the first place?

When you opened your fund, you were deep into your working life, but you have now settled into retirement. How have you seen your use of the fund change between those two phases?

From a financial planning standpoint, once you have confidence in the fund, you can use it for tax modeling. It is a poor man’s private foundation. You don’t have to jump through hoops to open a fund like you do with a family foundation, which requires IRS approval, annual disclosure requirements, and annual tax filings. Once [the DAF] is up and going, it doesn’t serve as the Accountant and Lawyers Full Employment Act! Instead, it becomes one more tool for saving and tax planning.

I funded the DAF with appreciated securities and was already contributing to various charities. Initially, in those working years, I was attracted to the tax aspect and the ease of administration. Additionally, I could also build the balance.

I retired in 2016 and then my income dropped, so the ability to make charitable contributions came down. In pre-retirement years, when income was higher and deductions on charitable limits were higher, I made charitable gifts [into the fund] to maximize tax benefits but also for use in later years, post-retirement, when larger gifts may not always be deductible or become carry-forwards. Since I built up that balance, I was able to support the groups I care about at similar levels for longer. After supporting these groups for a number of years that have a proven track record, it’s hard to cut back. A donor-advised fund is definitely a tool to be aware of before you retire and income drops.

You’re currently looking ahead to your 70th birthday, but a bigger milestone that is coming up may be when you turn 70 ½, when you face the required minimum distribution from your IRA for the first time. How should that change people’s approach to giving?

It will vary depending on people’s individual situation, but going into the IRAs could increase your available dollars for charitable giving. When the required minimum distributions from the IRAs hit, you can supplement your current giving by up to $100,000 by making direct gifts to organizations from the IRA. Or perhaps your income has decreased and your ability to make deductible contributions at historical levels has decreased, but at 70 ½ you can use the giving from the IRA to get back to your former level. You’re required to draw down, I believe, 4% in your first year. That may be more than someone needs for their lifestyle, and charitable giving is a great way to spend that money, and in a tax-free way.

[Note: the tax-free contributions from your IRA can go to any public charity, but they cannot specifically go to a donor-advised fund account over which the giver has advisory privileges. IRA gifts into a donor-advised fund account are certainly possible, but the IRA funds you draw from are taxable. DonorsTrust CFO Jeff Zysik offers more detail on this in a post here.]

How did you end up with DonorsTrust?

I actually had a Fidelity [Charitable] fund for a few years before I found DonorsTrust. I don’t remember who introduced me to Whitney Ball [DonorsTrust’s founding president]. I had been using the Fidelity DAF so I wasn’t a stranger to the concept, and then I saw what DonorsTrust was doing in terms of promoting pro-growth, free-market liberty groups. That spoke to my personal philosophy, so that was an easy change.

Then I realized this is also a great consultative arrangement. Who is doing neat stuff? Is something new starting up that has needs? DonorsTrust probably is aware of something going on that is of interest to you and can serve as a connector. For example, Whitney introduced me to Institute for Humane Studies. When I understood its business model and its leveraging, contributing became a no-brainer.

So why DonorsTrust vs Fidelity or Schwab? For me, it would be that it’s a more focused fund and there are consultative aspects that you aren’t going to get anywhere else.