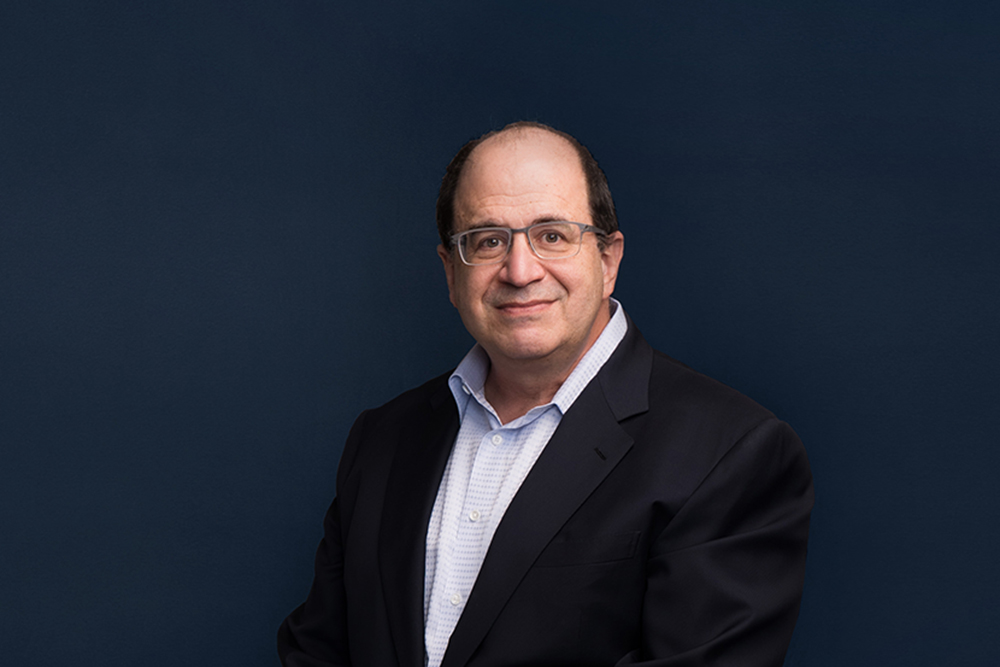 Why Daniel Gives: Tax Efficiency to Get the Job Done

Each month we share how current DonorsTrust clients use a donor-advised fund to fulfill their charitable goals in our Client Stories series. Our latest feature focuses on a client who uses his fund to increase his tax-savings and then maximize his impact with the organizations he cares for. You can read the previous installment featuring Gerry Ohrstrom here.

Daniel Gressel is an investor living in Greenwich, Connecticut. He has been with DonorsTrust for more than 15 years. I sat down with him in his home to discuss his fascinating experience such as learning from Milton Friedman, putting free-market ideas into practice, turning Connecticut into a pro-growth state, and thinking strategically about his philanthropy.

You had the opportunity to study under Milton Friedman at [University of] Chicago. What was the most valuable lesson you learned from him?

I had his last class – Price Theory. For me it explains how the world works and the questions I’m interested in. [Chicago professor] Gary Becker tried to make economics explain psychology, and I guess it works there too. It definitely explains the things you see in the business world pretty well. That’s why I liked economics. It was a combination of math, science, and business all wrapped up into one field of study.

What led you to study economics in the first place?

Reading Milton Friedman as a little boy in Newsweek. There was a time when he, Paul Samuelson and Henry Wallach had an article in Newsweek every third week. I was growing up in a town of 7,000 in Ohio and I would get the article and tell my parents about it and they would have no clue what I was talking about.

It’s probably the only complete thing I’ve ever done in my life. First, I went to the University of Chicago and learned politics and philosophy. Then I went to Chile and helped to implement some of it in the form of taking the politics and economics and turning it into policy and law. The last thing I did was start the GT Chile Growth Fund, which bought about .8% of the Chilean stock market. It went up about 10 times after which we dissolved the fund and returned the capital to our shareholders. This was after I quit being a professor and was working for a firm called GT Capital Management in San Francisco. So I started with the philosophy of free market economics, ended up applying that to the organization of society, then invested based on it, and called it a day.

What are your major philanthropic priorities? Have those changed over time?

My love is the free-market think tank world. I worked at one, the Centro de Estudios Publicos in Chile.

I’ve always supported free-market think tanks. Fifteen years ago or so, Andy Cowen and I discovered a free-market think tank here in Connecticut – the Yankee Institute. We called it up and Andy and I started to give to it. We had lots of fits and starts as we increased our involvement and made a lot of mistakes, and we eventually realized we needed to spend the resources to hire a strong president. By this time, I was giving money through DonorsTrust and I told Whitney [Ball, DonorsTrust’s founding president] about the search, and she recommended Claire Kittle Dixon at Talent Market [a free-market talent agency that was then housed under DonorsTrust]. We found a great president – Carol Leibau.

SPN has helped a lot, and so I give money every year to SPN (State Policy Network). I don’t give to the big Washington think tanks because my gift, even a sizable gift, does not have as much impact as my gifts to Yankee or to smaller organizations.

You have been heavily involved with Yankee Institute, including on the board. What lessons have you taken away from that board leadership role?

If I were going to give any advice to other donors to free-market think tanks, especially if they are on the board, it’s that you have two responsibilities – you get to hire and fire the president and you make sure no one is stealing. Everything else is icing on the cake, but the most important thing you do is hire the right person. Claire found Carol Liebau for us and she has done a great job. We hired Carol and the rest is history. She knows what she’s doing. She wants to win, she’s smart and energetic and dedicated. When I started giving to Yankee its budget was $70,000 per year. Now Yankee is around $2.4 million per year.

What I tend to do now is look for people who have a lot of energy and are smart and try to back them. That’s what I try to do in business.

You still seem to be optimistic about what free-market ideas and organizations can do in Connecticut.

Well yeah! Connecticut is spending $50 billion combined at the state and local level. Were we to spend per capita at the Florida RAE, we would only spend $30 billion per year. That difference of $20 billion is not buying higher quality state government services. That extra $20 billion is the reason everyone is leaving the state, because taxes are too high relative to the value received. The ones who are paying the enormous taxes are leaving. If we were to get strong pro-growth leadership, this is an imminently fixable problem.

Given Connecticut’s location between Boston and New York, given its coastline, bucolic back country, universities, and highly trained workforce, it’d be the best place to have a business, best place to raise a family, and the best place to live in the United States. That’s the goal.

How did you link up with DonorsTrust?

I don’t recall how I met Whitney. I believe I got invited to a Manhattan Institute dinner and Whitney was at the table. At some point I knew I was going to start doing charitable giving in a more strategic way. Once I understood how the donor-advised fund worked, I realized I could switch my giving around a bit to make it more efficient tax-wise for me with the fund.

How does DonorsTrust help you with your giving?

I valued Whitney being a sounding board for what was going on in the liberty movement. Lawson is fantastic also doing the same thing. Every year, I make a spreadsheet of gifts and send it to him and ask him “What do you think?” and he offers his advice. And I know the think tank world in Israel pretty well, and sometimes I answer Lawson’s questions on those.

The DAF allows me to time my donations in a way that is optimal on the tax front, so I’m not constrained by that. Then I can make the donations when I want. I also try to financially support DonorsTrust. DonorsTrust is part of the infrastructure of freedom and I will do what I can to help.

What is the Daniel Gressel legacy?

I don’t think I have a big enough ego to decide that. I want to act correctly in front of my children – in a way they can emulate – because I don’t want to tell them what to do. I want them to say, “why don’t I act in that fashion?”

Yankee is something that I will have helped build, which is why I prefer to give to it than the larger think tanks in Washington.

I also have a company in Israel where I’m making genetically modified algae, which can be used as an insecticide or a vaccine for fish or poultry or swine.

It would be wonderful if we can change animal health for the better via oral delivery of vaccines. Instead of giving a pig, chicken or fish a shot, we would add our algae to their feed.

If our approach on insecticides work, we will be able to control pests in an environmentally favorable way. We place a molecule inside the algae which kills the insect eating it, which has no effect on any human who would inadvertently consume the algae.

We hope to make an orally delivered human growth hormone using algae rather than taking a shot. It could be used to orally deliver other proteins, too.

I am also doing something interesting in the assisted living space. We are building mid-market assisted living facilities in Opportunity Zones. These will help these relatively poor areas in terms of employment for the residents, taxes for the city, and a place to live for older people. Currently, private pay assisted living is too expensive for the majority of American retirees. Our product will solve a problem we have in the country by bringing down the cost of assisted living for those without a great deal of savings.

That’s a good reminder that philanthropy and government aren’t the only two vehicles for solving problems in this country.

Business solves problems better than philanthropy. Philanthropy comes in when you can’t figure out a way to make a profit solving the problem. The problem we’re solving in the free-market think tank community is we are trying to figure out a way for all of us to get together.

Someone has to organize it. The first year of a think tank, nothing works right. Eventually, over time, it starts to publish papers and begin to bring together a disparate group of people who, working together, can turn a state around.

Donors working on their own without a strategy means they waste the money and get nothing done. So you need these intermediary organizations to take the money, hire the people, have a board, have a strategy, and use their brains to multiply the effectiveness of any one individual’s contribution. That is what we hope the think tank is doing.

And DonorsTrust is one step further removed from the immediate problem. It is a tertiary organization. You make it easier for us philanthropists to get our job done. The advantages for me of DonorsTrust is in tax efficiency, advice, and elimination of the regulatory burden of having one’s own foundation. Plus you get the side benefit of protecting donor intent if you don’t give away all of your money during your lifetime.