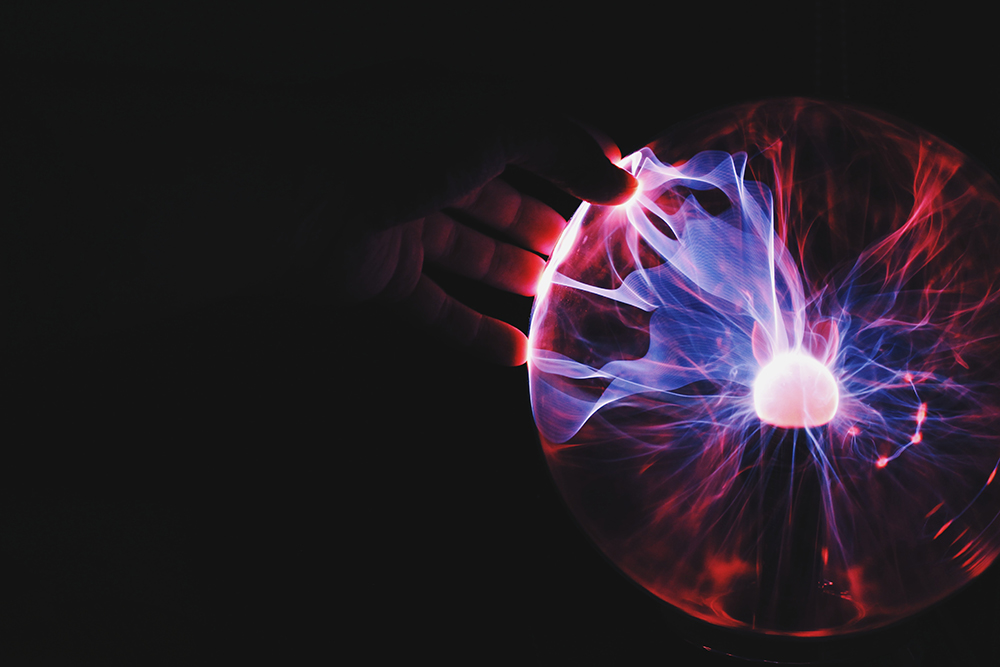 Why Gerry Gives: To Discover What’s Next

In our Client Stories Series, we share how current DonorsTrust clients use a donor-advised fund to fulfill their charitable goals. This month we feature a client who uses his fund to streamline and simplify his giving so that he can focus on finding new organizations out there doing good work. You can read the previous installment featuring Dan Rothschild here.

How should a donor consider engaging charitably with science and medicine? One DonorsTrust client who knows a lot about such giving is Gerry Ohrstrom, a philanthropist living in New York City. Gerry continually finds new and interesting groups to support. Below, he shares how he finds out about and keeps up with so many organizations and why he sees investment in scientific work as being so important.

Among all of DonorsTrust’s donor-advised funds, your fund has  one of the more diverse and interesting lists of grantees. If you had to describe the type of philanthropist you are, how would you label it?

I guess one could call me an explorer. I engage in philanthropy in fair part to try to learn more about the world, and about myself as well, exploring such questions as: What is human well-being and what drives it? What are the respective roles of science, government, industry, private individuals, and philanthropy itself? What are the competing “answers” to such questions, and how does one discern “truth”? What are the foibles of human nature that can deter us from discovering truth?

Questions like that lead to engagement with various sectors and competing ideologies. When I started exploring the nonprofit world, it’s fair to say I threw a lot of spaghetti around to see what might stick. I’ve long believed that most good things in life come not through planned designed but through serendipity; and spaghetti-throwing engenders serendipity. I’m a bit more focused now but still throwing spaghetti simply because it’s fun and informative.

How do you go about discovering so many interesting groups to support?

I think that’s a natural consequence of the spaghetti-throwing, combined with an admitted lack of focus on my part. I also participate in many conferences and symposia across disciplines, and at these venues I meet a lot of creative people and nonprofits from diverse sectors.

How do you stay engaged with these groups beyond that first gift? How do you assess whether a gift to a new organization is worth continuing in future years?

Actually I’m not able to stay closely engaged with all the organizations I support, though I try to with most. Many are common members of a larger community, such as science or public policy, where there’s a fair amount of intersection among a family of nonprofits I support. Hence, engaging with one leads naturally to engagement with others in that family without undue additional effort. It’s kind of a marginal utility function.

Regarding assessment of merit, as my philanthropy is non-institutional I have the luxury of making idiosyncratic judgments. To be sure, if I conclude that a given organization is ineffective I’ll pull back, but generally if I embrace the mission and the leadership and I’m learning new things and meeting people of creative accomplishment I’m happy to maintain support almost regardless of outcome metrics.

Let’s explore the other side of discovery. You support a number of organizations focused on science exploration and discovery. What interests you in this area? Why do you think philanthropy is so important in the world of science?

Some years ago, for business reasons, I decided I needed to learn more about science and how nature works. So I began reading popular science and soon was consumed by it. Not merely the facts of science, which was my initial objective, but the process, history, and philosophy of science.

It was a revelation to discover that science derives its power only through its humility; that the discovery of truth lies in embracing ignorance and error; and, most wonderfully, that the interesting and important truths of nature are actually counterintuitive — which is exactly why we have this thing called The Scientific Method. Hence we must be ever wary of our favored pet assumptions. It brings to mind my third-favorite aphorism from Einstein: “Common sense is the sum of those biases achieved by age eighteen.”

Much later I was thrilled to discover that the same is true in economics and social policy: in these disciplines our intuitions fail us far more often than we realize. This is a big part of what cognitive science and evolutionary psychology are all about, and it lies at the root of the political divide. It informs us on the importance of critical thinking, a term who’s over-use is exceeded only by its under-appreciation.

This applies not only to effective social policy, but effective philanthropy as well. It goes back to the power of ignorance and error. Through science I came to realize how much more fun and meaningful it is to discover I’ve been wrong about something than to have been right. After all, being right is rather boring and you don’t learn anything. But when you discover you’ve been wrong about a long favored notion, suddenly you have countless more toys to play with you didn’t even know existed, and previously unknown vistas are now open to exploration.

As to philanthropy’s importance to science, while the for-profit sector is superb at generating beneficial innovation through applied research, it’s understandably cautious about investing resources in basic research where there’s no targeted outcome. That role is left largely to philanthropy and government, and studies indicate that philanthropy contributes close to half the funding for basic science research at universities and institutions. Further, philanthropy can engage where government won’t venture for political reasons, or demurs due to risk, or is simply ineffective due to bureaucracy.

What is one group you are particularly excited about now?

Two would be the Gruter Institute and the Santa Fe Institute. Both engage in basic research, both do so in an interdisciplinary fashion, and both exalt the counter-intuitive while seeking undefined, serendipitous outcomes. SFI was founded to study complex emergent phenomena and as a solution – or better, a complement – to reductionism and to the silos in academia which had come about as science necessarily became increasingly specialized. Through its interdisciplinary approach – for example applying known tenets and paradigms from natural science to social science – SFI helps break down those silos leading to novel discoveries. And Gruter convenes workshops and symposia across disciplines from the natural and social sciences – evolutionary science, cognitive science, law, economics, and more – also engendering the serendipity that springs from such cross-fertilization.

How does DonorsTrust help you in your charitable giving?

In a number of ways. It brings administrative ease to my grant-making: donating to DonorsTrust and then working with them over time to re-grant those funds is a lot simpler than scribbling myriad checks and envelopes myself. Also, on several occasions DonorsTrust’s due diligence on my proposals has been critically helpful and enlightening, and its expertise in fiduciary compliance as well. Finally, being part of the DonorsTrust community is simply fun and, well, serendipitous. More than a few organizations I support, and countless new friendships, came at their introduction. 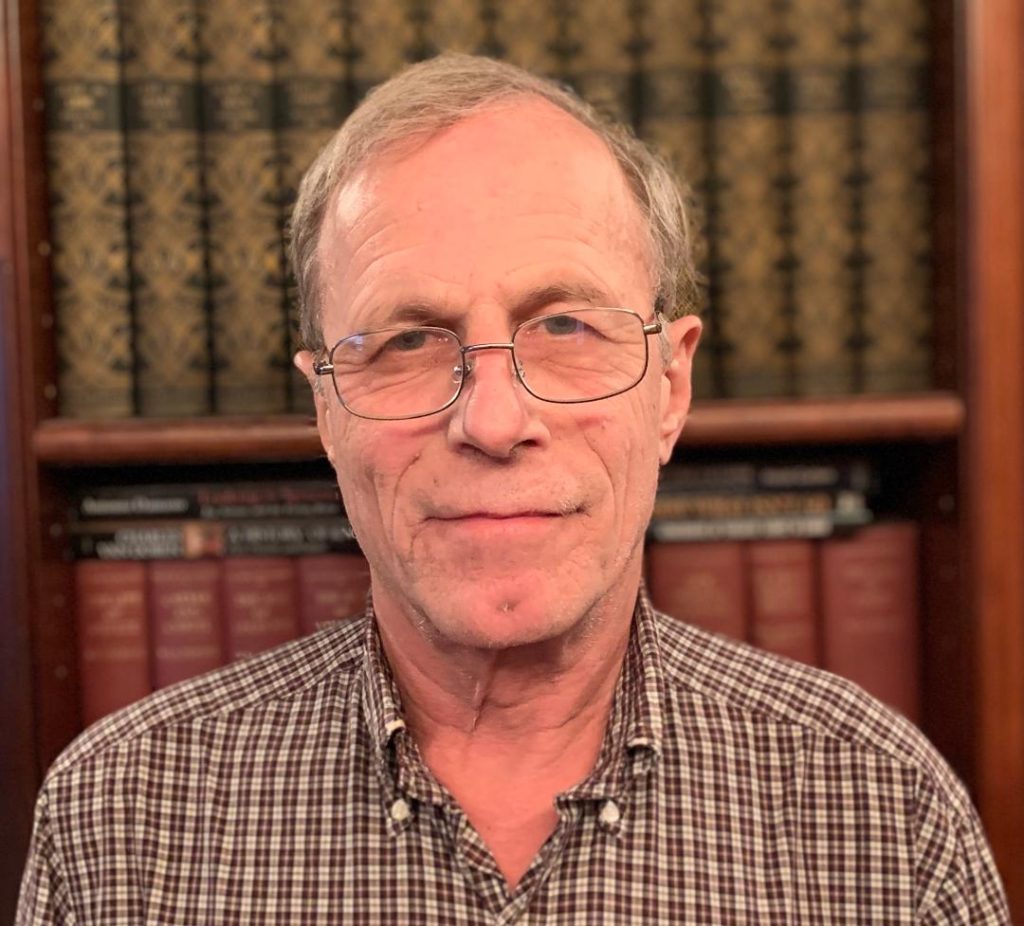 Gerry Ohrstrom is an investor and philanthropist. He lives in New York City.