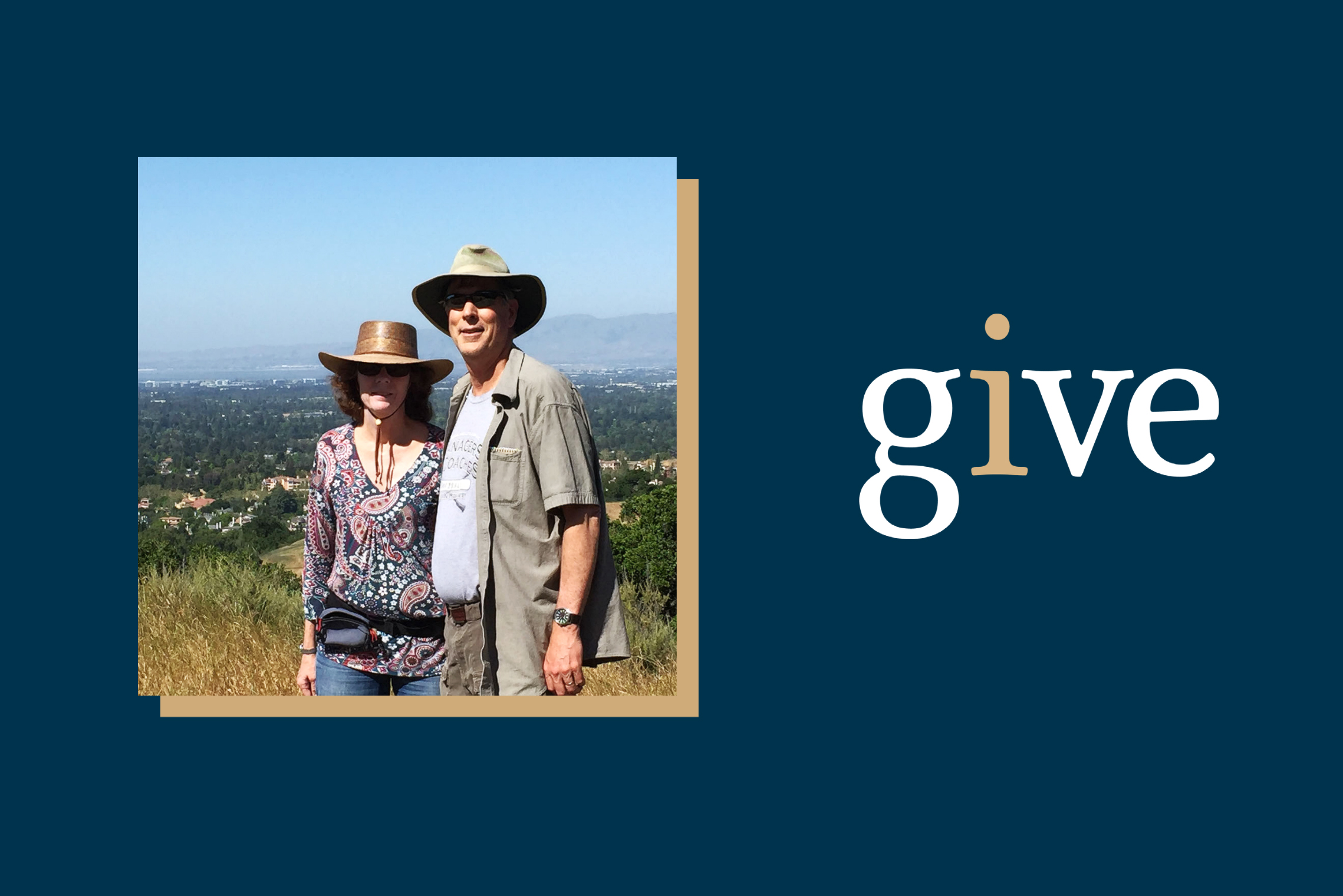 The DonorsTrust Client Stories blog series continues with this latest instalment from Patrick and Mary Peterson who share how a shift in timing helped their giving and took away some of the year-end pressure. The previous segment by Grant Starrett can be found here.

Patrick and Mary Peterson joined DonorsTrust several years ago. Initially motivated by the tax benefits – and the shared passion for advancing liberty – Pat has come to discover some of the other benefits of a donor-advised fund, such as being able to avoid the year-end scramble of getting donations done. In this interview, Pat tells of his lifetime of engagement with the ideas of freedom and offers excellent perspective on how to analyze the organization we each support.

You have a unique history in that you were in the career working in the think tank world. What was that like?

It goes back to college where I found out about free-market economics and individual freedom. I really got into Mises and Hayek and other classical liberals, via one friend and another friend clued me into Ayn Rand. NO professors really helped on this score.

By the time I graduated, I really wanted to get into the freedom movement professionally. This was in 1977. I called Leonard Read, and he wasn’t hiring. I called Frederick Nymeyer. He started Libertarian Press in South Holland, IL. I grew up in the western suburbs of Chicago, so I gave him a call. He didn’t have a job, so that’s two down. I had signed up for a big conference put on by a guy named Chuck Heatherly, education director at NFIB [National Federation of Independent Businesses]. It was kind of like a FreedomFest put on by NFIB and NAM [National Association of Manufacturers]. I met one of the salespeople for NFIB who told me they always have openings for sales jobs. He introduced me to his boss. The boss called me a week or two later for a time to meet. We met and talked about business, politics, etc. He asked if I could meet again in a week or two. I said yes. We met again and he handed me some papers to read and sign, some health insurance and other forms. I surmised that that meant I got hired – never even created a resume. I learned how to sell, knocking on 100 doors a day, and I would typically get one to four new memberships a day – sometimes zero! Pretty lonely work though, aside from some good and some wacky conversations with members or potential members. I was selling on my own 95% of the time. Talked to the boss every Friday evening for a little bit.

A friend was working on me though. He worked for my father’s construction company. He hired me and trained me in that business. It turned out to be quite emotionally and intellectually, besides basic pay, rewarding, . There are a lot of psychic profits to working in the freedom business, but the monetary profits are really hard unless you’re really good at specific things, so the time in construction was good for me. But my heart was really in the freedom movement, so when the Heartland Institute got going and I knew most everyone involved. I put a proposal in to Heartland and started doing the development work for it on a commission basis, just like I’d done for NFIB. I didn’t cost them a penny and brought in money! It worked pretty well and I did that for seven or eight years.

As you look back, how did that experience working in the nonprofit world guide your thinking about philanthropy?

It helped me be pretty careful about which groups we give to, how much we give, and looking out for red flags of management and finances. You can’t just give and expect groups to do great things. You have to really watch them and make sure their values are aligned with yours. Also their management skills and their follow through, to make sure it’s really well done. You can’t just hope and pray. For some that is all you have in the beginning, but it is better to go on personal relationships where you know the people actually perform.

And then watch them carefully – not only the annual reports but the events, publications – read them and go to them. Realize there is a mix of people actually working for these groups. Some are really in it for the goal and others are in it for the money, and there is a mix of those two extremes. Realize they have to have enough money to make a living, and some of them are going to be more into the money. That is not necessarily bad as long as the individuals’ goals are aligned with the organization’s goals.

What are your charitable priorities these days?

They’re very similar to how I started off in the beginning: promoting short-term, medium-term, and long-term pro-freedom ideas, institutions, and individuals. My two leading lights are Mises and Rand and their students who have run with the ideas the best. Nobody is perfect, including Mises or Rand, but after reading and experiencing these ideas for 45 years, I don’t think anyone else comes close still. I think their ideas have stood the test of time and will continue. In particular, the appreciation of Mises’ ideas are growing still.  Harder to tell about Rand’s ideas, since there is even more scorn for them in mainstream & leftist publications and organizations.

How did you decide to work with DonorsTrust?

I’ve been watching the ads for 20 years. I saw the ads in Reason, FEE publications, and various places in the movement and thought, “Wow, this sounds like a good idea.” I met Kim Dennis [DonorsTrust’s chairman and co-founder] along the way and knew of her involvement with good groups. I’ve been a CEI donor for a very long time and found out about Lawson a little before he became president there.

When the tax law changed in 2017, we realized that in order to get tax benefits from charitable donations we needed to consolidate multiple years’ worth into one. We much prefer the money going to places we think will do some good as opposed to the government, which mostly does bad these days.

So overall, the tax advantages of donor advised funds were compelling, along with the focus of the organization on supporting the kinds of charities and donors like us that my wife and I are interested in. Fidelity, Schwab or other companies that offer DAFs do not have DonorsTrust’s focus on freedom.

You recently replied to an email we sent about end-of-year giving with a happy note about how glad you were to have done all your giving earlier in the year. How do you and your wife think about the timing of your gifts? How does the donor-advised fund help with that?

Until the last year or two, I used to scramble at the end of year, one of the very busiest and most pressure filled times, to put together my list of organizations that I thought we should donate to. My wife would review and edit as appropriate. I then wrote checks and mailed them or went on line to make the donations before the end of the year. We would have already donated earlier in the year to some of the good organizations we liked, or some new ones that popped up, but the bulk of our donations were done in that last yearly mad scramble.

Even though I wanted to move the process to earlier in the season, out of bad habit, it still took a year or so to do that after we made our initial donation to our DAF. But by 2019, I finally moved the process to the summer months, and gosh am I glad I did! It has taken so much pressure off the whole process, as well as made the holiday season more stress free. DonorsTrust staff have been very helpful and appreciative of our change of timing in making our charitable designations too. All around good move. No downsides that I have seen at all.

Anything else to add?

I’ve been working in and on the free-market movement for 45 years, and it’s really important to me. The whole idea is that freedom means something pretty discrete, is very different from what the statists want, and is the key to a better world for everyone. Because of that shared vision, it’s very neat to be part of the DonorsTrust family.