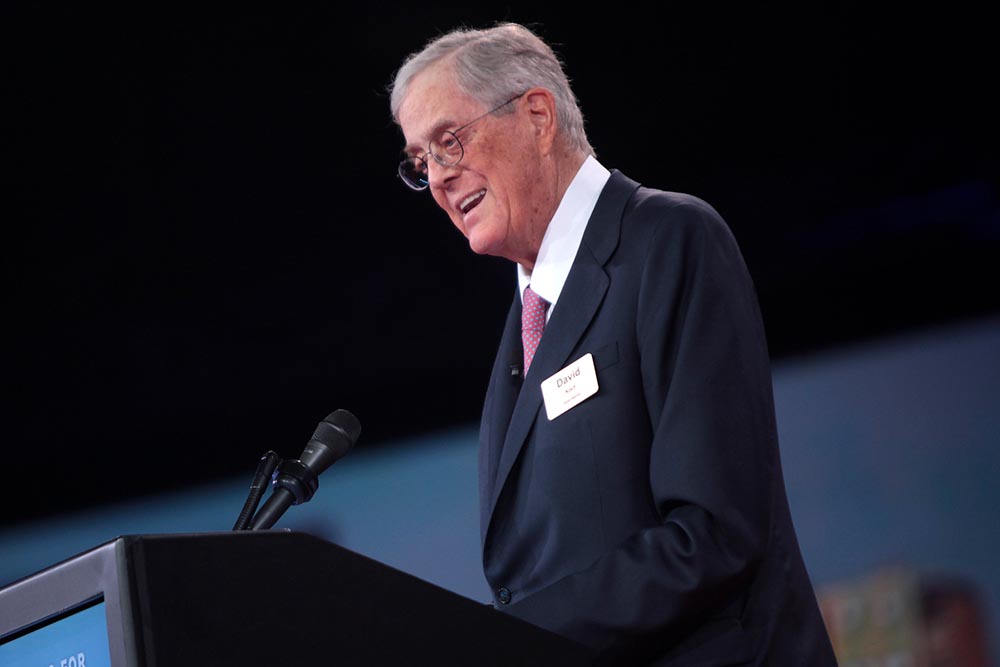 By Gordon CummingsSeptember 23, 2019No Comments

Tremendous amounts of ink have been spilled over the recent passing of David Koch.

Writers have expressed quite a range of emotion – he has been deified and vilified. But, love him or not, it is undeniable that he believed in the power of private philanthropy. He gave generously to libraries, the arts, public policy organizations, and hospitals. He started this trend quite early in his life, using his wealth to support what he truly cared about.

Isn’t that something we all should emulate?

David Koch’s passing reminds us of a larger problem the nonprofit world need address. Our major donors are aging. They won’t be around forever. It is critical we look beyond this older generation and to identify how to engage young people in philanthropy.

Now, I don’t want to imply that no organizations are exploring ways to bring younger donors on board. Those that have taken this challenge to heart are benefiting. However, by and large, when I ask gift officers what programs are in place to cultivate their younger donors, they look at me as if I started speaking gibberish.

The average donor is between the mid-60s and 70s. I should know, as I’ve worked in fundraising for the last 20 years. In that time, I’ve heard countless excuses for why an organization isn’t reaching out to the younger possible donors.

My favorite is that a single major donor is worth twenty young people. If that’s what you think, you may be passing up great potential. After all, in fundraising one of the best measures we have is a donor’s lifetime value. This means we cannot simply look at what a donor can give this year or the next. Instead, we peer ten, twenty, thirty years down the road (any organization that is not doing this is setting itself up for trouble).

Of course, we can, and should, continue courting the more seasoned donors, but let’s not ignore the younger generation because they can’t yet write a $10,000 check. Their yet may come sooner than we think.

A Desire to Give

We know that the younger generation is charitable. After all, they give to Kickstarter projects and GoFundMe efforts, they support churches, and fund a wide array of nonprofits from civic issues to policy and education. While they might not be able to give as much as we, and they would like right now, know that this under-served market has a heart to give. The time to build a lasting connection with these folks is now.

There are organizations that are doing a good job cultivating younger donors. The Manhattan Institute, Washington Policy Center, The Cato Institute, The Heritage Foundation, America’s Future Foundation, and Students for Liberty (to name but a few) have programs designed to get younger people involved. While I commend them on their forward thinking, that is not the only way we should be engaging with them.

Much like David Koch did over the course of his life, I’m talking about getting younger people to build those “philanthropic muscles.” We want to instill principles and habits that will last a lifetime and grow the organizations that share our values and are having an impact locally, nationally, and globally.

A New Generation of Philanthropy

DonorsTrust saw the writing on the wall three years ago and initiated the Novus Society to accomplish just what I’ve been discussing.

This effort was about more than getting the younger generation to give more to charity. We envisioned getting these younger donors to develop the mindset of a philanthropist, a mindset like that of David Koch. The goal is to develop skills and habits that can serve them for the rest of their lives in their charitable efforts and to build for them a community of like-minded, charitable peers. While we have been able to establish such a program, there is still much work to be done.

If you are interested in starting a program to engage younger donors, and will attend this year’s State Policy Network Annual Meeting, we have something to offer. On Wednesday at 9:30am, my colleague, Peter Lipsett, will lead a discussion filled with practical advice on how your organization can get such a program off the ground. (You can read the full description here).

In the meantime, reach out to ten of your donors under 40 and begin the process. Invite them to a policy talk, a dinner, or to grab coffee. Invest some time getting to know them. Find out what brought them to your organization, what they are interested in, and what they hope to accomplish.

Starting the process now will keep you from having to play catch up down the road.

Gordon Cummings joined DonorsTrust in January 2018. His focus at DonorsTrust is to help increase our impact by helping develop and implement new ways to engage with both our clients and grantees. Prior to joining DonorsTrust Gordon spent 19 years in various fundraising positions throughout the liberty movement. He was the Director of External Affairs at National Taxpayers Union and the Competitive Enterprise Institute, the Director of Development at Capital Research Center and held various development positions at the Cato Institute. He also served on the Europe/Eurasia Advanced Area Studies team at the U.S. Department of State’s Foreign Service Institute. In addition Gordon ran a successful fundraising consultancy for several years. Cummings received a Bachelor’s of Arts in English from the University of Virginia. Gordon lives in the DC area and is an avid Caps fan.