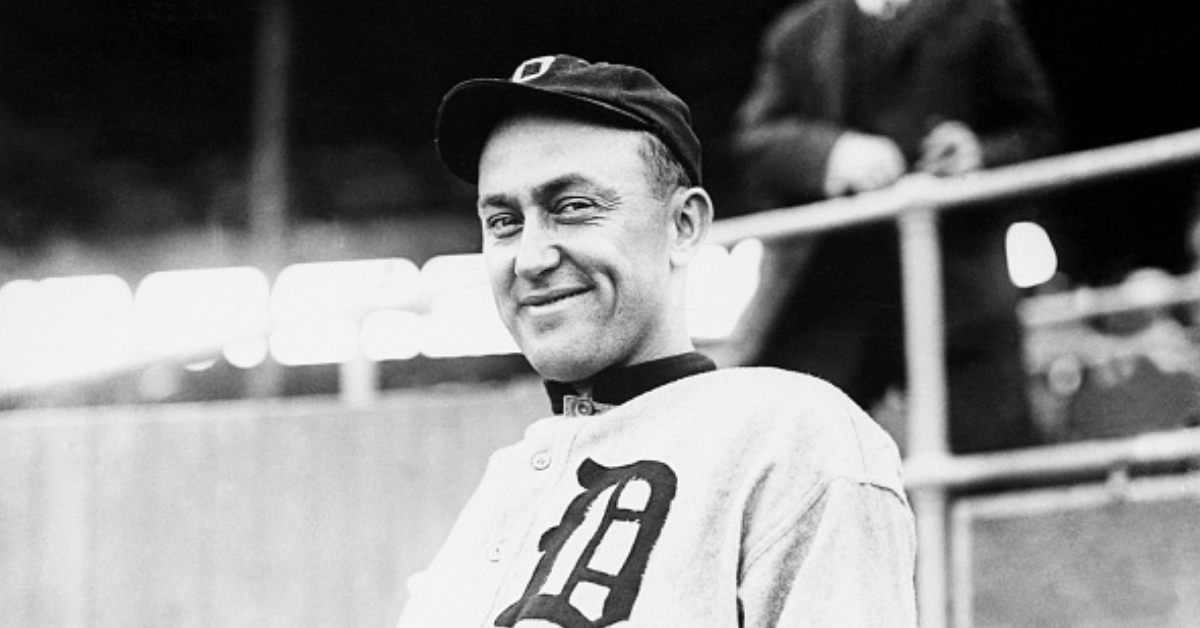 Losing baseball was among the biggest blows for the pandemic. For me, nothing beats an evening sipping a drink on the porch listening to my Atlanta Braves play. My kids can sing the jingles to the radio ads they hear between innings.

COVID pushed baseball back for months, and I couldn’t be happier that the sport has returned. I’m a firm advocate that baseball has any number of lessons for life. It’s why I liked this article from Wealth Management called “Ty Cobb: An Unlikely Philanthropist.” It’s not every day I stumble on an article that combines my passions for baseball, philanthropy, and my home state of Georgia.

I had no idea Ty Cobb, the Royston, Georgia, native known for being a hard-charging ballplayer (and person in general), had such a soft spot for philanthropy later in life. How he went about his giving offers some valuable suggestions for today’s donors.

In baseball, players generally specialize in a single position on the field. For Ty Cobb, he was a specialist in the outfield. Philanthropically, he set his foundation to specialize in education. Specifically, he sought to help hard-working Georgia students with financial need pay for college. As the article notes, “As someone who never attended college, he valued education. His father was a high school principal who wanted Cobb to attend college.”

More than just helping kids get through college, however, he wanted to support hard-chargers like himself. His foundation requires a 3.0 grade point average and 30 semester hours in order to qualify. That means applicants must have proven themselves by finishing a full year of college already and having worked hard. And no filling your course load with what might be perceived as easy “A”s – the guidelines exclude “credits in P.E., ROTC, Band, Chorus and Others of an activity or related area.”

It’s vogue among philanthropic efforts today to tell donors how they ought and ought not be targeting their donations. Givers have their own goals and their own areas of expertise. Why shouldn’t they be able to play their role?

The restrictions on the Cobb foundation grants probably narrowed down the pool of applicants quite a lot, and that was probably the point. Cobb created the program that matched his vision. Other philanthropists are free to set up their programs as they see fit.

Once Cobb turned to philanthropy later in life, he did so methodically. Before establishing his educational foundation, he gave $100,000 to a hospital in his hometown that would honor his parents, spending two years visiting other hospitals to determine the best way to make the gift.

Having tested his methods in that one gift, he went about establishing something more permanent. In setting up his foundation, author Mary Moran explained he again took steps to create a clear plan for the foundation that would also allow it to be true to its purpose into the future:

“For some time, he consulted with Dr. Daniel Elkins, professor of medicine and head of the Department of Surgery at Emory University School of Medicine in Atlanta. He recruited several other preeminent individuals, such as the Chancellor of the University System of Georgia, to be trustees of his PF. To this day, a majority of the trustees are prominent educators.”

As mentioned above, the foundation has strict guidelines overseen by trusted experts and a very clear donor-defined mission. These are hallmarks of a well-established donor intent game plan.

Rely on Your Teammates

Just as Cobb leaned on education experts to start and then to steer his foundation, you have experts around that can assist you in your journey to define your charitable legacy.

This particular article, written with an audience of financial planners in mind, notes “the importance of having values-based philanthropic conversations” between planners and their clients. Your financial planner or trust and estate attorney can be helpful in navigating the waters of determining the charitable vehicles, amounts, and timing options available to achieve your goals.

Likewise, charitable organizations to which you already donate can help you develop ideas of how to effectively leave a legacy. DonorsTrust’s Novus Society was built to allow younger donors the tools and experts needed to build their own charitable giving patterns.

Baseball historians may scoff at the idea of Ty Cobb relying on teammates if only because Cobb was notoriously difficult to get along with and was generally disliked by many of his teammates. He played hard and, despite a Hall of Fame career, did not make many friends along the way.

However, I’m reminded of a piece from Karl Zinsmeister’ Almanac of American Philanthropy, where he notes that, “here’s the fascinating secret of philanthropy…you don’t need to be an angel to participate.”

We can debate whether Cobb was a saint or something else, but it is clear he was strategic in leaving behind his charitable legacy. All donors can take a lesson from this and apply a similar methodical approach to defining their vision and protecting their charitable intent.

This article originally appeared on the blog of America’s Future, a nonprofit that helps young people build freer communities.