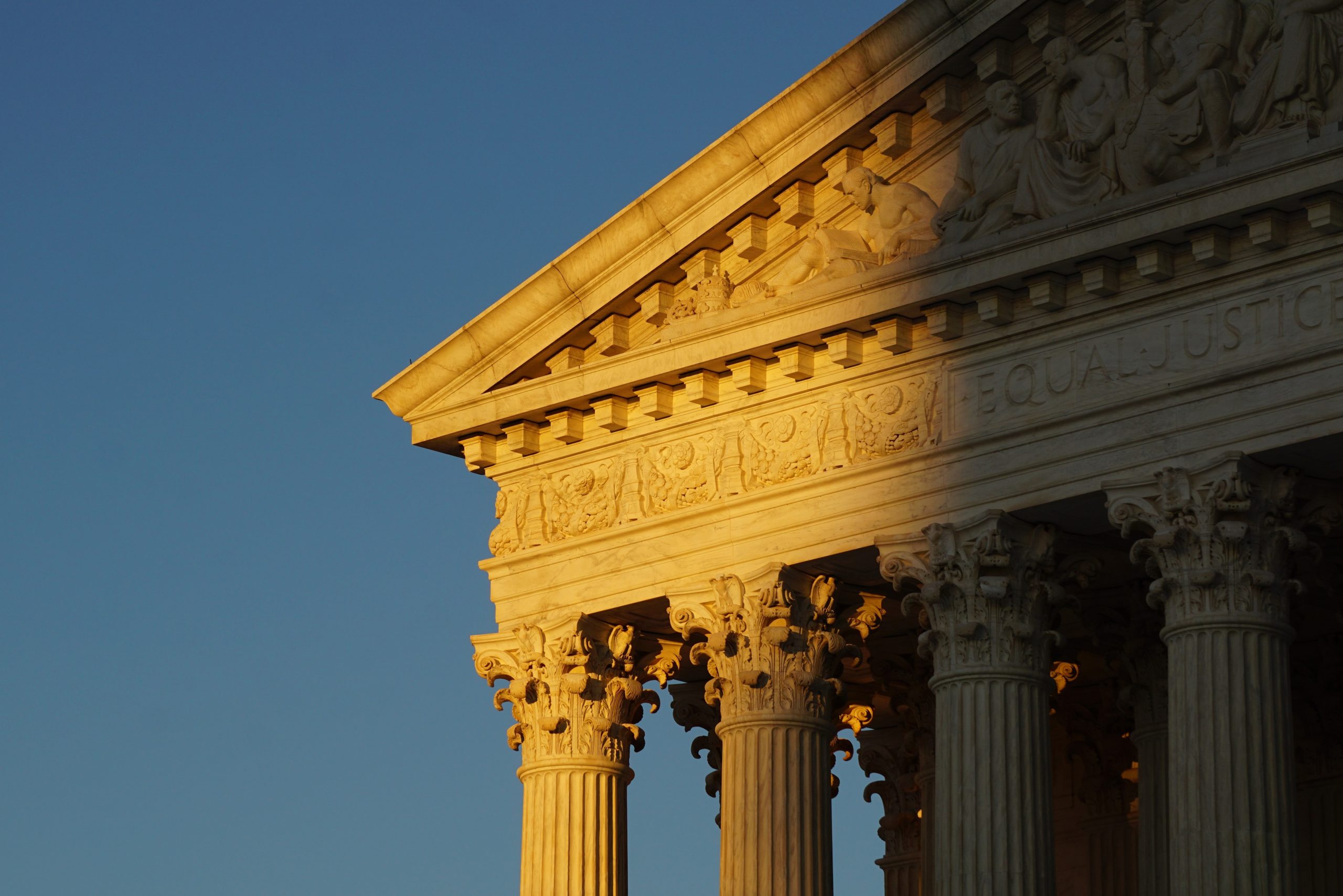 The Supreme Court recently heard oral arguments for a case we at DonorsTrust and in the broader philanthropic community have been following for years: Americans for Prosperity Foundation vs. Bonta (formerly AFPF vs. Becerra, with the defendant changing to correspond with the California attorney general changes; the original defendant was now-Vice President Kamala Harris).

The AFP Foundation v. Bonta case, consolidated with similar a case brought by the Thomas More Law Center, challenges the California attorney general’s ability to require non-profits operating in the Golden State to submit to California the non-public Schedule B filing. Typically, organizations are only required to give this form to the IRS.

More than a mundane tax report, the Schedule B lists donors whose contributions comprise more than 2 percent of an organization’s annual revenue. Unlike the rest of the Form 990 tax filing that all nonprofits submit, the Schedule B form is not posted on public sites such as Guidestar. If a group voluntarily shares its Schedule B form, it’s permitted to redact the names and addresses of its donors, leaving only the dollar amounts visible.

However, the California attorney general’s office is demanding donor information remain unredacted in what is submitted to the state. AFP Foundation and Thomas More—along with dozens of other organizations via amicus briefs—make the case that putting this information in the hands of the attorney general’s office kicks open the door to accidental or even purposeful disclosure that could lead to intimidation of donors.

Howard Husock of the Philanthropy Roundtable framed it up this way in an article in National Review:

Although this reporting might sound like a simple matter, it has serious consequences, especially considering that in the past, the California AG’s office has had an unfortunate habit of failing to protect the information it has demanded. The court case — an appeal from the Ninth Circuit which upheld California’s statute — will also likely have First Amendment implications. In the Philanthropy Roundtable’s amicus brief filed in support of Americans for Prosperity Foundation, we urge the Court to protect these rights of Americans, “who wish to keep their donations confidential for a variety of good and valid reasons, including religious conviction, fear of retaliation, privacy concerns, and avoiding unwanted solicitations.”

The mere possibility that private donor information might become public could have a chilling effect on charitable giving and is a cause for concern for numerous donors and charities across the country. This is notably true in today’s era of cancel culture, but it also dates back to a key Court precedent set more than 60 years ago. In the 1958 NAACP v. Alabama case, the civil-rights organization feared that giving in to Alabama’s demand to make public the names of its members would put them at risk. In an era of lynching, this was no small matter.

As framed up in the SCOTUS Blog’s coverage of the case, Thomas More Law Center further makes the case that not only is the requirement dangerous, it’s simply unnecessary:

In this case, Thomas More contended, there is no good reason for the California attorney general to seek the information in the Schedule B forms: The attorney general’s office rarely uses it for anything at all, much less to initiate fraud investigations, and it could obtain the information in less intrusive ways if it did need it. “Indeed,” Thomas More pointed out, “47 states regulate charities without a blanket-disclosure scheme.” Although California officials testified at trial that it was more efficient or convenient to require disclosures, Thomas More wrote, that’s not “the prime objective of the First Amendment.” And the disclosure requirement doesn’t actually do anything to prevent fraud, Thomas More suggested, because the section of the attorney general’s office responsible for investigating charities uses the information on the Schedule B forms only after a complaint is filed.

A ruling on the AFP Foundation v. Bonta case will come later in the year, perhaps in June. As the New York Times reported, however, the AG’s case appears in doubt:

The Supreme Court on Monday seemed skeptical of California’s demand that charities soliciting contributions in the state report the identities of their major donors.

A majority of the justices appeared to agree that at least the two groups challenging the requirement — Americans for Prosperity, a foundation affiliated with the Koch family, and the Thomas More Law Center, a conservative Christian public-interest law firm — should prevail in the case.

It was less clear whether the court would strike down the requirement entirely for all charities as a violation of the First Amendment’s protection of the freedom of association. And the justices gave few hints about whether their ruling, expected by June, would alter the constitutional calculus in the related area of disclosure requirements for campaign spending.

That reading of the justices is good news for nonprofits operating in California and for the First Amendment more broadly. The justices could issue a narrow ruling that would apply only to the organizations bringing suit or the court could take a much broader stance that would better secure free speech.