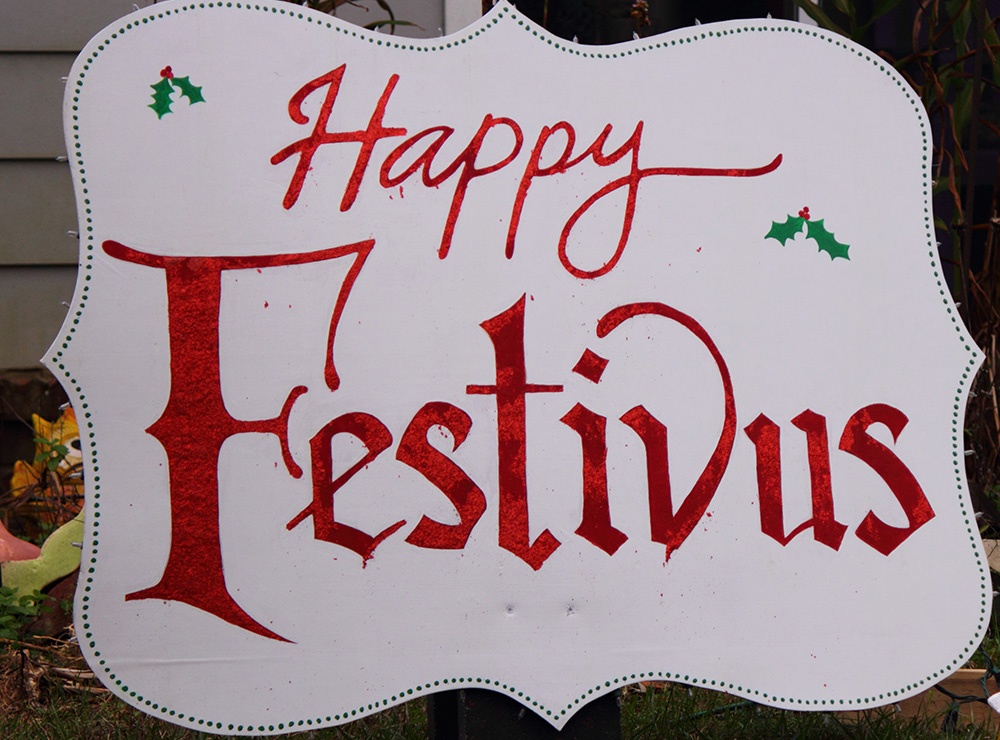 By Peter LipsettNovember 29, 2018No Comments

“I got a lot of problems with you people! And now, you’re gonna hear about ‘em.”

And thus begins the traditional Airing of Grievances at the Festivus celebration, a made-up holiday featured in that great sitcom, Seinfeld.

(If you’re already lost or just want a laugh, check out this one-minute video to appreciate the essence of Festivus and the Airing of Grievances. Go on, we’ll wait.)

You know who else has grievances to air? Non-profits, particularly about their foundation counterparts. Of course the opposite is also true – foundations got a lot of problems with the non-profits they support (and particularly the ones they don’t).

In a perfect world, there should be nothing but smooth sailing between foundations and non-profits. After all, both sides are in theory working toward the same end – creating positive change in society. What can go wrong when mutual goals and strategies align.

Yet reality isn’t that simple. There are egos. There are power dynamics. We have trust issues. And there is the big green elephant in the room – money.

During a session at last month’s annual  Philanthropy Roundtable Meeting in Florida, we explored the conflict between non-profits and foundations. While we began with an Airing of Grievances, we flipped the Feats of Strength on its head, deciding the biggest test of strength was to develop strategies for how we resolve the tension.

Our non-profit friends on the panel came out swinging. With an original poem patterned after How the Grinch Stole Christmas, Ann Fitzgerald, who consults with many liberty-minded non-profits, poked lighthearted fun at the constantly changing whims of foundations, the sense of asking for measurement for measurement’s sake, and a disrespect for the time and talents of non-profit staff. She threw it back at the foundations:

Submit a proposal online? Well isn’t that great!
[Nonprofits] don’t mind process, but it’s the format they hate.
I ask you if you could accomplish this feat:
Write your whole strategic plan in less than one tweet!

(Ann was kind enough to let us republish her full piece, which you can find below).

Melissa Mann of Atlas Network acknowledged that sometimes it seems non-profits are forced into making things up simply to please foundations, bending toward projects they otherwise wouldn’t do. She challenged foundations to “dig a little deeper” to understand more than surface-level metrics, and noted that “change takes time.” The ROI for changing society and lives involves a long time horizon.

Foundations have their beef too, and rightly so. Peter Bird, CEO of the Frist Foundation in Tennessee, rolled out three key grievances he and his staff feel:

Linda Childers, president of the Daniels Fund in Denver, echoed this points, and chided non-profits to answer the questions that are asked, not the ones they want to answer, and to generally be more open. The foundation that made a bet on you wants it to work out, so why wouldn’t you tell them about a problem that they may be able to help you fix? Above all, she noted, non-profits shouldn’t put on a dog-and-pony show for them during site visits and the like. Be real.

At this point, you are likely thinking through your own list of gripes not mentioned above. Before you get too deep down that well, let’s shift to the bigger question – how do we overcome all this?

This conflict, if that isn’t too strong a word, between non-profits and foundations, is having a bit of a moment. A recent book, Unicorns Unite: How Nonprofits and Foundations Can Build Epic Partnerships, takes a colorful, humorous, and perceptive look into the mental models each side holds, and offers a road-map for going forward.

In their model, the authors outline four requirements to easing the tension, which they call the Epic Partnership Framework:

Another resource exploring this same issue came from Exponent Philanthropy. The Great Funder-Nonprofit Relationships toolkit hones in on the areas that need improvement. The piece, which you can download for free, lists five “hallmarks of strong relationships”:

As you can see, there is a fair bit of overlap between the two lists. Our panelists had no major complaints about any of these.

That doesn’t mean change is easy. As Peter Bird noted, you can’t avoid the fact that there is a supplicant relationship here – one side has the money that the other wants.

While there are inherent features of the relationship, all the panelists emphasized that the goal is partnership. As we’ve discussed on this blog before, non-profits extend the reach of the donor, enabling the donor to do far more than they could on their own.

As we concluded, the major take-aways were to remember the big-picture goal of acting in partnership toward big change.

Foundations need to practice humility in all that they do, particularly those staff who are entrusted with spending other people’s money.

For their part, non-profits should be candid, open, and honest, asking for candid feedback and sharing information in the spirit of being partners, not adversaries.

And above all, as Melissa Mann so eloquently put it, both sides should act from grace. If we assume positive intentions and act accordingly, there is no telling how much further we can advance the important missions we strive to achieve.

An Ode to Festivus

Twas the night before Festivus…

Oh that won’t do,

This is more like the Grinch and the village of Who.

They’re bitter when foundations won’t give them an inch.

They try to get to know you, but often despair.

No one ever responds; are you even out there?

Nonprofits call for meetings, they call for a call

But every single time they hit a brick wall.

That’s the number one reason, I often hear

Of the grievances held by my nonprofit peers.

What else, you say, in this Festivus fashion

Is the measurements you require to evaluate.

Nonprofits must show the progress they make

But are you measuring just for measuring’s sake?

They don’t mind process, but it’s the format they hate.

I ask you if you could accomplish this feat:

Write your whole strategic plan in less than one tweet!

If you lost count, that was grievance number three

But I have no lack of complaints, as you shall see.

Number four is what many nonprofits fear

A new deadline? A new process? Or a new grant amount?

Tell us! Tell us! They want to shout.

We want to know; we’re on the same side.

Number five is a lack of a long-term view

Have we forgotten what John Olin knew to be true?

Project money is great but that can often mislead;

General support is what nonprofits need.

I’m nearly at the end of my Festivus feast,

But my last point is as yummy as the Who roast beast.

Don’t assume all is good when they don’t complain

Nonprofits are scared of being a pain.

They will smile and say everything is just sunny;

Anything at all not to lose the grant money.

Do a survey or interview, it’s really your choice.

If you want good results, give nonprofits a voice.

In the end of the story, the Grinch grew a heart

So let’s all come together then and do our part

But if you aren’t moved by my comments so humble