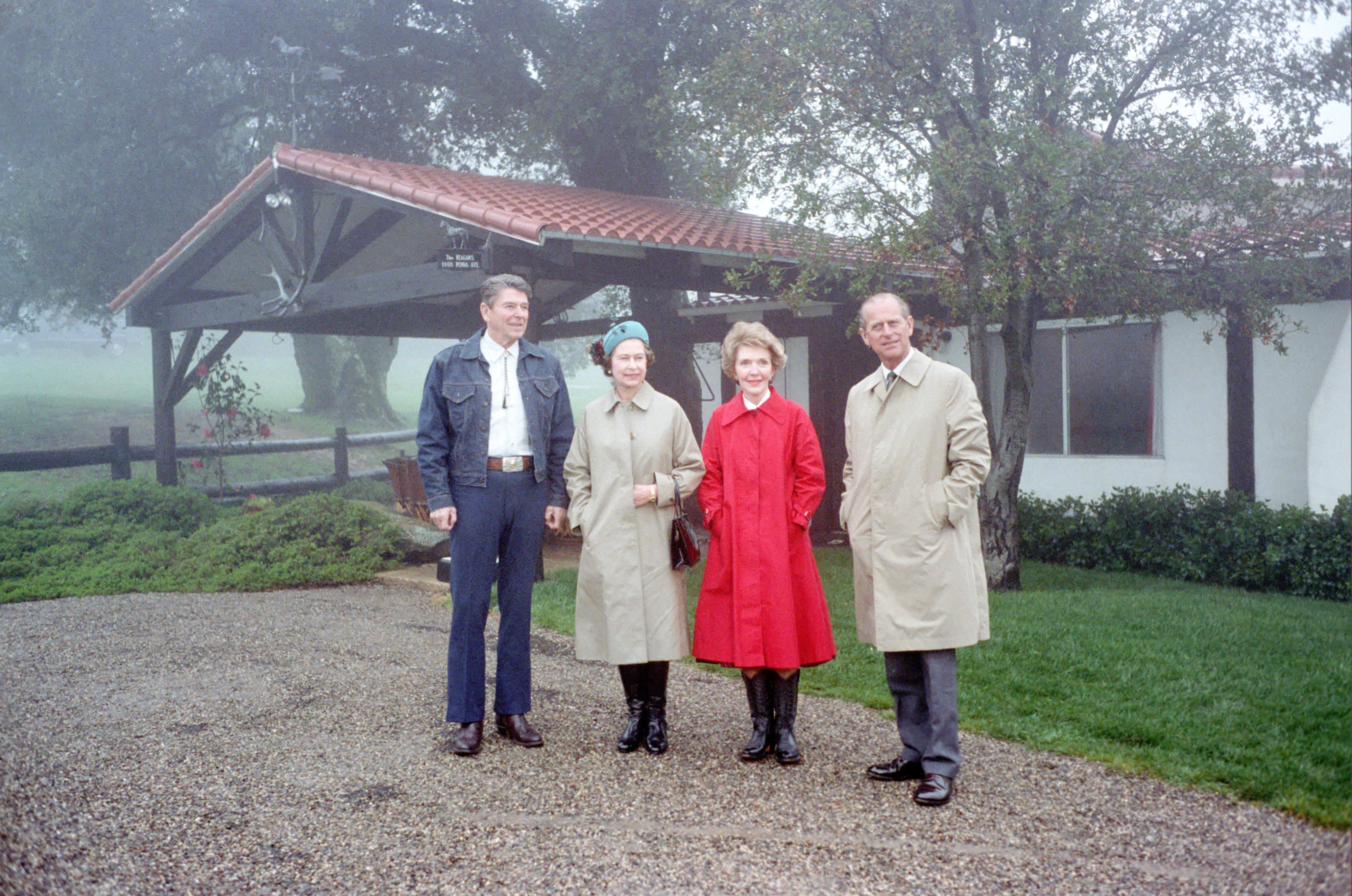 She adored her Corgis; the occasional retreat to Balmoral Castle in Scotland, where she spent her final days; the recoil of Winston Churchill’s Tommy gun; a glass of gin and Dubonnet in the morning; and a long and loving marriage to the late Prince Philip, to save the best for last.

What’s more, she was a philanthropist for the ages, giving time and resources to more than 600 charities during the course of her 70-year reign, according to the Independent. Perhaps her greatest legacy, however, was her steadfast leadership during times of peace and tumult alike.

Though President Ronald Reagan—following the queen’s 1983 visit to the Gipper’s California ranch—said the monarch was “delightful” and “gracious,” people predominantly use other words when characterizing Britain’s longest-reigning royal.

As Nicholas Witchell, a royal correspondent for the BBC, writes, “Steadfast. Constant. Dutiful. These are the words that are used most frequently to describe Queen Elizabeth II, monarch and head of the United Kingdom and of her ‘other realms and territories.’”

True to her reputation as constant and dutiful, Queen Elizabeth was still performing royal duties days before her death. On September 6, she welcomed Liz Truss to Balmoral and, in the wake of Boris Johnson’s resignation and Truss’ victory, officially appointed Truss prime minister.

Even Queen Elizabeth’s decision to break a 600-year-old royal protocol jibes with her reputation as “steadfast” and “constant.” The day after 9/11, for example, she asked the royal orchestra to play “The Star Spangled Banner” during the changing of the guard at Buckingham Palace.

Queen Elizabeth led by example. She showed there is power in seemingly small gestures—in gestures like simply showing up for people and keeping her commitments. Perhaps she learned this lesson most acutely in 1966 after visiting the bereaved Welsh mining community of Aberfan.

Criticized by some for delaying her trip to the site of a disaster that killed 116 children and 28 adults, Queen Elizabeth is said to have regretted waiting so long to visit the community, a decision made out of concern she would be a distraction to rescue workers trying to beat the clock.

Perhaps the tragedy in Aberfan and other world events inspired the queen’s patronage of charities like Cruse Bereavement Support, an organization that provides care and counseling for grief-stricken Britons, and whose helpline is open late for those mourning the queen.

Aside from all the charities she supported, however, the queen’s philanthropic footprint was much larger than dollars and cents. She was always forward-looking, concerned but hopeful for future generations and, even from an early age, she encouraged others toward a life of virtue.

As she said to those separated from family during World War II, “[I]n the end all will be well; for God will care for us and give us victory and peace. And when peace comes, remember it will be for us, the children of today, to make the world of tomorrow a better and happier place.”

She was only 14 years old when she gave that first radio address, and the speeches she gave from that day forward contained similar themes: hope, resilience in the face of adversity and encouragement to do your best even when that’s not an easy thing to do.

She held on to these values throughout her life. As she said during her Christmas message in 2019, “[A]s we all look forward to the start of a new decade, it’s worth remembering that it is often the small steps, not the giant leaps, that bring about the most lasting change.”

DonorsTrust Vice President Peter Lipsett once said something similar. “It doesn’t take much to leave an impression on those who are soldiering through difficult times,” he writes. “Small gestures go a long way to helping others and making the world a better place.”

This is Queen Elizabeth’s legacy and, while she remained a constant force for Great Britain and the world, she says she couldn’t have done it without her Christian faith and her family, as she drew strength and encouragement from both.

“[T]hrough the many changes I have seen over the years faith, family, and friendship have been not only a constant for me, but a source of personal comfort and reassurance,” Queen Elizabeth says in her 2018 Christmas message.

It’s my hope that, in the fullness of time, Queen Elizabeth is drawing on those those same comforts—surrounded by her corgis, reunited with Prince Philip, enjoying a gin and Dubonnet while shooting the breeze with Winston Churchill as her legacy lives on the world over.

Are you interested in cementing your legacy and signalling to the world the causes that matter to you? If so, consider opening a giving account with DonorsTrust. Click below to request an info packet and download our prospectus.