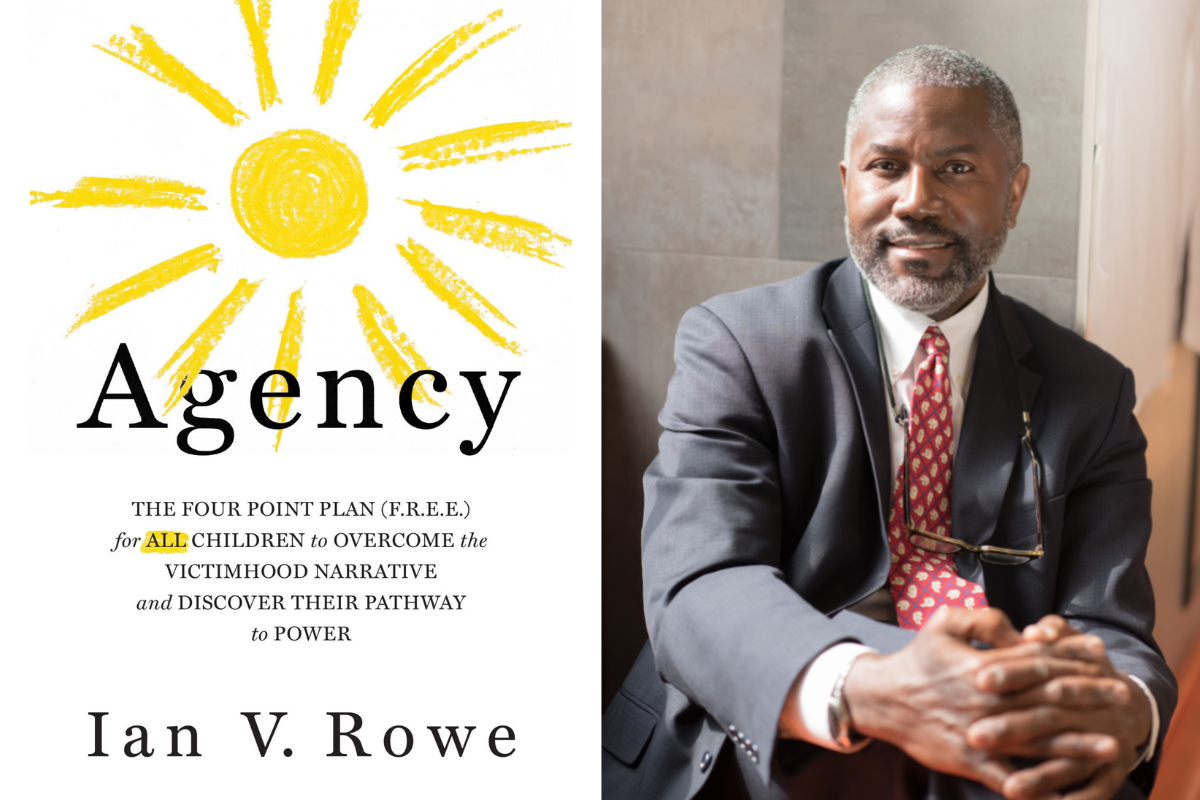 On this episode of the Giving Ventures podcast, Peter interviews Ian Rowe, author of the new book “Agency: The Four Point Plan (F.R.E.E.) for ALL Children to Overcome the Victimhood Narrative and Discover Their Pathway to Power,” senior fellow at American Enterprise Institute and co-founder of Vertex Partnership Academies, a world-class charter high school, the first campus of which opened its doors this year in the Bronx.

This wide-ranging conversation explores Ian’s experience as an education entrepreneur; what donors can learn from his time at the Bill and Melinda Gates Foundation; non-profits that are advancing the idea of agency, and so much more.

Breaking Through the “Can’t-Do Attitude”

Rowe says throughout his career—whether working at 1600 Pennsylvania Avenue, MTV, the Gates Foundation—he’s noticed a prevailing set of ideas among young people that inhibit their agency and their God-given ability to be a force for good in the world.

“I feel, especially in the last few years, there’s been this accelerated set of narratives that are really driving a ‘can’t-do’ attitude amongst young people and I want to break through that, and I define these two meta narratives as ‘Blame the system’ and ‘Blame the victim.’”

The “blame the system” narrative, he says, is one of personal hopelessness—that a person lacks the agency or ability to improve their life. On the other hand, the “blame the victim” narrative is the opposite extreme. Under this narrative, a person is wholly to blame for their lack of success.

Both these narratives fall short, says Rowe. America isn’t inherently oppressive and secondly, for those that do struggle to achieve success, the reasons why are complex and not simply attributable to one’s lack of grit. In short, the both narratives are too simplistic.

“Of course, [the “blame the victim” narrative] completely ignores the fact that, if you’re a young person born into potentially an unstable family without a strong faith commitment, without access to great schools, it’s really hard to just pull yourself up by your own bootstraps.”

“I define agency as ‘the force of your free will guided by moral discernment,” says Rowe. “So, the question is ‘Where does the ability for a young person to become morally discerning come from? That’s where my framework of family, religion, education and entrepreneurship—what I call “FREE”—is what I put in as the pillars around which I want young people to embrace.”

One of the unique things about the high-school charter campuses that fall under Vertex Partnership Academies is the holistic approach to education Rowe and his co-founders take in the classroom. Education, says Rowe, needs to be about more than reading and arithmetic.

What sparked this epiphany? Rowe says he was on a walking tour of the South Bronx and he spied a baby-blue Winnebago truck with the words “Who’s Your Daddy?” splashed over the side. It was a mobile DNA-testing site for those wondering about their family identity.

Come to find out, says Rowe, the non-marital birthrate in that part of the Bronx was 85 percent—a statistic closely correlated with poverty and poor educational outcomes. So, Rowe dug deeper and found similar trends in Chicago, Appalachia, Alabama, California and Texas.

“It became clear to me that just running schools was necessary but not sufficient. If we really want to create transformational opportunity for young people across race, then we also not only have to talk about math and reading and science but we also have to teach them about the big decisions that they’re going to make in their own lives, starting with family formation.”

Listen to the episode to discover how to instill agency in young adults, expand educational freedom for all students and where philanthropy fits into the broader effort to build a civil society in which all young adults embrace family, religion, education and entrepreneurship.