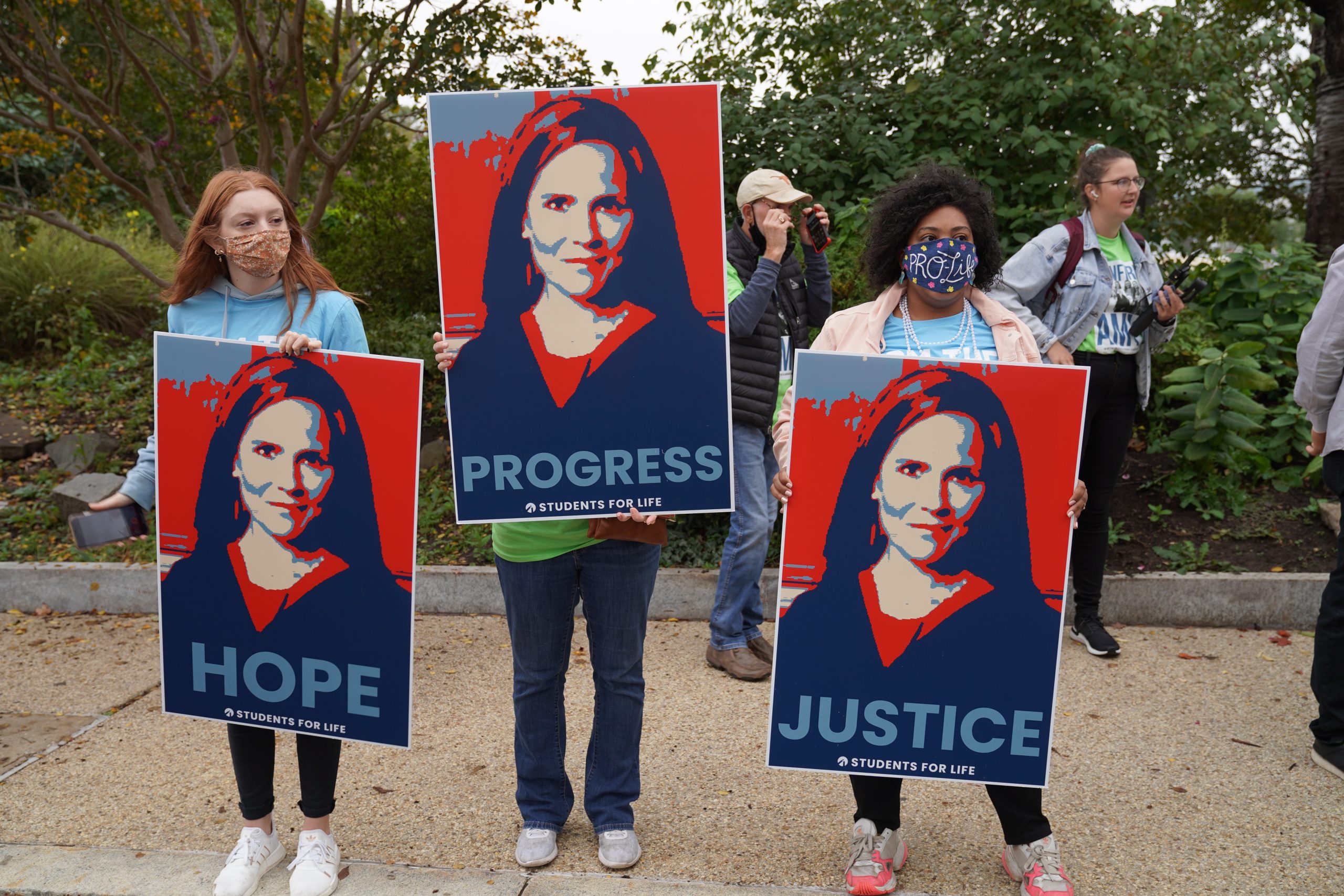 In the twelfth episode of Giving Ventures, titled “Engaging Conservative Women,” DonorsTrust Vice President Peter Lipsett talks with three leaders working on issues of particular interest to women. Those issues include parental leave and workplace flexibility, to name a couple.

His guests include Carrie Lukas, president of Independent Women’s Forum; Stacy Blakeley, executive director of The Policy Circle; and Karin Lips, president of the Network for Enlightened Women.

Founded in response to now-Justice Clarence Thomas’ Supreme Court confirmation hearings—and the displeasure many women felt over the way Justice Thomas was treated and maligned and by members of the media—IWF serves as a conservative foil to progressive talking points.

“There was a group of women who realized they were very uncomfortable with the tenor of what was happening there—they were frustrated with how Justice Thomas was being characterized,” says Lukas, adding IWF’s founders didn’t want the left to monopolize or co-opt women’s issues.

“They also felt as though the women who were being pointed to on the right didn’t really represent—they were more traditionally conservative—and they wanted to have a different brand of women and a more modern brand of women represented,” Lukas added.

Lukas says the general goal of the forum is create a broad coalition of women. For this reason, her nonprofit doesn’t weigh in on the abortion issue. “When abortion becomes—is a part of the mix—people tend to tune out. One way or the other, you’re not going to continue listening.”

A hot-button issue IWF and its spokespeople aren’t afraid to weigh in on, however, is the issue of whether biologically male students who identity as “transgender” should be allowed to compete in women’s sports.

Its members are so outspoken on issues pertaining to women that the team at IWF launched its own legal center and its staff members regularly file “friend of the court” briefs in cases like R.G. & G.R. Harris Funeral Homes Inc. v. the Equal Employment Opportunity Commission.

In addition to its legal center and advocacy, IWF is also creating a membership platform and chapters throughout the country and empowering women at the local level, encouraging them to push for change in their hometown communities.

“We need to win a lot of little battles if we’re ever going to kind of win the big battles and so we’re encouraging that. We’re trying to work with parent groups and get them involved,” say Lukas.

In addition to helping women and parents confront issues at the local level, Lukas says priorities for 2022 at the federal level include pushing back against paid leave and pushing back against activists that want to transform and even “erase” the legal definition of womanhood.

“We’ve been really active in fighting against the federal takeover of childcare, which was a big part of the Build Back Better plan and continues to be a priority on the left. We’ve been fighting paid leave—which is another—we worry about a federal paid-leave entitlement, which would destroy so much workplace flexibility but, actually, I think that if I had to name the one issue that is the biggest deal for 2022, it is this kind of concept of women as a legal definition.”

Stacy Blakeley, executive director of The Policy Circle, is likewise endeavoring to build a broad coalition of women talking about the policies that affect individuals and families on a daily basis, and in particular issues that affect women at the local level.

“We definitely attract women who understand the power of entrepreneurial values, not only historically to get our country to where it is today, but is the best means for us to move forward and provide more opportunities for people across the board.”

One of the ways Policy Circle is cultivating those conversations is through its Civic Leadership Engagement Roadmap, a three-months-long program launched last year in partnership with Hillsdale College and comprising about 30 women who participate virtually.

“The curriculum is really designed so that they start with the Constitution,” says Blakeley. “And then, versus a lot of passive sort of programs out there, these women have to go into their community, develop townhall relationships, meet with elected officials.”

Not unlike IWF, the Network of Enlightened Women was created to also serve as a mouthpiece for women who don’t tow the progressive line on policy issues. The difference is that NEW caters to women on campus facing pressure to self-censor and conform to a liberal agenda.

“We want to engage women on serious ideas—want to train them to be able to talk about them and engage on those ideas on campus. We’re organized as women’s leadership organizations on more than 50 college campuses around the country.”

The organization originally started as a book club and blossomed into a full-blown networking and programming organization geared toward supporting college-age women in need of more conservative resources and regular fellowship with like-minded peers even after graduation.

Post-graduation, NEW even provides scholarships for promising female leaders to attend conferences like the Conservative Political Action Conference. Its staff members even run a media-fellows program to sharpen participants’ writing and speaking skills.

“So, in addition to the role of just training these women to be leaders, I think we’re playing an important role in being an early pipeline to feed these women into other organizations as well,” says Lips, adding its programming is identifying policy ideas not always on people’s radar.