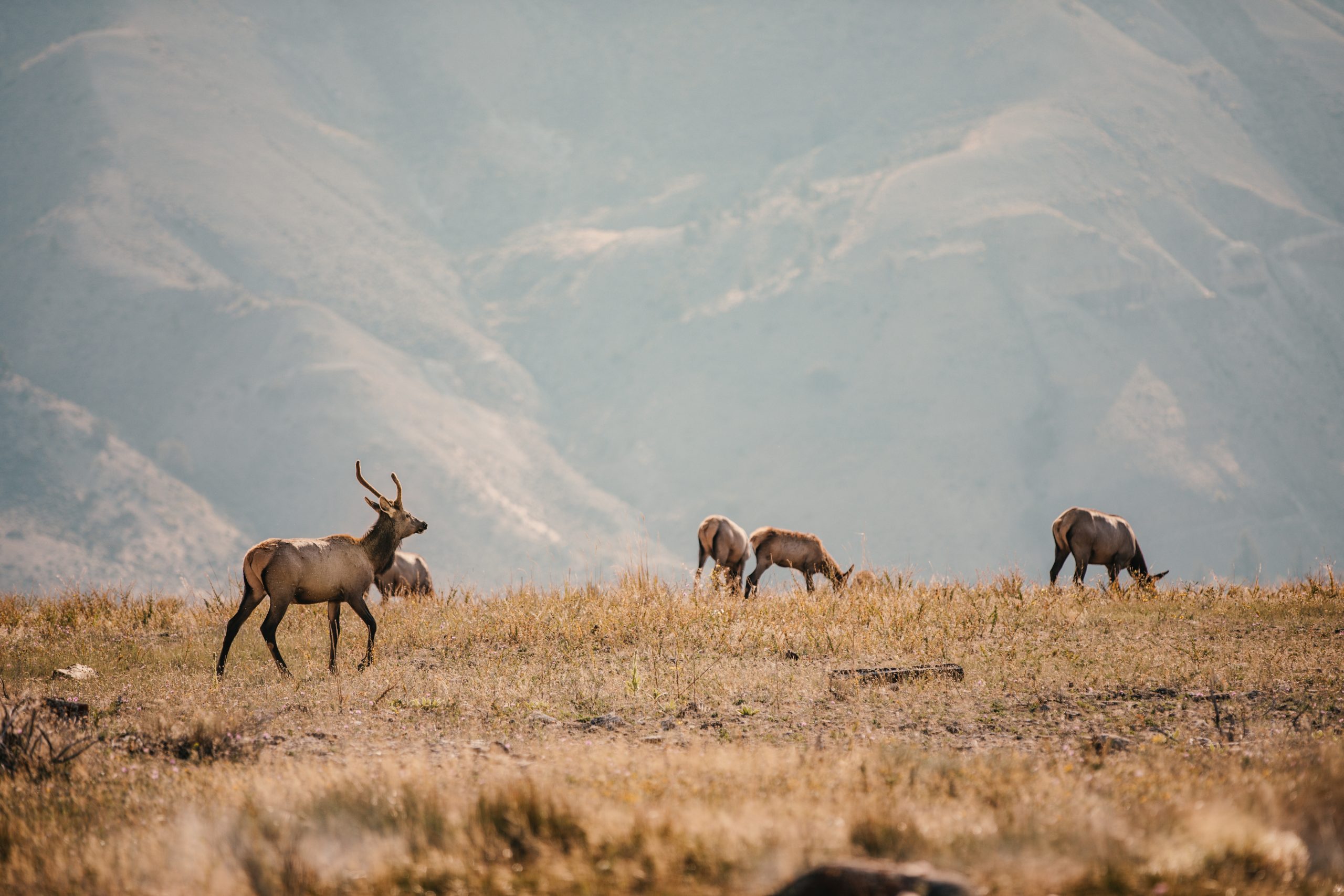 The team at the Property and Environment Research Center (PERC) is increasingly focused on creating better environmental outcomes without using taxpayer dollars and advocating for better regulatory incentives. To that end, PERC is building relationships with a few local environmental groups to create meaningful change.

“The idea is to become more outcome-focused and just not have papers that we’re publishing and sitting on a bookshelf,” says Yablonski. “But I think a big part of that is engaging others who aren’t in the ivory tower or in the echo chamber of the liberty and free-market movement.”

One such group is the Greater Yellowstone Coalition, which respects the role of private-property owners in the stewardship of elk migration. PERC is partnering with the group and a ranch family to create a 500-acre, privately funded winter range for elk in the region.

Another group PERC is partnering with is Tall Timbers. Based in Tallahassee, Florida, the group protects the right of ecologists to use controlled fires or “burns” for land-management purposes. They, however, want to share their expertise with those out west in an effort to curb the increasing number of West Coast wild fires.

“Tall Timbers reached out to us and said, ‘As we think about western wild fires and better forest management, there are all these regulation and regulatory barriers—certification barriers, litigation barriers—to doing more prescribed burn in our national forest. Can you partner with us and help drive some of those policy changes, regulatory changes needed so that we can do more forest management so we can lessen the risk of wildfire?”

Other successes in PERC’s environmental repertoire include working with the Trump administration to change incentives around the Endangered Species Act. Instead of adopting punitive measures, PERC recommended rewarding states and property owners for attracting and nurturing endangered wildlife.

Listen to the episode to discover more of the regulatory incentives PERC suggested to better steward our environment and its wildlife.

“There’s an innovation gap that exists and we as Americans should lead that instead of allowing countries like China or Europe to dominate that instead. So, that’s a very compelling message and something that we talk a lot about.”

What’s more, Backer says one thing that has long frustrated him about the center-right is its failure to produce solutions or alternatives to legislative proposals put forth by those on the left. One case in point, he says, is Obamacare and—you guessed it—the Green New Deal.

Consequently, his team at ACC is building an alternative to the Green New Deal.

“We’ll be putting sort of a framework approach that will be an alternative to the Green New Deal that people can support that has those pillars behind it—that innovation, entrepreneurship approach. But then it’s also about effectiveness and balance,” says Backer.

“The government doesn’t have to be involved in every decision at the federal level, at the state level, at the local level,” he says, adding that—if someone wants to create a “really cool new nuclear-energy technology”—they should be able to run with the idea.

Take, for example, the U.S. fracking revolution, says Bond, former chief of staff at the Heritage Foundation, and the way private industry pioneered the low-impact technology.

“It was innovation led by the private sector, but supported by government [research and development] funds that led to the natural-gas fracking revolution,” says Bond.

Energy anecdotes like this are the types of stories you’ll read on C3 Solutions’ news magazine, which aggregates stories from all over the web about private innovators making working toward the public good.

“I know that, in the past, the concern was that this was a stalking horse for socialism, but we can actually flip the script on the left on this and I’m dead serious about this,” says Bond.

“Free economies are twice as clean an unfree economies. So, if you really care about climate, you should actually be expanding economic freedom around the world, not constricting it,” he says.

“So, again, this is really an incredible opportunity for this generation and the coming generations to say, “Look, climate’s real. We know it, but the sky’s not falling, right? And we can solve, in terms reducing our impact on the environment, and the way that we do that is by free-market principles and economic freedom around the world.”

We hope this episode helps guide your charitable giving and sparks an idea about a potential philanthropic partnership. It’s our hope this episode also gives insight into ways your giving is changing lives and making the world a better place. Subscribe wherever you get your podcasts, and visit us at www.donorstrust.org/podcast to stream our episodes.