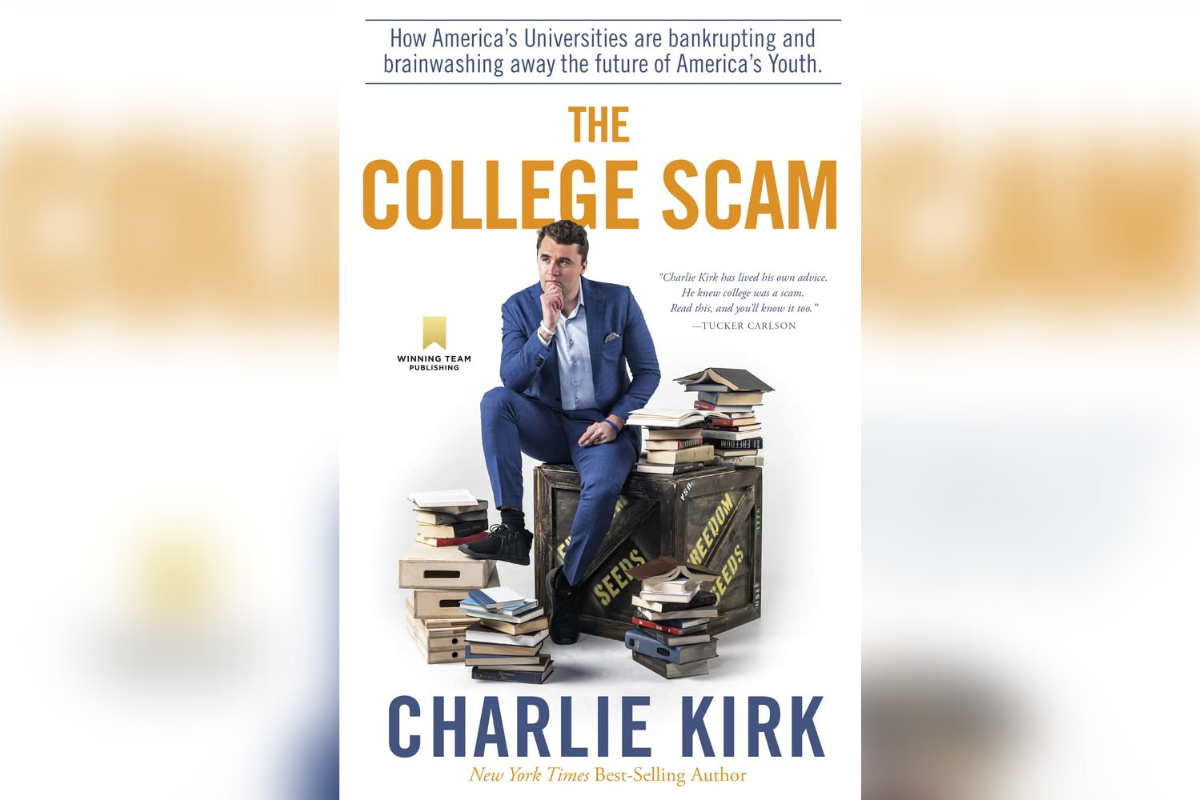 On the latest episode of Giving Ventures, Peter interviews Charlie Kirk, founder and president of Turning Point USA, a movement dedicated to identifying, organizing, and empowering young people on campus and otherwise to promote the principles of free markets and limited government.

Charlie talks about his new book, titled “The College Scam: How Colleges and Universities Are Bankrupting and Brainwashing Away America’s Youth,” and what TPUSA chapters nationwide are doing to help students embrace liberty.

The liberty-minded entrepreneur dreamt of having a long military career—one that would have started just 50 miles north of New York City at the United States Military Academy. That dream, however, never came to pass and Kirk was forced to rethink his game plan for the future.

“I thought I was going to go to West Point, didn’t get in and said, ‘I’m going to do a gap year to figure myself out.’ It turned into a gap decade, which has kind of been going about trying to solve the issue that young people are not being taught about American values,” says Kirk.

Frustrated by the increasing hostility toward free expression even in his own hometown when he was a high-school student, Kirk identified and gave voice to some of these concerns when he started Turning Point USA in 2012.

“I saw the kind of the beginning stages of what would now be called ‘wokeism’ in my local community in high school; an all-out assault on private-property rights and freedom of speech and free markets,” he added.

White institutions and corporations continue to double down on their dogmatic ideas and fight the pluralism that once embodied the American spirit, Kirk helped create an outlet for those who saw these speech codes for what they are: an attack on American ideals and our Constitution.

“More and more students are rejecting these insane ideas—and I don’t say that lightly. These are idea pathogens that corrode the bedrock of civil society, and they’re deeply unpopular. You see that with the popularity of Joe Rogan or Bill Maher that are speaking out against this.”

The groundswell of support for these personalities is only growing and will continue to grow as more and more genuinely good and decent people fall victim to overly woke corporations and their overly woke boards.

“The problem is that I think the generation culturally is held hostage by these incredibly hyper-aggressive radicals that will destroy your life if you step out of line or say something insensitive or even appreciative of America.

Young people, however, are tired of having to police their every interaction, whether that interaction is in person or otherwise. They’re tired of losing jobs and internships for expressing themselves. Eventually, says Kirk, the pendulum will swing back in favor of liberty.

“But I think there is a growing consensus of young people that believe America’s not a totally terrible country—that they believe ‘Hey, I kind of want to hear a joke every once in a while and not be worried I could lose an internship that could be deemed insensitive.”

TPUSA is organized by chapters and, not unlike Students for Liberty, encourages students to take charge and build community and host events on campus. In order to do that, however, students have to get the board out and that often requires a little bit of elbow grease, says Kirk.

“[Chapter leaders do] everything from, of course, building fraternity and partnership and relationships to hosting events on campus to helping support activities and just doing the grassroots-type of work. We call it the ‘clipboard-and-tennis-shoes’ type of work—of getting out on the campus quad, getting out and having those kind of conversations.”

In fact, the organization has high-school chapters, too, the leaders of which are dedicated to having the same types of conversations that happen on college campuses. There are 40 full-time staff that strictly focus on the nonprofit’s high-school chapters. The difference between the two? High school is about relationship building while college is “ideological warfare.”

While TPUSA students fight their battles against woke ideas on campus, Kirk in his new book takes aim at higher education—the notion that you have to get a four-year degree in order to get a job and the convoluted government system behind financing college loans for students, many of whom never even graduate college.

“I argue that, top to bottom, it’s a broken cartel—that, from how they scam kids from the student-loan side of it, from the government-taxpayer subsidy of it to the awful ideas that are infecting every major portion of American life and, you know, I go through some numbers in the book that 40% of kids that enroll in college drop out.”

What’s more, says Kirk, of those that do graduate college, 41% land jobs that don’t require a college degree. This, naturally, gives one with student-loan debt reason enough to pause and wonder whether investing in a college education was worthwhile and leaves others desperate for blue-collar workers puzzled over why so many people pursue college over trade school.

Listen to the full episode for more on why Kirk took time to write “The College Scam,” where the name Turning Point USA comes from, and why he is still optimistic about the future despite the uphill battle and hostility so many face on high-school and college campuses nationwide.

Interested in donating to Turning Point USA (or organizations like it) in a smart, secure, tax-advantaged way? If so, download our “6 Key Reasons to Use a Donor-Advised Fund.” It’ll give you ideas on 1) how to better manage your giving and 2) why opening a charitable account with DonorsTrust might align best with your conservative values.