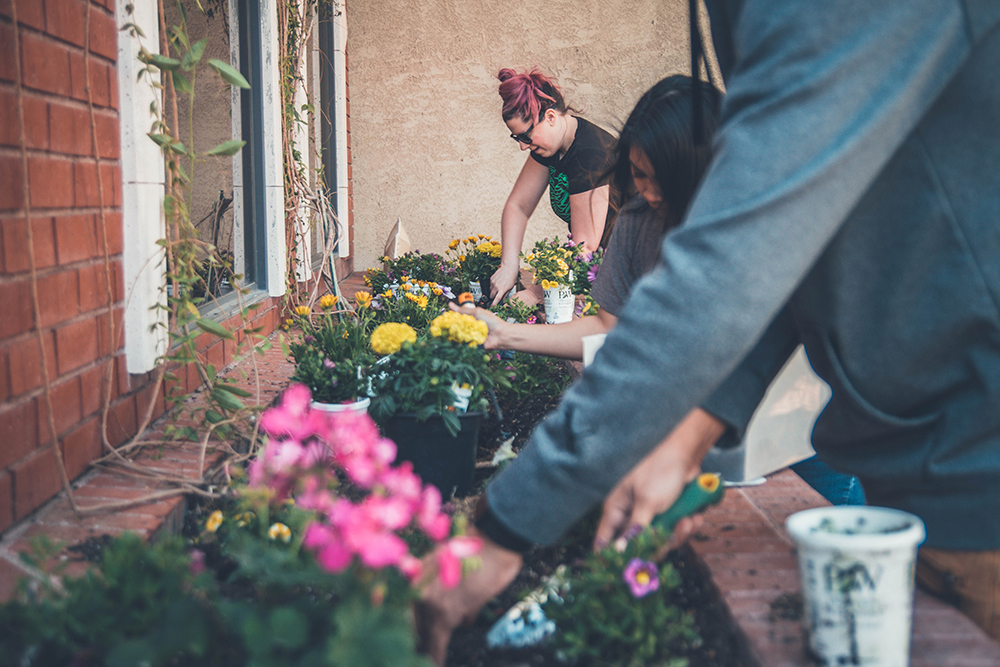 First some background as to why this episode features such a diverse group of grantees. Every Christmastime, members of Novus Society, our young-givers program for those under 40, nominate charities they admire to win our “Holiday Giving Match” grand prize.

This episode spotlights this year’s finalists, highlighting the wide-ranging charitable interests of our young givers. One of these groups won the Holiday Giving Match – but you’ll have to listen to learn who!

First, Peter talks with Michael P. Farris, president and CEO of Alliance Defending Freedom. They discuss the ongoing Supreme Court cases Farris and his team are litigating in defense of the right to life, free speech, and religious liberty.

Farris says litigation is the workhorse of Alliance Defending Freedom but that it’s always the combination of litigation and legislation working in concert that successfully advances the values that he, his team and ADF’s supporters hold dear.

“I don’t think that litigation will solve every issue that we have or advance everything. It’s an important element,” Farris says, adding legislation is particularly important at a time when Congress and the presidential administration don’t embrace “the values we’re talking about.”

Litigation, he says, continues to be a critical component in curbing harmful ideas pushed by those on the political left and that “[s]topping [the left] from using the courts, for that matter, is an important element of our defense, but also our ability to advance our values…

“It’s a very in-depth teaching in constitutional originalism and Christian views in law, and that launches them into a lifetime of service and we give them career services for the rest of their life,” he said adding there are many Blackstone alums working in legal jobs nationwide.

Click here to read more about the Blackstone fellowship.

An engineer by trade, Rodríguez says the “tipping point” that convinced him to switch gears from the private sector to nonprofit sector was Hurricane Maria, a natural disaster that devastated the already-struggling Caribbean island and unincorporated U.S. territory.

“I think the U.S. taxpayers and the people in the states have to be very concerned,” says Rodríguez of Puerto Rico’s out-of-control spending. “Puerto Rico is three times poorer than the poorest state in the United States, which is Mississippi.”

Puerto Rico, moreover, receives far more taxpayer dollars than it pays into federal coffers, and its earnings don’t come close to matching the federal monetary assistance it receives from the United States.

“We have the biggest income inequality of any state and we receive approximately $21 to $27 billion of U.S. transfer funds and, now with recovery funds, that’s almost $50 billion,” Rodríguez says. “So we spend three times more than we produce and that is U.S. taxpayer money.”

It’s time for Puerto Ricans to devise ways they can contribute to the economy and produce more than they take from federal-assistance programs, says  Rodríguez.

“If you have a territory that is under a dependency model, or really a welfare state, you need to start focusing on ‘How do you get these people out of dependency? How do you put them in an equation where they can be contributors?’”

“Because basically they’re using U.S. taxpayer monies—we don’t pay federal taxes and we’re proud U.S. citizens but we are right now dependent on the U.S. taxpayers and that needs to stop.”

Rodríguez is careful to add that Puerto Ricans are capable but the country’s economic model needs to shift, pointing out that Puerto Rico has experienced one of the largest migrations in recent years than any other U.S. state or territory. In fact, 890,000 Puerto Ricans moved to the U.S. in the last decade alone.

“It’s the largest migration wave of any state or U.S. jurisdiction…We went from 3.8 million to 3.2 million—and these are professionals, well-educated people. They get on the plane, they go to the States and they become productive individuals.”

Puerto Rico needs to retain talent and help encourage residents to cultivate new talents. “That can be done here,” says Rodríguez. “You just need to remove all these bureaucracies and all these public-sector barriers that don’t let people flourish.”

Just as Rodríguez is working to create opportunity for Puerto Ricans, the team at mikeroweWORKS Foundation is creating pathways for people to enter skilled-trades jobs and chipping away at the social stigma of not having a college degree.

“We want to close the skills gap by challenging the myths and perceptions that exist about the skilled trades and figure out what it is that’s discouraging people from pursuing the millions of jobs that are available,” says Jade Estrada, vice president of the mikeroweworks Foundation.

One way the foundation is pioneering points of entry for Americans’ foray into the skilled trades is through its Work Ethic Scholarship, an annual program that provides financial assistance to those pursuing work in a skilled trade through a vocational or technical program.

“We’re not really looking at grades, per se, but we’re looking for people who are able to make a case for themselves and show us that they demonstrate four basic things: work ethic, personal responsibility, delayed gratification and a positive attitude.”

The program this year launches Feb. 23 and prospective participants may submit their application until April 14, says Estrada, adding that 3,200 people started the application process last year but, by the time the application window closed, there were 420 completed applications.

Since the scholarship program began, the team at mikeroweWORKS Foundation has awarded more than $5.2 million in financial assistance to more than 1,200 students exploring a career in the skilled trades and, among other things, supported 19 skilled-trade programs nationwide.

“I think there’s this perception of what jobs in the trades look like, which has always been in the media sort of with a veil of ‘Not as valuable’ as the opportunities that can come as a result of a four-year degree, and we want to level the playing field and show people who are succeeding and thriving as a result of learning a trade.”