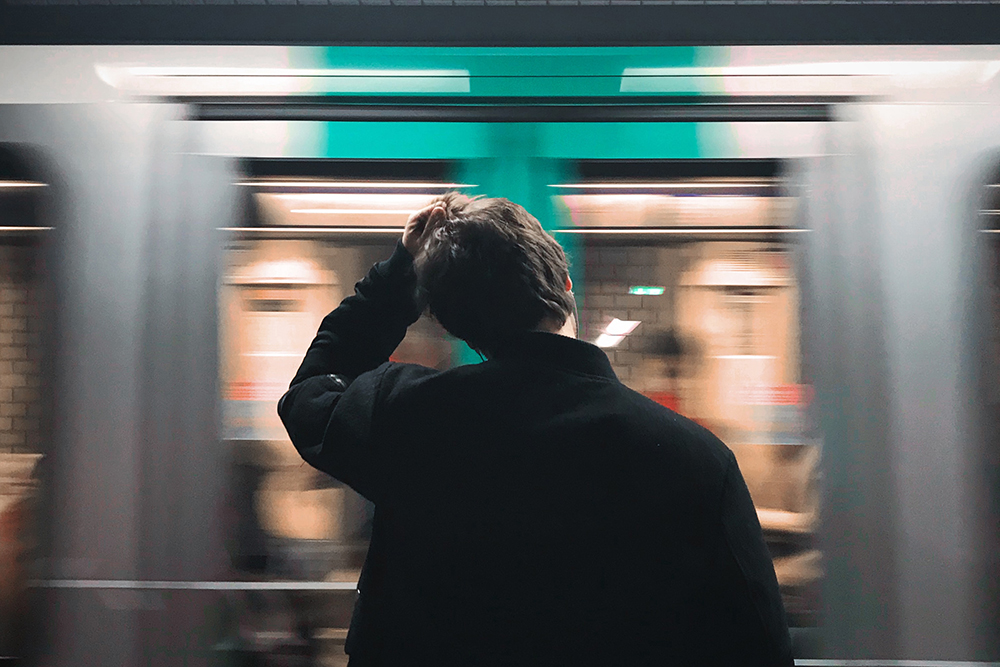 By Peter LipsettNovember 20, 2019No Comments

Is it a challenge to single-task?

There’s no shame in recognizing it.

That’s why so many articles start with crazy-short sentences like this!

That goes for work, for play, for giving…for everything.

If you need proof we can change our hap-hazard ways, look no further than Nir Eyal’s book Indistractable: How to Control Your Attention and Choose Your Life.

This book isn’t a preachy attack – it is a tale from the converted. Eyal also wrote Hooked: How to Build Habit-Forming Products. In a past life he helped tech companies figure out how to keep people using their products. Now he’s gone to the side of truth and light.

I heard him speak about the book on the Art of Manliness podcast (a great show no matter your gender). His goal with the book is to create people with a strong sense of identity in being “indistractable.” It’s similar to how a genuine vegan would never have to make a choice about eating meat – it would be counter to her sense of self.

As Eyal reviewed the key elements of learning to avoid distraction, I realized many of these same principles apply to building up a charitable giving habit.

Giving away money is easy to let slide. Indeed, we have to develop the identity of a “giver” so as to make ourselves indistractable from the philanthropic habit we hope to build.

Here are the three of his indistractability principles that best apply when you work to grow in your charitable giving.

Too often, Eyal says, we fall into one of two camps when we are wrestling with a habit: we blame or we shame. For blame, we look to outside influences that clearly are the reason we can’t seem to complete the task, follow the protocol, or do the work.

Dropped your diet? Well Jenny shouldn’t have brought in doughnuts for the office! Forgot to feed the cat? Well why can’t it learn to text me a reminder?!

On the other side, we dump on ourselves, finding shame in real or imagined shortcomings. We are too slow, too weak, too busy.

I hear both sides of this when it comes to giving. Some say there are too many groups, and perhaps there are. Others claim to be “too poor.”

If you’re a multi-millionaire, are you too poor to give? A new Barclays study suggests that this same self-shaming that affects smaller-dollar donors hits high-net-worth individuals (HNWIs). They see high-profile gifts from “celebrated philanthropists making vast commitments to causes. Many of these are multibillionaires, feeding perceptions that the smaller sums HNWIs can contribute are inconsequential.”

What Eyal suggest we do instead of blaming and shaming is to explore these thoughts with curiosity instead of contempt. Why do these multi-millionaires opt out of giving? Is it true they can’t have an impact? Am I using the same justification for my own giving? And is it true I can’t have impact?

When you commit to the goal, you have to move past the excuses. An honest examination of the situation may turn up real limitations, but they’re probably are not severe as you think. 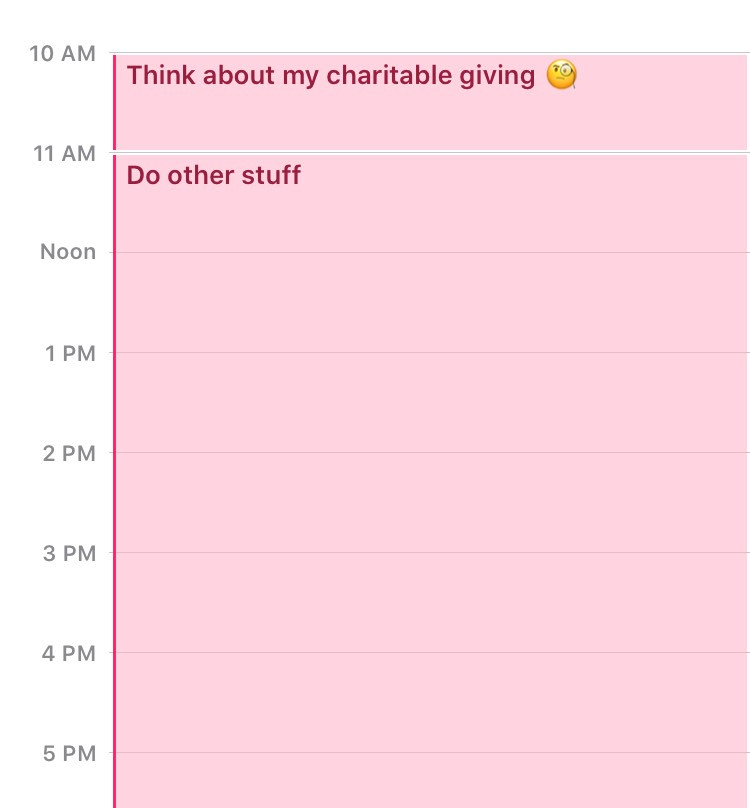 The second principle that applies to giving is a simple one. Put what you want to do on the calendar, and be a slave to that calendar.

You’ve no doubt heard this advice before: What gets scheduled gets done. Every productivity and life-hacking podcast I listen to pounds on this point. For building our habits, few techniques are better.

Schedule a time each year (or quarter, or month) to think about philanthropy. If you have a partner you’re giving with, then carve out time together. Leverage Giving Tuesday as a national calendar reminder. Pro tip: don’t schedule it for December 31 – you’ll end up rushing things.

You get the point. Putting it off until “someday” means your philanthropic planning never gets done. Put a time on the calendar and do the mental push-ups that will build your charitable muscle.

To me, this is the most important step, though Eyal adamantly says this step must happen last.

Eyal defines pre-commitment as “deciding in advance what you are going to do, so that when you potentially get distracted, you have some kind of instrument in place to prevent you from doing something you don’t want to do.”

He gives an example of a retirement account, which has early-withdrawal penalties. That creates a barrier from you undermining the work you already said you wanted to do – in this case, save for retirement.

If you truly aim to be indistractable in your quest toward being a philanthropist, you have to pre-commit. Pre-committing means you already know you will be a giver, no matter what happens. It becomes part of your identity.

I believe this is why Eyal states so clearly that this is the last step. The earlier steps of getting past the excuses and dedicating time to the goal build the habit to the point it becomes part of who you are.

If you’re a runner, you know you’re going to run on Tuesday, and you will set your running clothes out the night before. That’s pre-commitment.

If you’re a giver, you know you want to give at the end of the year, so you set aside money every month to have the resources ready. That’s pre-commitment.

Developing a saving practice for charity means you can give from assets instead of whatever happens to be in the bank account when it’s time for you to give.

Some people use a dedicated savings account for that. Donor-advised funds have grown so rapidly in the past decade because more and more people realize the advantages to pre-committing their money to charity, even when they don’t always know which charities they want to support. (You can learn more about how a donor-advised fund works here).

Start With the Goal

If you’re committed to becoming a giver, then it has to be a habit. If it’s a habit, it becomes part of who you are.

You’re never too young to be a philanthropist. You simply have to build the practice and endeavor toward strategic giving.

Put some time on the calendar today – even just fifteen minutes. Explore what holds you back from giving.

Already done that? Pre-commit your charitable dollars. Open a donor-advised fund and put money aside every month in an automated way. Schedule a day to make your gifts. Whether your giving amounts to a few hundred or several million, each dollar makes the world better.