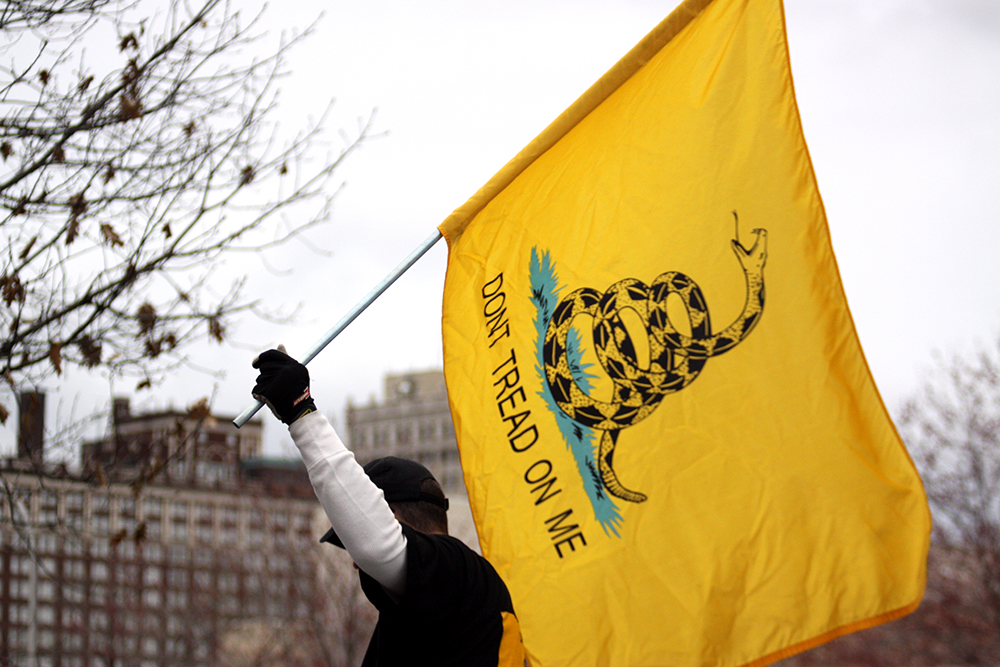 We regularly invite outside experts to offer you and other donors advice on how to approach certain philanthropic arenas. This month, long-time grassroots leader, Matt Kibbe, offers thoughts on both the existing and evolving nature of grassroots engagement and some questions donors should consider as they get involved.

The ways we do “community organizing” and grassroots engagement are being radically transformed by new social media technologies and a new generation more accustomed to choosing and thinking for themselves. All of the old rules are out the window as power and access to different ideas are democratized.

Good and bad, sometimes ugly, this paradigm shift is happening. But I believe this moment is a big opportunity for the advancement of liberty. Bigger than the tea party. Bigger than any political victory. Big enough to drive popular culture and influence policy outcomes for a generation.

This also represents a leveraged investment for 501 c3 donors interested in educating and organizing new audiences, particularly young people. For Millennials (and even oldsters like me), social media and the “long tail” of the internet give free, unlimited access to competing information and new ideas. Young people curate knowledge and crowd-source new communities the same way they choose music online, one click at a time. Marxist professors, network anchors, and political pooh-bahs beware.

Grassroots As It Was

First generation grassroots organizations like Americans for Prosperity, the Club for Growth, FreedomWorks, and the National Taxpayers Union all work to create a tangible political constituency for limited government policies. They use traditional electoral tools like direct mail and email campaigns, targeted TV and radio advertising, rallies for elected officials, and now, data-driven door knocking and neighborhood canvassing to achieve their goals.

The aim of traditional grassroots is to complement the work of academics and think tanks, to mobilize citizens to influence the behavior of politicians and candidates for office. Public Choice theory teaches us that politicians are less interested in good ideas than they are focused on trending public opinion and their reelection prospects. Saul Alinsky taught us all about “cadre building,” how to organize a small motivated group to topple a shared enemy.

When I was at FreedomWorks, for instance, we organized a massive march on Washington in 2009 to galvanize opposition to bailouts and government-run health care. It was an effective tactic. (You can see this same strategy being explicitly copied by the left today, with the Women’s March and the indivisible takeovers of Republican town halls.)

Traditional grassroots seems to be more effective in opposition, at stopping bad ideas. But in the wild world of social media, this strategy can quickly devolve into self-affirming media silos and the dominance of angry “click bait” politics.

Too often, in my experience, our ideas and values – our positive vision of freedom and choice and community and entrepreneurial disruption – can get crowded out. And as important as stopping bad legislation is, we still need to get to a positive vision of civil society.

So what’s next? Grassroots 2.0. Our biggest challenge today is that our potential audience—the community for liberty— is massive. But we won’t reach them with click bait. We have to connect with shared values and better ideas.

Borrowing again from a new generation of community organizers on the left, my organization, Free the People, is using narratives and personal stories, short video, and graphic art to make ideas accessible and cool, compelling – the fabric of a social movement you want to belong to. The ethos is almost anti-political, because the Us-versus-Them binary choice model is anathema to young people curating their own framework.

Let me quickly share an example of the potential power here. Free the People produced a series of short videos offering an alternative story, and some difficult history lessons, for young people flirting with “democratic” socialism. By distributing on Facebook, and without spending a dime on advertising, these videos reached over 60.5 million people, with total views of almost 20 million people.

Viewers become new recruits. We repeatedly engage them with new projects and things for them to do.

A second video campaign linked directly to a “war room” with educational tools and a call to action. This one video received 6.7 million views. More important, the mobilization link drove so many organic grassroots comments to the Facebook pages of our targets that the secretive gnomes at Facebook shut us down. They thought it was spam. Once we explained, we were up and running again.

Their comment to our team: “this has never happened before.”

“Never happened before” is the new normal. Free the People’s community breaks the old rules of grassroots by trending much younger, with 54% under the age of 34. But it’s not just us experimenting. There is a whole new generation of 501 c3 organizations emerging to reach, teach, and organize a broader community for liberty. I like what Young Americans For Liberty, Students For Liberty, Turning Point, and (a revitalized and retooled) Foundation for Economic Education are doing right now.

How do you make a smart investment decision when everything is changing so rapidly? The good news is that many elements that make up Grassroots 2.0 can now be tested and measured, so investors have some sense of their “return on investment.”

Ask to see the data that demonstrates impact. But as one of my favorite investors once asked: “So What?” Do video views, or even shares on Facebook, really move the needle? Are you really building a community, or just a list?

As a seasoned “community organizer,” I can tell you that the best measure of success is in the sustainability of the social movement you’re building. Look for a growing and engaged community to invest in for the long haul, one built on values, not click bait.

I just love the beautiful chaos of this new world. All of the old, top-down command-and-control institutions are crumbling before our eyes, being replaced with new people-driven, bottom-up ways of solving problems. This is precisely the right moment for liberty to trend if we are willing to seize the opportunity.

Matt Kibbe is president and chief community organizer at Free the People, an educational organization turning Millenials on to the values of liberty. He is also president of AlternativePAC, a political organization supporting Liberty candidates for federal office, and a senior editor at Conservative Review. In 2004, Matt founded FreedomWorks, where he served as president for 11 years. He is the author of the #2 New York Times bestseller Don’t Hurt People and Don’t Take Their Stuff: A Libertarian Manifesto in 2014.