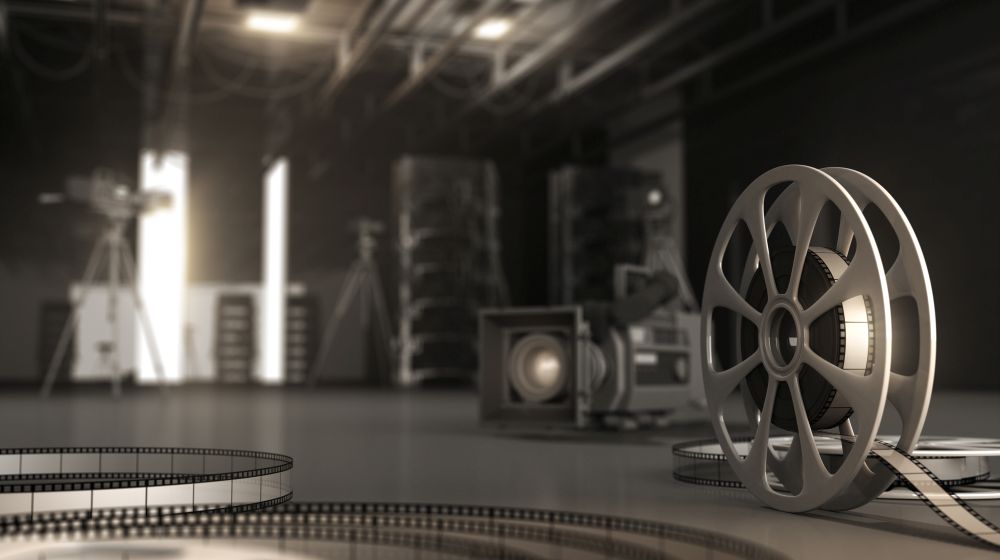 Telling the Story of Liberty Through Film

Each month, an expert from the liberty movement will share thoughts on how to be more strategic in our charitable giving. This month, Patrick Reasonover, a filmmaker and founder of Taliesin Nexus, shares his perspective on ways donors can invest in talent and projects that bring the ideas of liberty into the cultural mainstream, primarily through film.

It’s that time of year again. And the Oscar goes to:

Alas, these are not Oscar nominees or real films… yet. But what’s stopping this from becoming a reality?

Everyone loves hearing stories. Throughout time, storytelling has been the chief vehicle by which cultural values have been explored, expressed and challenged. Stories are how we understand ourselves, each other and the world around us. They are how we remember the past; how we imagine the future.

Of course, you probably already know this; we all do. Knowing is half the battle. The next part is what we do about it. I believe the real answer lies in our need as a community to both invest in creative talent and pick smart film projects to fund.

For decades, donors have made critical contributions to organizations that educate young people and develop talent in academia and policy. Consequently, we now see a flourishing network of nonprofit organizations, academics and policy scholars doing amazing work expressing and extending the ideas of liberty in analytical, empirical form.

But what about the emotional, empathetic, inspiring, heartbreaking, passionate, edge–of- your-seat form of expressing the ideas of liberty? What about the form through which most everyone consumes content – the story.

Politics, Andrew Breitbart once said, is downstream of culture. If we limit investment to downstream efforts, we are likely to be flooded out by activity upstream.

I know this because I am also a filmmaker. I recently produced a feature-length documentary, Of Dogs and Men, which premiered in November at the Austin Film Festival, winning Honorable Mention Audience Award (you can read more about the film here). What we discovered through making this film is that when people hear well-told stories, when they get to know the people involved, they want to act for change.

Every year, I meet passionate young writers, directors, and producers who want to explore and express the ideas of liberty in stories through the power of their imaginations. In 2011, I co-founded Taliesin Nexus, a 501c3 nonprofit that helps these creatives pursue careers in entertainment.

Other organizations are also fostering new creative talent. The Moving Pictures Institute does great work in talent development for film as well. Liberty Island is an effort to support liberty-inspired fiction writers started by Adam Bellow, VP at HarperCollins and son of author Saul Bellow.

The talent is there. But in order to be successful, they need support, be it a critical internship, hands-on experience making a film in our lab, training in storycraft workshops, or simply receiving mentorship from successful Hollywood pros.

Investing in individual projects isn’t easy, and donors have told me as much. The film business sometimes seems like a black box, or, less charitably put, a money pit. It is hard to know which projects are worthy of investment and whether they have potential for widespread distribution or financial success.

Here are three key questions you can ask of those pitching you on film projects:

1. Who are the key people involved with this production?

This may seem basic, but will tell you a lot. It is not necessarily a red flag that a writer or director is making his or her first film. But it is a red flag if all the key roles are first-timers. A smart investor in the film space looks for experience in the team. A first-time director in all likelihood needs an experienced producer or writer for a project to be successful. You should also ask about executive producers. A good film proposal should have experienced executive producers attached, particularly to help with distribution.

2. Who are the audiences for this film?

You’d never invest in a start-up business that has no idea who its customers will be. Yet you’d be surprised how often filmmakers have no idea who their audiences might be and no plan for distribution. The savvy investor in the film space looks for projects where there are clear audience segments for the film and a distribution plan for reaching those audiences. Filmmakers should have that upfront, prior to beginning the project.

3. What is the financial model for the film?

Film is a business. You should see a projected budget with line-items for all elements, from camera rental to insurance. You should see comparables, which are other films that are of a similar genre and budget, and how those films performed financially. You should see revenue projections based on those comparables and the distribution plan mentioned above.

Whether you are funding a 501c3 non-profit to make a film or investing in a for-profit project, the project should be treated as a business enterprise. When customers (audiences) value a good, they will pay for it. That’s a signal that the project is worthwhile and that people care. Even if you aren’t looking for a financial return, consider the potential “impact” return on the film. At the very least, it will drive your 501c3 to produce a high-quality product and think through how they will distribute it to audiences.

Whenever we do something new and different, there is always a risk. If we hope to see the ideas of liberty expressed in mainstream culture, taking a risk is what must be done.

Patrick Reasonover Patrick co-founded Taliesin Nexus. He began his career at the Institute for Humane Studies, directing their film and fiction program suite. Patrick is also a producer and partner at Just Add Firewater, a video production and consulting company. If you are interested in investing in film projects or have one on your desk right now, Patrick is happy to put you in touch with experts who can offer targeted advice on a project.