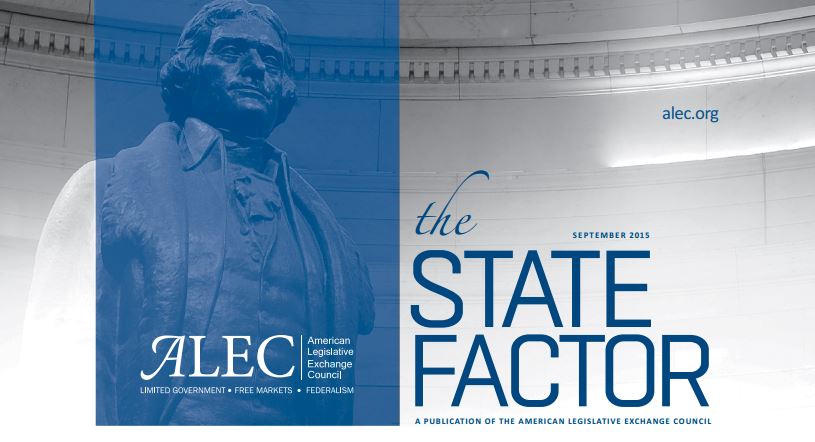 By Peter LipsettSeptember 24, 2015No Comments

Do Americans give solely for altruistic reasons? Maybe you’d like to say yes. However, people’s charitable decisions of where to give, how to give, and how much to give are influenced by numerous factors.

New research from the American Legislative Exchange Council shows that one of these many factors that affect people’s giving is taxes. In a new report, The State Factor: The Effect of State Taxes on Charitable Giving, they find compelling evidence of a causal link between a state’s taxes and the generosity of its citizens.

More to the point, the authors found that:

“charitable giving increases when the burden of government, through taxes, is reduced…[and] the reverse effect is also true; an increase in taxes is associated with a decrease in charitable giving.”

The findings likely won’t be a surprise to DonorsTrust clients or to others who ascribe to a conservative or libertarian philosophy. That lower taxes leads to a stronger society overall is a benchmark of conservative thought.

Some might wonder, though, whether the research produced by ALEC – known for its belief in and commitment to limited government and free markets – would selectively find a result that skews toward the limited-government conclusion.

The authors of the study frame the discussion in terms of the valuable role philanthropy plays in civil society. In the introduction, the authors highlight how this connection is often overlooked:

Too often, discussion on the size and scope of government ignores the role of civil society, particularly the larger role civil society can be expected to fill as government is reformed in order to tax less and focus its responsibilities on core competencies that government is uniquely situated to accomplish.

DonorsTrust supports this theory through our limitation on giving grants to organizations that receive significant amounts of government money, believing that civil society is stronger when people, not governments, engage in charitable action. Though many other charitable organizations might not take up this charge, the findings in ALEC’s report suggest that all advocates of a robust private charitable sector might want to at least support tax reductions to encourage more philanthropic giving and a stronger civil society.