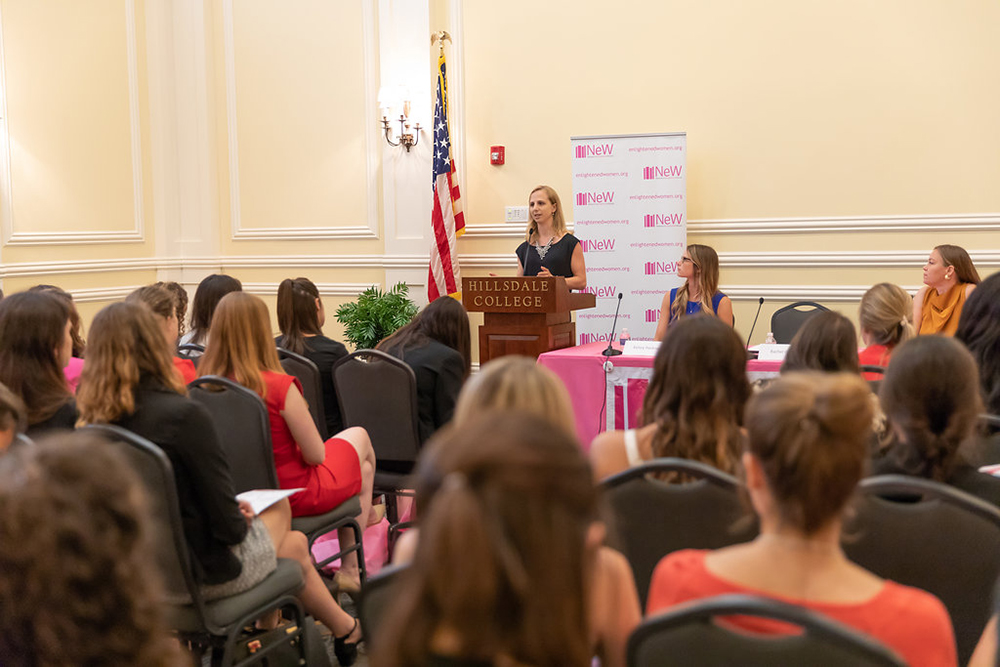 Agree to Disagree: The Diversity in Liberty

By Lydia PiteaJuly 2, 2018No Comments

It is a well-established fact that diversity of thought is a good thing.

Well, at least it used to be. If you follow whatever preferred flavor of media, or use any type of social media account, you will witness firsthand how diversity is treated in today’s divisive environment.

Unfortunately, any deviation from the accepted line of thinking risks your being labelled anything from a sell out or gender traitor, to a Nazi or communist. We expect that from our intellectual opposition, but now it seems that each side of the political aisle is unwilling to accept diversity of thought even among its own ranks.

We can argue about the detriments of intolerance and we can speculate as to how we got here, but that doesn’t change the fact that this is today’s reality in America.

So it’s time we do something about it.

Bring Back the Art of Debate

I recently attended the national conference for the Network of Enlightened Women in DC. The event brought together conservative, college-age women from around the country to discuss policy issues that particularly affect women such as women’s freedom globally, sex trafficking, and feminism. But the highlight of the event for me, was a debate between two women on the topic of paid family leave.

The debate featured Carrie Lukas from Independent Women’s Forum, who offered up the concept of allowing families to draw from their Social Security accounts early to cover post-natal needs. Rachel Greszler of the Heritage Foundation stood against the plan and offered up alternative, smaller scale solutions to the issue that would be largely driven by the private market.

While the panel was informative, I was particularly struck by how the women conducted themselves during the debate. There was no name calling, nor raised voices, nor attacks against each other’s character. Instead, there was a sense of camaraderie among the women and even a splash of quippy banter.

I left the room feeling refreshed. I had forgotten what it looked like to disagree graciously.

Paid family leave isn’t a topic I really spend too much time thinking about. (I’m only 24 and have no plans for kids anytime soon, if ever). But the care and passion these women displayed while debating leads me to do more research into the topic and to consider how I might engage in identifying solutions to the problem.

You see, these women loved liberty well during their debate.

Yes, they ultimately disagreed on how to best solve this particular issue and to what degree government ought to be involved in that solution. Nevertheless, the same love and belief in the ideas of liberty were clearly evident in each of the women. They expressed the same fears of big government and limited choices for women; the only difference was in the application of these things.

Beyond that, they both came to the table as mothers with multiple children (eleven combined) who want to find a solution that would lift up all women and afford them the freedom and opportunity to make decisions that would best serve themselves and their families.

Isn’t that why we love liberty, after all?

Diversity Can Save our Democracy

As the year continues to march on, I feel more and more that we as a movement need to lean in to diversity.

We can revive the art of debate and breathe new life into political discourse if we commit to leading by example. It will look different from organization to organization. Ultimately, it means publishing op-eds from alternate views within the liberty sphere, not cloistering ourselves within strident ideological clubs at our organizations. It means talking more generally and more openly about how the “Liberty Movement” should have a common set of shared principles, even when we will end up with varying stances on  issues.

At DonorsTrust, we have a unique position where we observe and serve the entire spectrum of the liberty movement. Our role is to serve clients who love liberty: on all sides of the immigration issue, marijuana legalization, religious freedom, and a myriad of other issues. We provide a community for donors of all the different variants of libertarians and conservatives to come together and affect real world policy changes through private philanthropy.

We lovers of liberty disagree on outcomes and solutions all the time, but we are united in the overarching belief that freedom enables people to prosper.