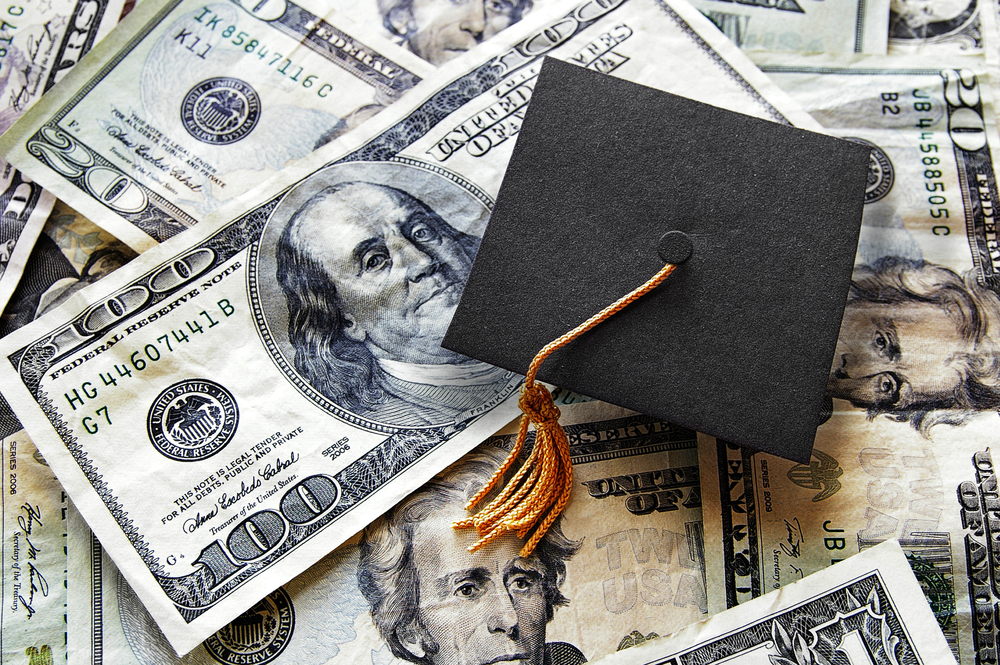 By Lydia PiteaSeptember 9, 2022No Comments

Biden recently announced plans to “forgive” up to $20,000 of federal student debt per borrower. On its face, the plan seems like a solution to delayed home buying, marriage, children—even giving. In reality, it’s a misuse of funds that’ll hike costs and push dreams farther out of reach.

As Heritage Foundation scholars write, “Past borrowers who repaid their debt have been handed an unfair bill for someone else’s loan. Future borrowers—children currently in elementary and secondary school—can expect even higher college prices as a result of this ‘forgiveness.’”

The so-called forgiveness program would apply to federal borrowers that earned an adjusted-gross-income of less than $125,000 in 2021 or 2020 and less than $250,000 for married couples. Millions qualify for a $10,000 bailout while Pell grant recipients could receive up to $20,000 in bailout money.

Bailout Will Drive Up Tuition Costs

The move could alleviate the financial burdens of some in the short-term but at the expense of future college students who will inevitably face tuition hikes and see their dreams deferred even longer as they’re saddled with higher costs.

As Heritage reports, “Federal subsidies have increased 295% since the 1991-92 academic year, and colleges doubled tuition in real terms in response over the same time period. This massive bailout will drive college costs still higher if university administrators believe students can take out loans without consequence.”

Indeed, those who have yet to attend college must carefully consider the implications of the student-loan bailout and whether the prospect of paying even more money for a four-year degree and delaying milestones even longer than their contemporaries have is worth it.

Bailout Will Delay Giving Even More

Already young givers have been forced to get inventive with their philanthropy as budgets are tight when saddled with student-loan debt, the high cost of healthcare and housing all coupled with persistent inflation and wages that, historically, haven’t always kept up with rising costs.

As my colleague writes, “Millennials nonetheless adapt and make big statements with small sums every day… They consider carefully where to put their hard-earned money, invest in brands they admire and donate their time to causes they believe in.”

The prospect of more debt, however, combined with the mega-donors predominantly sinking money into liberal causes, will push everyday young people even further into the camp of financial insolvency and leave them even more unable to support civil society in a financial capacity.

Slap in Face to Veterans

What’s more, the bailout is a slap in the face to those that paid off their loans or those that risked their lives joining the military in part for the tuition reimbursement. In fact, the vast majority of veterans oppose the proposed bailout, according to a recent poll conducted by Mission Roll Call.

As Cole Lyle, a combat veteran and executive director of Mission Roll Call, says, “For veterans and active troops who want to pursue a debt-free education through honorable service, policies that forgive student loan debt minimize their efforts and experiences.”

It also places an unfair tax burden on those who decided to forgo college altogether and those who cut their time in college short, never finishing their degree. In fact, Heritage estimates the student-loan bailout will cost the average taxpayer more than $2,000 in higher taxes as a result.

Unfair to Those That Paid, Didn’t Finish

As Charlie Kirk, president of Turning Point USA, points out on a recent episode of Giving Ventures, not all that attended college earned a degree. It’s therefore unfair to make them shoulder the debt of those that have graduated and will have stronger earning potential throughout their lives.

“I argue that, top to bottom, [higher ed is] a broken cartel—that, from how they scam kids from the student-loan side of it, from the government-taxpayer subsidy of it to the awful ideas that are infecting every major portion of American life and, you know, I go through some numbers in the book that 40% of kids that enroll in college drop out.”

Are you interested in supporting charities that are educating young people and the general public about the unintended consequences that will come with a student-loan bailout? If so, consider opening a giving account with DonorsTrust and donate to your favorite conservative charities in a secure, simple, tax-advantaged way. Click below for more information on opening your giving account today.