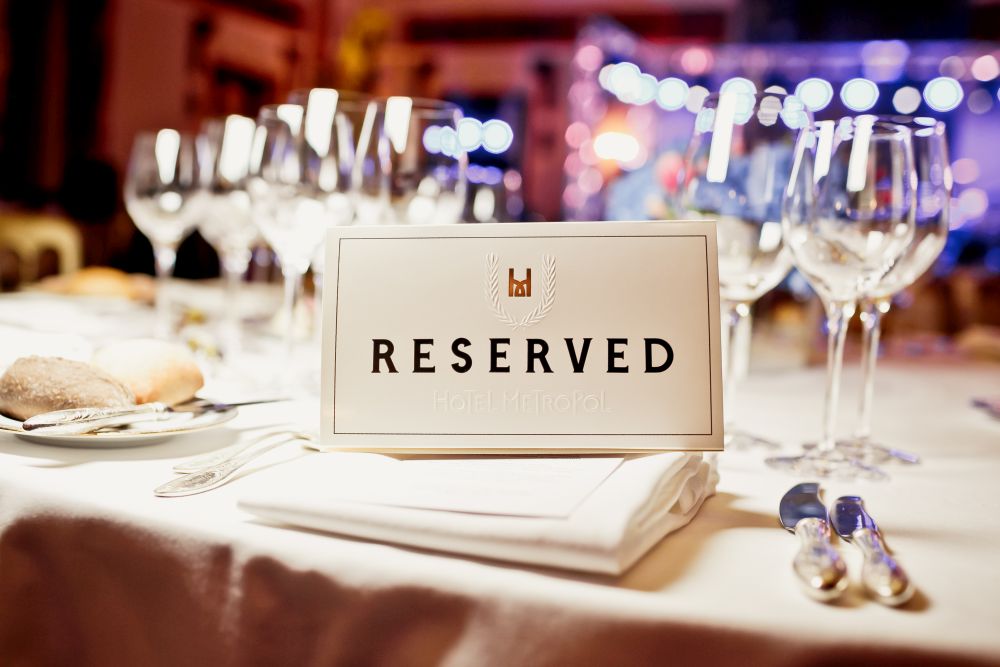 By Lawson BaderSeptember 30, 2016No Comments

It’s not culinary excellence, but the fact remains we tolerate rubber chicken, wearing a cummerbund, and searching for that matching clutch. Dressing up for “the event” can be fun, but, let’s face it, it can also be a chore.

I attend many social gatherings, and I sometimes feel this way. In fact, here in the nation’s capital, we refer nerdily to the late Spring and early Fall as “think tank prom season” given the daily invitations to annual dinners, galas, banquets and the like. Of course, it’s not simply meals and receptions that take up our time, but those weekend retreats and conferences. It sometimes appears the liberty movement is obsessed with events.

A few years back, Bowling for Soup, an alternative rock group, created a hit called “High School Never Ends.” It was a farcical take on the fact that our obsessions with, among other things, remaining with the “in” crowd, identifying with the best dressed or the most successful, appears to continue well into society’s adulthood. Is that why we clamber for banquet food?

The question is – are these special events worth your time, effort, and money? Or is it appropriate that some non-profits even allocate funds to sponsor such events?

The answer is – yes. But it may be a qualified response.

Those who actively engage with liberty-focused national and state think tanks are, frankly, a relatively small group. (This is especially true when compared against the funding base of many progressive policy organizations.) These donors are a very committed lot who enjoy being with one another and sharing in promoting a common cause.

In a world where the political scene more often than not fosters cynicism and pessimism, the social discourse and friendships we share offer an antidote. ‘Course we also like to argue! As a people group motivated more by principles and ideas than by emotive causes, libertarians and conservatives re-energize faster and effectively when we see ourselves as a team, even when at intellectual odds.

Philanthropy works best when promoted via personal relationships. The most “successful” fundraiser (or “development officer” as the industry calls them) recognizes this truth. Donors do too. The most successful events are those where both donors and think-tank staff see each other as friends, and have an opportunity, albeit a short one, to learn just one thing “new” that they did not know before. By doing this, the relationship is strengthened, and feedback loops are tightened. We who believe in market processes must also practice them by engaging with one another.

When to Be Cautious

However, there are times when special events detract from an institutions’ mission, or lead to frayed relationships between donors and doers. Unless you have been told ahead of time, or have agreed to a specific meeting, any event where you’re being openly pitched, devoid of context, should be a warning sign.

By the same token, be wary of those groups who appear to celebrate past success without acknowledging the challenges or unknowns yet to come. Anniversary dinners are certainly appropriate occasions to pause and reflect and cheer, but laurels are fickle accoutrements when economic or personal freedom is at stake. The most successful non-profit CEOs and organizations understand their comparative advantages, but always in the context of the power of the larger, more united movement.

Lastly, keep in mind that those events that are specifically marketed as a fundraiser should be treated as such. And if you are a donor to such an organization, and if fundraising events are no longer raising money, then it’s time for a serious conversation with leadership as to their special events strategy.

Dress the Part – of You

As children we wore costumes or played “dress up” to be something or somebody else. As adults, we should be who we actually are. If you still like wearing the tiara or a tie to that gala, more power to you. If shorts and a panama hat is the most appropriate attire, then wear them with a grin. Either way, know you’re with family, because that’s what we are.