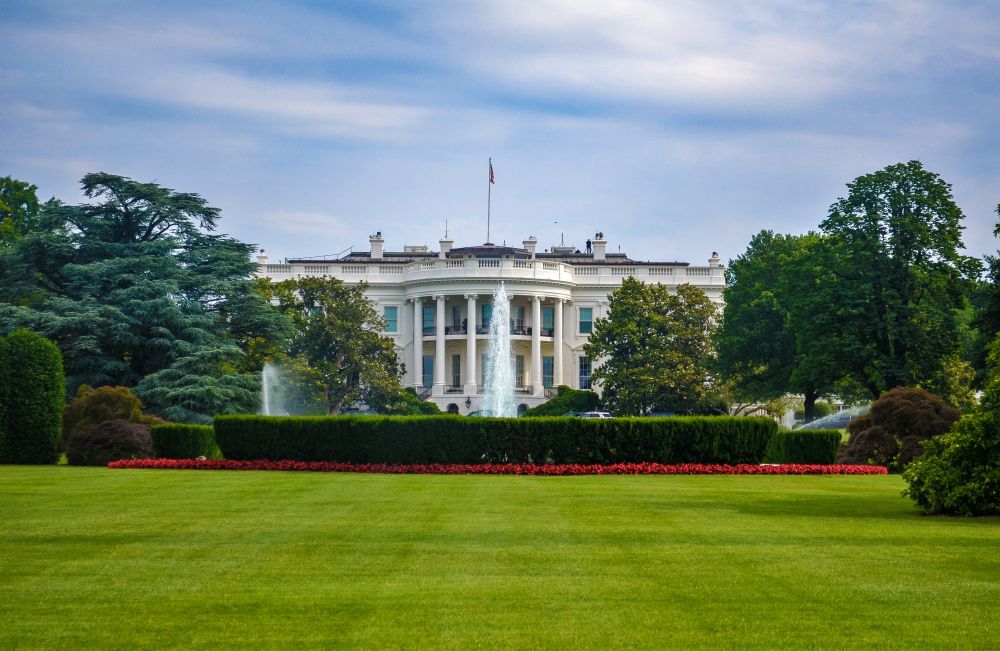 When I was an uppity high schooler, I took home a quarterly report card in which one of my teachers had written a single sentence – “familiarity breeds contempt.”

Suffice it to say, it grabbed my attention (and that of my parents!). It was a reminder not only of the power of a few simple words, but how important the Big Picture can be.

That phrase was on my mind while walking into the White House last week. For some, the idea of a “meeting at the White House” summons bizarre images from House of Cards, West Wing or even a modernized Game of Thrones. It can also lead to an overinflated sense of importance. After all, when one has lived in this town for thirty years, one grows accustomed to the trappings of American history, power, and politics that are an inherent part of DC architecture. So, I’m at the White House. Yada, yada, yada…

It was not my first trip to 1600 Pennsylvania Avenue – just another meeting in the daily grind of work. But this time, actually, it was centered on a genuinely important conversation. To cap it off, I was accompanied by my peers – the heads of many prominent private US foundations – and we were not engaging a White House staffer, but directly with the Vice President of the United States. So the familiarity of that building, and the contempt for having to be outside in a 100 degree Washington summer day, bred instead a genuine sense of purpose and opportunity.

The Future of Philanthropy

The issue at stake was the future of the charitable deduction, or at least pieces of the yet-to-be-unveiled Trump/GOP tax plan that might affect charitable giving.

Now let me say up front, this is not a blog about tax policy and the charitable tax deduction per se. There are good cases to be made that simplifying the code in such a way as to eliminate all deductions could be a preferred policy position. And, people I admire have competing and compelling reasons why as a matter of economic policy, the deduction is either necessary or a drag. You can research that on your own.

But there are two Big Picture reminders that were an inherent part of our conversation.

The first is the reminder that policymakers must always tread lightly because of the laws of opportunity costs and unintended consequences. In 1848, the French economist Frederic Bastiat developed the parable of the broken window to debunk the widely held belief that destruction (i.e. wars) can yield benefits because of the resulting public investments and “stimulus” of industry.

It’s also a reminder that incentives matter – government’s attempts to solve problems (as compared with the actions of private actors and institutions) must be grounded in the idea that policymakers never “create change,” they merely establish the conditions necessary for change. The rules of the game are merely just that – just rules. It is how people react to those rules, the good and the bad, that actually leads to positive or negative behavior.

So, in other words, government may act, but philanthropy might retract.

The second Big Picture item is actually more important. It’s the reminder that there are inherent differences between the public and private sectors when it comes to addressing problems in civil society.

Government is instituted among men, to quote Mr. Jefferson, not to grant the inherent rights of life, liberty and pursuit of happiness, but instead to secure these rights. In other words, government exists to protect the ability of the individual citizen to collaborate, pursue, create, engage, foster, lead, and solve problems.

When applied to the philanthropic world, this means that government fences itself off from interfering with private actors and institutions that address society’s needs. Read the actual Internal Revenue Service code that defines a public charity and you will encounter a comprehensive list of precisely the areas that government expects the private sector to own and address.

This was not created by accident, but intentionally and persuasively speaks to the inherent value in promoting limited public institutions. The charitable tax deduction, philosophically speaking, is a tangible reminder that citizen’s wealth, when given to these private actors, not only fails to yield any tangible benefit (and therefore warrants no tax liability) but never belonged to government in the first place.

I left the White House optimistic. I was encouraged how engaged the Vice President was and how he fervently concurred when told by Adam Myerson, meeting organizer and president of The Philanthropy Roundtable, that the “charitable deduction is an indispensable guardrail against the intrusion of government into our lives and into our communities.” So true, so true.

At the same time, that high school teacher’s comment came back to haunt me. Mr. Pence showed Adam and me his official desk (which was originally President Teddy Roosevelt’s), and pulled out the front drawer so we could see the signatures of every Vice President since Harry Truman. It was pretty unique, I confess. But when he asked me what I thought, I looked at the massive desk and replied, “Well, Mr. Vice President, you could have one heck of a beer pong tournament on this thing.”

Even in the midst of a serious conversation, he left chuckling. That’s a good sign.