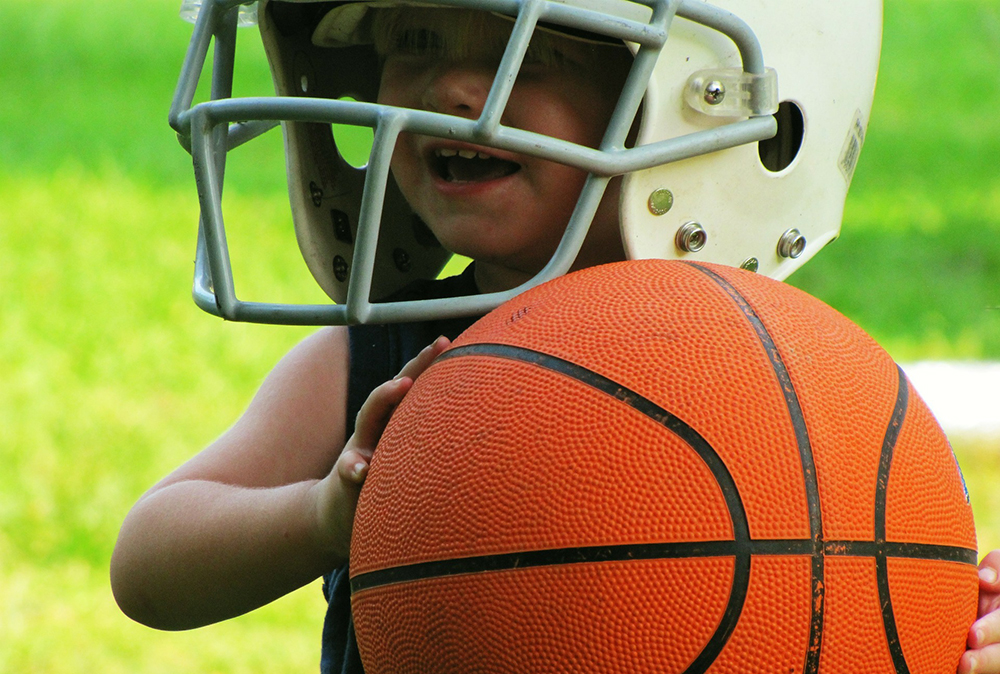 March Madness: A Time for Basketball and Philanthropy

I’m a Duke basketball fan. For some of you, that may be the last line you ever read of this blog. You have already clicked on to other more interesting topics or web sites, or possibly decided that DonorsTrust is for the birds.

My love of Duke is not rooted in my college experience (my undergraduate and graduate schools were located elsewhere), but I do have genetic connections with Durham, NC that adds blue to the color of my blood.

My passion for the Blue Devils (and ACC basketball in general) goes back many decades. Which made Coach K’s early exit from the NCAA tournament this past weekend particularly painful. But that’s why we call this early Spring season “March Madness” – a period when the NCAA men’s basketball tournament grabs hold of the country by its proverbial bracketed throat.

A Time for Sports Lovers

March, however, is more than symbolizing college basketball – it’s one of the greatest sports months of the year. By the time the Ides have rolled around, pitchers and catchers have reported and an optimistic breeze blows through 30 Major League Baseball cities. The National Basketball Association and National Hockey League are into the second half of their respective seasons, and they dribble and skate with a passion as playoff possibilities inject a heightened intensity to their play. And just as January’s Super Bowl (disaster) becomes a distant memory, the National Football League meets the first week of March to host its annual combine to showcase its trove of potential new draft picks.

However, it is 2017. And this year, March craziness extends beyond merely the sports community. College kids are dashing to the beaches for a mid-semester hurrah, some their last before graduation (and the real world) looms. Many high school and grade school teachers are desperately reaching for earphones, or a book, (or a pint) as their daily charges head out for Spring Break.

Last week, the entire east coast and southeast was blanked with a late winter storm that dumped snow on top of blooming daffodils, cherry blossoms, and crocuses.  And we are now gripped in Washington DC political charades as partisan frenzy explodes over Supreme Court nominees, repeal of the Affordable Care Act, stock market swings and the effect on potential major tax reform, FBI who-knew-what-when-and-why dramas, and Presidential tweets (and statements) that would make most communications directors cringe.

A Time For Philanthropy

What possibly does this have to do with philanthropy, or estate planning, or donor-advised funds, or the principles of limited government, personal responsibility, and free enterprise?

Actually, very little. Except this.

March is a month of great distractions – some good for the soul, others not. It is a month that reminds us we are one quarter of the way through the year. While you and I are being distracted by the “madness” around us, hundreds of thousands of non-profit institutions have gone about their daily business of healing, feeding, holding, listening, arguing, praying, helping, assuring, painting, practicing, writing, and many other active verbs that correctly define their missions to solve problems and to improve the conditions around us that make it possible for us to thrive. Together.

Next month the tax man cometh. That is scary enough, but it is also the time when non-profits publish their required IRS 990 forms. And for them, that is a stark and often frightening reminder that they exist because of other people’s money. Generously given, hopefully – and gratefully accepted, always. But other people’s money – yours and mine.

Supporting a private and vibrant civil sector is not something you should think about in December, or even just before you file your taxes. Think about it now. Today. Especially as you watch ESPN or CSPAN or the Weather Channel.

It’s a month of madness. Give to your local (or national) non-profit charity today – it will help it be successful which not only goes to its bottom line of meeting a specific mission, but it means that we accomplished it. And that’s one small step for promoting the kind of neighborhood and society that we, and our Founders, wanted.