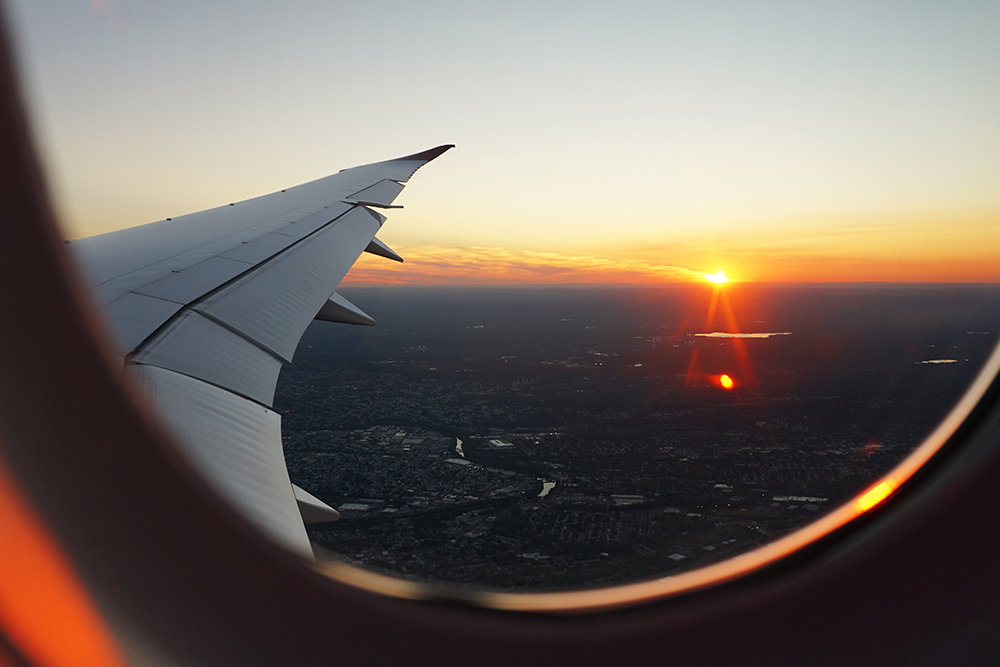 Outside the Office: The Value of Community

I write this at a cruising altitude of 34,000 feet. It’s a familiar and, dare I say, comforting spot. Complaints today about the U.S. airline industry specifically and air travel in general run rampant – overcrowded flights, intrusive security, long lines, lost luggage, frustrated parents (and kids!). I get that.

By the time the twelve months of 2017 wrap up, I will have flown 200,000 miles on nearly 100 aircraft. My TripIt app suggests I’ve been to five countries and 38 cities. The overwhelming majority of those flights are on behalf of, or somehow related to, my duties as DonorsTrust CEO.

For some, that sounds hellish. Honestly, though, it’s merely part of the job. Frankly, while there is increasing wear and tear to my body and mind, I spend less and less transit time as I benefit from accumulated airline status and expedited security and boarding lines. My answer to the question “When do you arrive at the airport” would frighten the average traveler, but that’s a story for another day.

My answer to the “why do it” question, however, is an important one. DonorsTrust is a community foundation, specifically the community foundation for liberty. But our community is not geographically defined, but ideologically driven. Our clients are scattered all across the United States. Many of the organizations that we support are equally apportioned to the country’s midsection and four corners. While DonorsTrust benefits from the “action” of the nation’s capital, resting inside the DC bubble does not further our cause. Which means, we need to get out more!

During campaign season we often hear of the “silent majority.” Both sides claim it. Truth be told, I’ve traveled enough to recognize the latent libertarianism that resides among the nation’s citizenry. (That’s a little “l”, not a big “L”). Most understand, and appreciate the basic mantra of “don’t hit people and don’t take their stuff”.

Such inherent attitudes, however do not translate to policies or political actions that mirror the ideas of limited government and deregulated freedoms. Thus, those advocating for a more free society, or at least attempting to slow the inexorable growth of the State, remain a mighty but happy few.

“Few” may be the operating word. The ability and frequency of this band of brothers to gather is not only vital to our mutual friendship and encouragement, but critical to developing the strategies and tactics that can be tested and replicated.

Last year I wrote about the importance of attending events – especially those hosted by organizations you support. They are key fundraising vehicles and remain vital to the “liberty movement’s” interconnectedness.

As I said, the most successful events are those where both donors and think-tank staff see each other as friends, and have an opportunity, albeit a short one, to learn just one thing “new” that they did not know before. By doing this, the relationship is strengthened, and feedback loops are tightened. We who believe in market processes must also practice them by engaging with one another.

DonorsTrust is more than a mere financial instrument. We serve as an important advisor to our unique community, partnering with our clients to ensure their gifts not only match their philosophical interests, but actually further our collective hope for that freer society.

We take seriously this ‘advise and consent’ role. There may be differences in practice, but there is unity in purpose – reducing government’s role in our society by using private dollars to support private organizations that solve civil society problems.

I can read newsletters and direct mail, but being present with an organization’s leadership and donor base is far more valuable.

It is also a utilitarian decision: I can see multiple clients at one time. Facetime matters. Our clients have various interests. Some are religiously conservative, others are atheists. Some value education reform, and stronger defense policies, others seek drug decriminalization and more transparent immigration stances. Knowing them is paramount to serving them.

There may be differences in practice, but there is unity in purpose – to use private dollars to support private organizations addressing civil society problems that lead to a decreasing role for government. I need to be among this community, and if you are a development officer reading this, you need to be among them too. You can’t raise money well from behind a desk.

I’m in the middle of a four-week tour de force. It began with the TFAS 50th anniversary dinner, Council for National Policy retreat, and the annual Cato 200 gathering. This was followed by multiple days in DC as part of the Heritage Foundation’s President’s Club conference and a jaunt to western Michigan for the Acton Institute’s 27th annual dinner.

As I enter a new inning, my leadoff hitter is an Ashbrook Center dinner this Saturday, with the AEI World Forum and gala on deck, and the Philanthropy Roundtable annual conference in Arizona batting third. Rounding out the lineup, after a week’s rest, are the Atlas Network’s Liberty Forum and Dinner, Reason Media Awards, State Policy Network board meetings, and a Texas Public Policy Foundation dinner in Houston.

Then, I’m grounded until January.

That’s because it’s the end of the calendar year – the time when I need to be most available to the DonorsTrust network as it contemplates end of year giving decisions in the midst of uncertain tax reform proposals and a high-flying stock market. Odds are I can probably conduct my business via email and phone calls. But, I always know that face-to-face connection is best.

So off I may go again. But at the end of the day, airplanes are just cabs with wings.